The Outdoor Power Equipment Institute (OPEI) announced that it has purchased a new headquarters building. OPEI is set to move into the new headquarters in the spring of 2018, and the building is located on 1605 King Street in Alexandria, Virginia.

“OPEI has been dealing with a problem for a couple years now,”said Kris Kiser, OPEI president and CEO. “And it’s a great problem to have: We’ve increased our membership and increased our member engagement to a point that we’ve outgrown our current location and meeting space.”

Kiser says that he believes the new building will be better equipped to meet the needs of the association. The new headquarters will include a state-of-the-art conference center that will be able to seat 50 people for virtual or in-person meetings. The company says that this new space will let OPEI members around the country and oversees participate better in association business and activities.

“As a trade group with members in Europe, Japan, China and across the United States, we have global meetings, and we wanted to be able to host them in person and virtually,” Kiser said. “Now, we’ll be better suited to host ISO, IEC and other international gatherings. Alexandria has been our home for 30 years. When we looked to make this decision, we considered other locales, and our board of directors chose to reinvest in Alexandria due to its proximity to Washington, D.C., airports, hotels, as well as its historic character and lifestyle.”

The new King Street location is on the historic main thoroughfare in the heart of Old Town Alexandria, and it is one block from the King Street Metro station, which is the second subway stop from Washington National Airport. The location will also feature private offices reserved for members visiting the D.C. area.

“In 1987, OPEI’s board was prescient and chose to relocate from Washington, D.C. to Alexandria and built its current building,” Kiser said. “The current building met our needs for three decades and appreciated considerably. Our new building prepares us for future growth and engagement.” 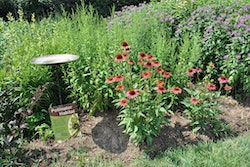 How to create a pollinator garden for National Honey Bee Day 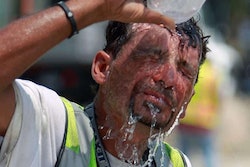 Gadgets and gear for keeping cool while working in the heat 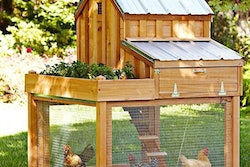 What came first: The chicken or the coop?