A peek inside Ariens’ manufacturing plant in Brillion, Wisconsin

If you’re like most people, you often don’t give much thought as to how or why a certain product you own is made.

Shows like “How It’s Made” explore how everyday items like carpet, golf balls and toothbrushes are made, but they don’t really touch on specific companies or why they do what they do.

While at Ariens’ press event last week, the company held a tour of its Plant 3, which is responsible for manufacturing snow blowers and I thought I’d share some of the behind the scenes information they divulged.

At the plant, they use an automotive style of manufacturing, which allows Ariens to train their employees faster while enabling the workers the freedom to work at different points on the assembly line.

Ariens prides itself on its in-house fabrication and has even built custom machines to create some of the parts that they need. The company even builds its own pulleys, forming it out of one piece of steel almost like a potter, rather than welding two separate pieces together.

This focus on metalwork could harken back to their founder’s roots as a blacksmith who founded Brillion Iron Works. When the Great Depression coupled with a fire caused Henry Ariens to lose the company in 1933, he was not daunted in the least and built the first American-made rotary tiller in his garage.

It was in the 1960s that Ariens entered the snow blower market and has been known for its legendary durability ever since.

However, this durability isn’t taken for granted as the company conducts rigorous tests on its machines at a 600-acre test site in Michigan, which is also used to test snow tires and serves as a military proving ground. Models are tested on various surfaces and beyond their full life expectancy.

When it comes to creating a new snow blower, Josh Wilson, senior director of engineering for Ariens, says that it all starts with an idea.

After making some basic calculations to narrow the results, they turn to aerospace level software to model the machine and find potential problem spots. With STAR-CCM+, the engineers are able to study the fluid dynamics and airflow of individual snowflakes as they go through the snow blower.

The model is then taken out for developmental testing where the team refines the data for their models.

“We try to push the limits of what is possible,” Wilson said.

Once a snow blower has been brought to market, Ariens displays its products across the street at its concept store, which is designed to help the company gather customer feedback and retail best practices.

“The store will be used to demonstrate best-in-class dealership practices, test merchandising concepts that might be offered to our network of dealers, and learn more about overall customer experience,” said Dan Ariens, chairman and CEO of Ariens.

The concept store opened in May and is an actual dealership run by Mike Buboltz. He sells both Ariens and Gravely products at the store. The dealership will feature new concepts for Ariens brand signage, product display and merchandising concepts for accessories.

In every aspect of Ariens’ business, it has five core values and these were seen on display throughout the facilities: Be honest. Be fair. Keep our commitments. Respect the individual. Encourage intellectual curiosity. 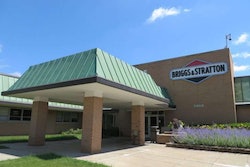 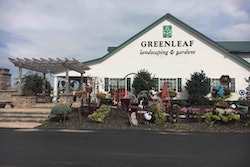 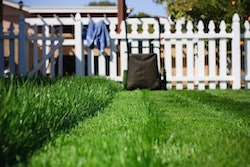 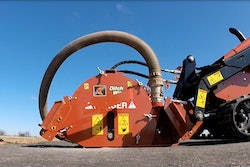