The CEO of the American Society of Landscape Architects (ASLA), Nancy Somerville, hosted an online panel on security design in the landscape on Sept. 5.

The panelists included Len Hopper with Weintraub Diaz Landscape Architecture, Richard Roark with OLIN and Bernie Alonzo with Gustafson Guthrie Nichol (GGN). The discussion was prompted in the wake of recent terrorist attacks including those in Charlottesville, Barcelona and London.

The main question of discussion was how do landscape architects keep people safe in public places without it looking like an armed camp.

For all three of the panelists, they say that they consider the safety of the public when approaching a project.

“I can’t look at any project without considering the security and the safety of the public,” Hopper said. “We look at the possible threats. We look at the circulation whether it be pedestrian or vehicular. Particularly where public tends to gather in large groups.”

The difficult challenge is that some spaces like college campuses are designed to encourage and foster the intermingling people and sharing of ideas, meaning that security is less on the forefront.

Roark pointed out that because of the recent means of terrorist attacks, people are focusing on that- like how security for airplanes increased after 9/11. Most security measures are concentrating on what is a problem right now instead of long-term solutions.

One of the key problems with terrorists’ latest method of attack is that it targets one of landscape architecture’s main goals: the gathering of people.

“We consider a successful project one that is loved and used by people,” Somerville said.

The evolution to using vehicles as weapons has brought up the question of how to and when to limit areas to vehicles. While the jersey barrier is an obvious choice for temporary means, landscape architects have the task of creating permanent, yet elegant solutions.

Several examples that the panelists brought up as good security design examples included the Washington Monument, which had a recessed trench known as a ha-ha installed around it. While it minimizes the distraction of a physical barrier, it still serves as a wall and provides seating around the monument. It received the Park/Landscape Award of Merit from ASLA in 2005.

“I use that one as the poster child of good security design,” Somerville said. “Visitors have no idea that that elegant wall is actually a security feature that’s part of it.”

Erie Basin Park in Brooklyn, New York, is another good example of security design that flows seamlessly with the landscape architecture. This dilapidated shipyard was transformed by Terrain and Weintraub Diaz Landscape Architecture in 2008. This project received the 2016 Honor Award from the New York chapter of ASLA.

Hopper explained that by using the history and culture of the site, they were able to create elements that controlled vehicular and pedestrian circulation, but provide amenities to the visitors at the same time by using the topography, boulders and other aspects of the site, all while remaining aesthetically pleasing.

While the landscape architects prefer this method of security design, they all agreed that bollards can be effective if used correctly and can be integrated into a site as well.

“It’s better than a wedge barrier or another obtrusive piece,” Alonzo said. “They are so ubiquitous, people tend not to notice them. As designers we notice them, but for the population they disappear in the background.”

The panelists all agreed when it comes to dealing with the current issue of restricting vehicle access, the pedestrian has to come first.

“Cars are a means to an end,” Roark said. “We should look at pedestrianism first. Our cars are limiting our ability to be pedestrians.”

In their closing thoughts, Alonzo pointed out that landscape architects should be tightly integrated in collaboration on security issues, to avoid miscommunications like the placement of trees in front of security cameras.

Roark believes that while it is a lot to ask for they need to work on building a stronger and more resilient society that can reach the disaffected and understand the things that create the militarized elements of a society.

“It’s the only thing that’s going to pull us together,” he said.

You can view the whole discussion below. 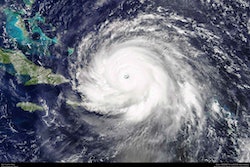 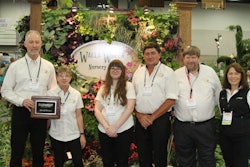 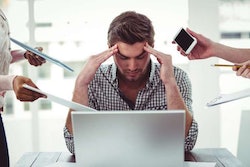 Dealing with burnout in the workplace 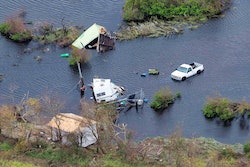