The global authority on the status of the natural world is used by scientists to determine what animals and plants are in danger of disappearing, and those labeled critically endangered are facing an extremely high risk of extinction.

The five species of ash that are now considered on the brink of extinction are the green, black, blue, white and pumpkin ash. A sixth species, the Carolina ash, has been deemed merely endangered and not as threatened as some of the other species of ash tree.

The reason why these species are one step away from extinction is none other than the dreaded emerald ash borer (EAB). Said to have arrived in Michigan from Asia in the late 1990s through infested shipping pallets and detected near Detroit in 2002, EAB has devastated the ash population killing hundreds of millions of trees.

EAB larvae cause the deterioration that leads to the tree’s inevitable death. Feeding on the ash tree, they chew through the bark and feast on the tissues of the tree creating S-shaped galleries that are a tell-tale sign of their presence. This disrupts the flow of water and nutrients, causing the tree to slowly starve.

By the time symptoms are noticeable, it is already too late to do anything to save the tree. There is currently no cure for an EAB infestation, but if proactive steps are taken, insecticide applications have proven effective in protecting ash trees.

According to the Emerald Ash Borer Information Network, EAB has now been found in 31 states and two Canadian provinces.

Just last month emerald ash borers were found in special traps in northern New York, a few miles from the Canadian border, and may represent an expansion of Canadian infestations into New York, according to the state Department of Environmental Conservation.

Ash trees comprise nearly nine billion trees in the forest lands of the contiguous U.S. yet once EAB has arrived in an area it can kill all the mature ash trees in a matter of three to four years.

“Ash trees are essential to plant communities of the United States and have been a popular horticultural species, planted by the millions along our streets and in gardens,” said Murphy Westwood, member of the IUCN Global Tree Specialist Group and director of global tree conservation at The Morton Arboretum, who led the assessment. “Their decline, which is likely to affect over 80 percent of the trees, will dramatically change the composition of both wild and urban forests. Due to the great ecological and economic value of ash trees, and because removing dead ash trees is extremely costly, much research is currently underway across sectors to halt their devastating decline. This brings hope for the survival of the species.”

Currently there are only two options when it comes to dealing with EAB. Either remove and replace the threatened ash trees or begin a program of insecticide treatment once the beetle has been detected within 15 miles of that ash tree.

The Urban Tree Alliance offers a cost calculator to determine which option is the most cost-effective choice. 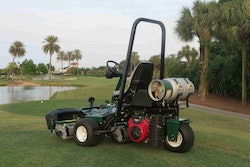 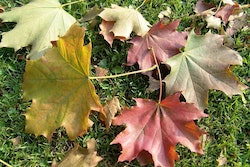 Autumn is the perfect time to improve clients’ soil

2017 GIE+EXPO, HNA estimated to be largest show so far 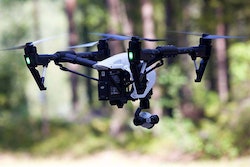