Repairing landscapes in the aftermath of Hurricane Irma

Since the destruction wrought by Hurricane Irma, many in Florida are just now starting to get back on their feet.

Homeowners are wondering how they will get their damaged property back up and thriving, but having a well-maintained landscape at the moment might be the last thing on their minds.

According to Julian Simon, operator of Simon’s Nursery in Lakeland, Florida, this is typically the case after a storm of this magnitude rolls through.

Simon, 81, has operated the company for 57 years, and he has been a landscape architect for more than 30 years.

The first step is to determine whether or not plants were impacted by salt spray/water or flooding. For salt spray, plants can be hosed down to remove the salt water. Plants that ended up in standing water for 48 hours or more may have diseased root systems, so be sure to take careful note of their conditions before moving forward.

To help the landscape begin healing, first flush the yard with at least an inch of fresh water to help remove the salt from the area. The salt from the storm water dehydrates plants by pulling water out of the roots, so the sooner those salts can be flushed out, the better.

Since Irma came through, Simon says he’s seen a few individuals attempting to fix their shrubs and trees, but he says they are doing it incorrectly.

“Gardening is not that difficult,” Simon told News Chief. “They just don’t have any information and a little bit of good advice could go a long way. People hire people with chainsaws and they pay them to cut things they probably shouldn’t be.”

Since the storm, other landscapers like Michael Gilileo, owner of Florida Green Lawn and Tree Service in South Lakeland, say that calls have gone up significantly. The requests have ranged from using chainsaws or bucket trucks to limb removal and yard clean up.

Typically, Gilileo says he was getting around six to 10 calls a day, but since Irma passed he’s received an average of around 30-40 calls a day.

Simon recommends that tree damage done by the hurricane should be dealt with sooner rather than later. Over the years, Simon has seen people attempt a “quick fix” with uprooted trees by simply pushing the roots back into the ground and filling in the holes; that will not work.

Simon says that since there are as many roots beneath the ground as there are branches on the tree, putting damaged roots back in the ground won’t support the tree.

Step one, he recommends, is to cut the roots off. The second step is to dig a large hole that can accommodate the roots that are not broken. After this, back-fill the soil gradually into the hole and add in a lot of water.

The overall goal of this process is to do it a little bit at a time and create what Simon calls a mud slurry. This slow process is more effective than simply throwing a tree back in the hole and covering it up.

The next step in the process is to take at least 50-60 percent of the soft green foliage and limbs off the tree.

“They have to be cut with a hand-snip,” Simon told News Chief. “The main focus at this point is to keep the trunk and root system alive by relieving the tree of the branches and foliage that are no longer getting supply from the root system.”

After this, the tree should be spiral-wrapped with burlap. Both the branches and burlap should be watered daily until new growth occurs. This process, according to Simon, usually takes between six and 10 weeks.

Tethering trees and dealing with wounds

For smaller trees, using three stakes is necessary to tether them, according to Simon.

When a tree is only tethered with one stake, it caused both the tree and the roots to shake underneath. This, in turn, can cause the roots to break.

For trees that have incurred wounds during the storms such as missing bark, Simon recommends removing damaged bark with a knife. After ensuring that the remaining bark is still attached, Simon says the tree should be painted with black asphalt tree paint.

The ideal shape to cut, according to Simon, is an elliptical shape, as these will heal quicker than a circle cut.

However, if the bark damage is more than 50 percent of the diameter of the tree, Simon says it will not heal. These, he says, are okay to cut down.

Shrubs that have been twisted, injured or broken will need to be removed, but for plants and shrubs that have simply been rattled or loosened, they can be saved by saturating them with water until the ground becomes soft with mud.

After this, Simon recommends tamping or lightly touching the ground to remove air pockets. Between 10-15 percent of green growth should be removed from these plants.

“With these plants, sufficient water and fertilizer will fill the void,” Simon told News Chief. “It’s not necessary to cut it out of the ground.” 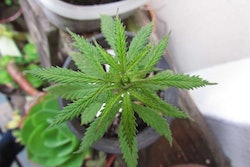 Is it high time to give cannabis a try in the landscape? 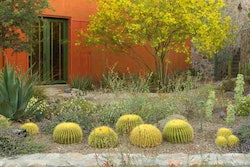 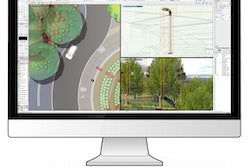 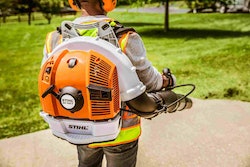