Never before has the U.S. been hit by two Atlantic Category 4 hurricanes in the same season until Hurricanes Harvey and Irma made landfall just two weeks apart.

Before the areas affected by Harvey and Irma could even fully recover, Hurricanes Jose and Maria became the next threats. All four storms reached Category 3 or higher, and they all arrived in the span of 26 days.

Harvey struck the Gulf Coast of Texas, making landfall as a Category 4 hurricane near Rockport late on the evening of Aug. 25. This was the first major hurricane to hit the state in nearly 12 years.

Over several days, as much as 52 inches of rain was dropped on southeast Texas and southwest Louisiana, which broke the all-time continental U.S. tropical cyclone rain records and triggering flash flooding in numerous states.

“When you think about a hurricane hitting, like back when Hurricane Ike hit, there were trees down everywhere, blown debris and things like that and we really just didn’t have that this time,” said Chris Mink, BrightView assistant branch manager in Houston. “There was just water everywhere. Some of the rivers and creeks rose 10 to 15 feet over their banks and turned streets into rivers.”

BrightView says its teams began visiting every client they could reach to assess the damage and began forming a game plan for clean-up before the floodwaters had receded.

“We had some trees uprooted on some sites, but that was mainly from ground saturation and them just being old with heavy canopies,” Mink said. “Anything that the water picks up as it runs down the turf areas and landscapes, we go in and clean-up for about two or three days.”

BrightView crews from both the Houston and Katy branches spent time in some of the larger cemeteries in the area that experienced severe flooding.

According to BrightView, flooding doesn’t just bring in water and spread debris; it also has a heavy impact on the plants and turf. The longer water sits on a landscape, the more the ground is saturated and the plants and turf on top are killed.

“We had one site that had 10 feet of water standing on it for almost two weeks,” Mink said. “The water has just receded there, giving us the ability to assess the damage. When you have water just standing for that long, it will kill the turf and most of the plant material by eliminating the plant’s ability to obtain oxygen and sunlight. Additionally, these waters carry silt that can be contaminated, which will also negatively affect all plant material it comes in contact with.”

The roadways and landscapes have dried out for the most part, but Texas Gov. Greg Abbott says it will still be an extensive clean-up process.

“I can tell you that once a year, someone in the Houston area experiences some sort of flooding, but nowhere near this magnitude and how widespread this is,” Mink said. “Just from speaking with a lot of people and friends I know who had their homes flooded from this storm, most of them aren’t even in a 500-year floodplain, so they weren’t even thinking of the possibility of flooding. For homes and business, they are a long way away from being done with clean-up and repairs.”

Hurricane Irma first barreled through the Caribbean as a Category 5 storm and damaged 95 percent of the buildings in Barbuda, which left the island “barely inhabitable,” according to Prime Minister Gaston Browne of Antigua.

Sustaining winds of 180 mph for longer than any other storm on record in the Atlantic basin, Irma was said to be the strongest storm to ever hit the Leeward Islands.

The outer bands of the storm hit Puerto Rico on Sept. 6, and by early afternoon on Sept. 7, almost 300,000 people had already lost power according to the Puerto Rico Electric Power Authority.

“We were lucky that nobody on the team had significant damage to their homes, other than some minor flooding,” said Antonio Torres, BrightView branch manager in Puerto Rico. “However, 70 percent of this entire area was without power.”

After hitting Cuba, Irma engulfed Florida and made landfall twice.

“The further south you go, the more the damage becomes worse and worse,” said Charles Gonzalez, BrightView vice president/general manager of the south Florida market. “Our teams are working extremely hard and many of them still don’t have power in their homes, but are out servicing our clients and team members in need. It’s not easy, but it speaks to the resilience of our teams and how dedicated they are to their work and to each other.”

“It has been encouraging to see all of our people return safely to their homes with minimal damage, but it’s also extremely sad to see the destruction to gardens and landscapes that we’ve maintained for many years,” Gonzalez said.

Before Irma’s turn to the north, BrightView organized crews across the country to be on standby to lend labor and equipment to Florida when needed. Two days before the storm hit, 50 teams from New York to Georgia were awaiting the green light to head south. The company says that teams as far as California were even willing to make the trek.

“Our entire team stepped up to the challenge and showed why BrightView is the best to handle these situations,” said Aaron Strange, branch manager at The Villages, located roughly 45 miles northwest of Orlando. “Together, we were able to show the strength of BrightView by responding to all 100,000 homes in a 36-hour time span and all the common areas within the week.”

After escaping the full force of Irma, Puerto Rico was devastated by Maria, which went from a Category 1 to 5 within 15 hours.

Maria made landfall as a Category 4 on the morning of Sept. 20. With sustained winds of 155 mph, it became the most intense hurricane to hit Puerto Rico since the 1928 San Felipe/Lake Okeechobee hurricane.

After 14 hours, Maria moved from the island and left behind collapsed rooftops, cement structures ripped from their foundations, shattered windows, roads turned into rivers, trees toppled and more.

Power is estimated to be out for four to six months in Puerto Rico.

BrightView says its top priority is the safety of its team members and their families. Leaders are reaching out to the Puerto Rico team with support standing by. 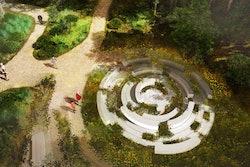 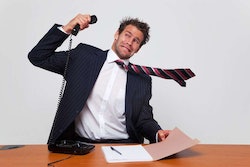 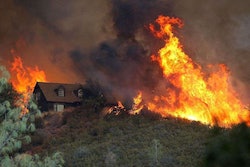