Landscape architects are often trying to find ways to make their designs more immersive or realistic with various technologies like virtual reality, but one area could provide a plethora of possibilities.

That area is video game development software. 50-year-old landscape architect David Fletcher discovered the raw power of designing in a game engine when he was hired to help work on creating the landscape the 3D puzzle video game “The Witness.”

Fletcher is the founding principal of Fletcher Studio, based in San Francisco, California. His firm worked along with independent developer Jonathan Blow and his company to create a deserted island where players had to find clues coming from patterns found in the terrain, vegetation and abandoned architecture.

As Fletcher and his team worked on constructing the island, the ability to walk through the 3D model changed the way that he approached design. During his time working on “The Witness,” Fletcher began renovating the decrepit South Park.

Built in 1852 to serve the aristocratic society, South Park is the oldest park in San Francisco but had become sorely neglected. The South Park Improvement Association reached out to Fletcher to collaborate with the community to create a master plan.

While working on this contemporary interpretation of the original English strolling garden, Fletcher reached out to Digo Lima and his firm studioANOMALOUS, who were designing the structural elements for “The Witness.”

Lima helped Fletcher transfer the South Park project into a game engine to see if designing landscapes in the software would work beyond video games. The team at Fletcher Studio were able to walk through their virtual designs and determine firsthand what worked on the ground level.

The matrix was a success and the residents near South Park received a revitalized green space that features a custom play area, stages for performance, an open meadow and a meandering pathway.

Since then, Fletcher’s entire firm works in game engines.

The latest project Fletcher Studio has been working on with game engines is the Mendocino Spreading Forest, which is a memorial for people to spread the ashes of their loved ones in a forest. The ‘spreading forest’ concept came from Better Place Forests’ founder Sandy Gibson, who wants to create permanently protected, visitable forests for those who want to spread the ashes and be able to return to the site.

“The park will be a landscaped, maintained forest with paths, benches, a visitor center and restrooms,” Better Place Forests says on its website. “Our vision is that every person who visits our Mendocino Spreading Forest will be amazed at the peaceful, serene and beautiful setting. And that it will serve as a fitting location for people to truly remember their family members that have died.”

Due to the unprecedented nature of the project, Fletcher’s studio is well equipped to explore the design within the expansive matrix of a video game design engine. The spreading forest is scheduled to be completed in 2018.

Of course, Fletcher isn’t the first to use video game technology to help with design as Urban Ecosystems uses the gaming engine Unity to create its virtual reality renders.

Some of the other video game design software that are available and used are Unreal Engine, which offers a free suite of tools, World Machine, which is a terrain modeling program and Lumion, which is based on gaming technology but is focused on architectural visualization with tools to integrate with Revit.

Below is a video of how a Lumion final rendering can appear. 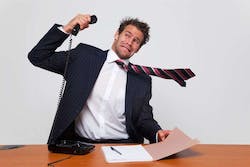 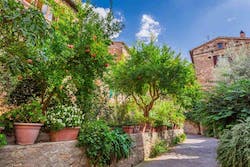 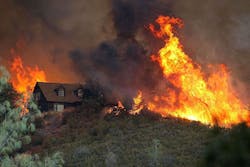 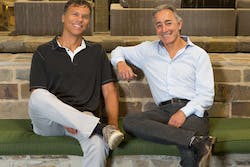