As landscapers set about helping homeowners’ properties recover from Hurricane Irma, the Ocoee police have had 12 cases of stolen equipment in the past week.

One of the landscapers robbed was Simon Weafer, owner of TLM Landscaping, which has been in business for 12 years.

“We had a lot of equipment ready for helping our customers and the community after the hurricane, so we invested a lot of money in chainsaws and stuff like that,” Weafer told WFTV.com.

However, Weafer had the sickening discovery on Monday that $10,000 worth of new equipment was gone. The equipment was taken from two locked trailers that were at a storage facility in Winter Garden, Florida.

“We’re having to come up with the extra $10,000 to replace the equipment, which we have to do,” Weafer told WFTV.com. “We can’t wait until any insurance will kick in.”

He estimates the insurance will cover about 50 percent of the cost and has had to postpone some work until he can replace the equipment.

Winter Garden police are looking into the case and the Ocoee police have shared an alert to landscaping businesses on Facebook advising them to secure their equipment indoors and place special identifiers hidden on the equipment.

Landscapers team up to find thief who robbed them both

Two landscaping companies in Wilmington, North Carolina, are offering a $1,000 reward for any tips that leads to the arrest of the thief who burglarized their properties.

On Saturday around 4:30 a.m. a person used bolt cutters and broke into the fenced lot of Levy’s Landscaping. The thief stole around $4,500 worth of lawn equipment.

Then on Monday around 4:30 a.m. again, an intruder cut the locks on Sunscapes Landscaping’s fence and storage units and made off with $15,000 in lawn equipment.

Lewis learned of the Levy’s Landscaping robbery while calling pawn shops trying to locate his equipment. He contacted owner Lior Levy and the men met to compare surveillance pictures and video.

They quickly realized the thefts were the work of the same man. Lewis told the Wilmington Star News the burglar appeared to be a black male at least 6 feet tall and wearing glasses. The bandit wore light colored sweatpants and a sweatshirt with the hood up both times. He is believed to be driving a black Ford F-150 pickup truck.

Tipsters are asked to contact the Wilmington Police Department if they have any information.

Over $20,000 in equipment stolen from Hilton Head landscaper

Ocean Woods Landscaping, based on Hilton Head Island, South Carolina, has 42 pieces of equipment stolen sometime between 5:30 p.m. on Friday and 6 a.m. on Monday.

Leaf blowers, string trimmers, hedgers and chainsaws were among the equipment stolen and the company estimates it at a combined value between $20,000 and $25,000.

A deputy met with a manger of the landscaping company who said that the items were taken from six landscaping trailers and three work utility trailers. The trailers had been locked and stored behind a locked fence on Friday when the manager when home.

Five locks were found on the ground and a portion of the fence had also been removed.

A path had been cut through the woods that were against the fence and let to an open field were there were tire tracks.

How to protect your equipment

Although theft cannot be completely prevented, there are ways to deter thieves and increase the chances of you recovering your equipment. Here are some options listed below: 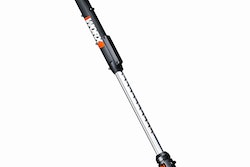 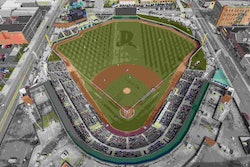 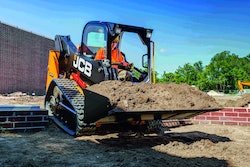 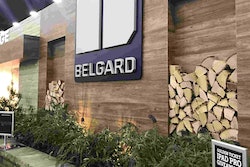