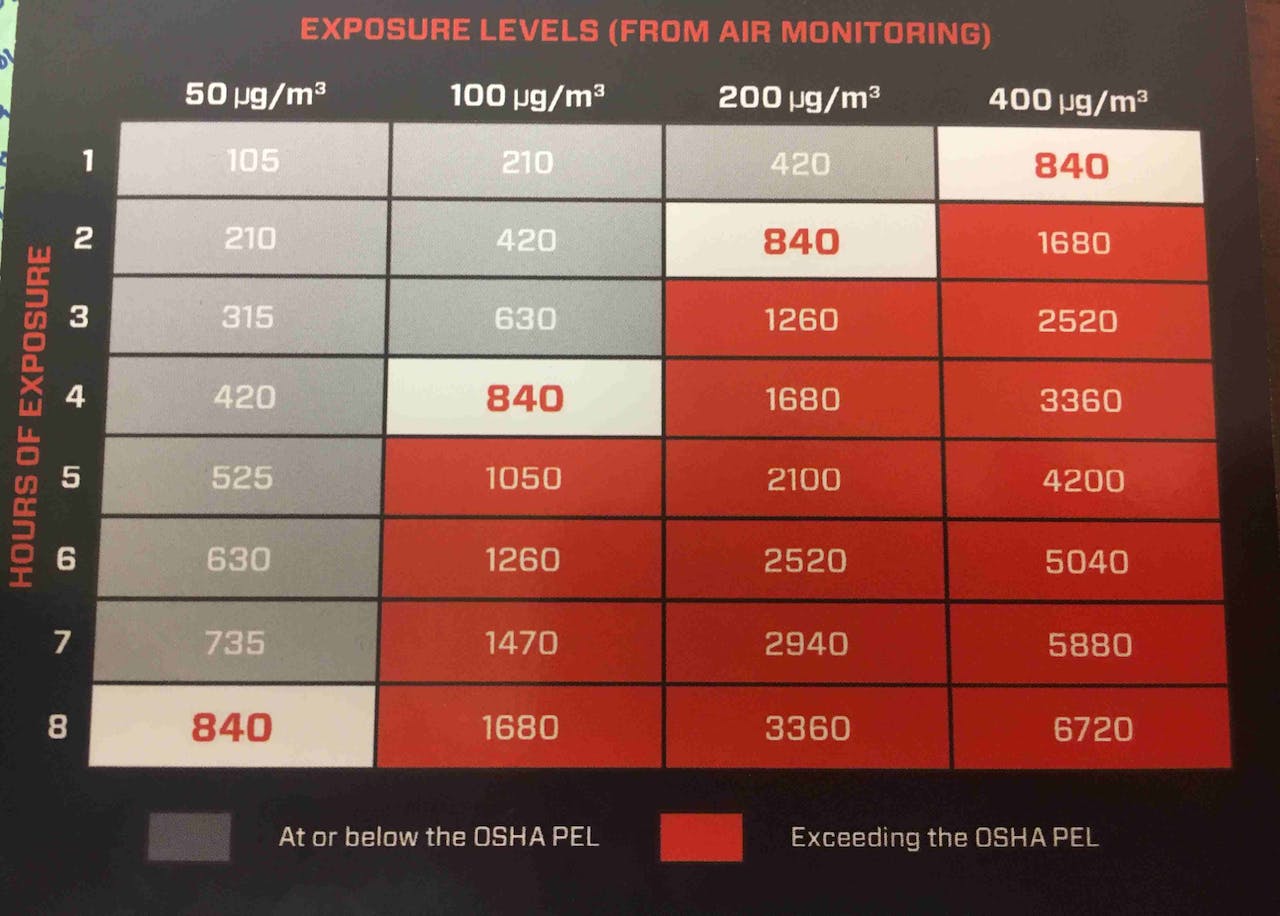 Greater exposure to silica decreases operators number of hours they can work around it. Photo: Jill Odom

Last month the Occupational Safety & Health Administration (OSHA) rolled out its new regulation of respirable crystalline silica, but for the first 30 days it offered compliance assistance in lieu of enforcement for employers who were making an effort to comply with the new standards.

Now, since Oct. 23, OSHA has been fully enforcing all of the appropriate provisions of the new rule. While the final rule can seem intimidating, the main purpose of OSHA’s new standard is simply mitigating the amount of breathable silica workers are exposed to.

The new permissible exposure limit (PEL) is 50 micrograms per cubic meter of air over an eight-hour shift. Employers can either use a control method laid out by OSHA’s Table 1 or measure their workers’ exposure to silica and decide which methods work best to limit silica exposure.

There are three factors when it comes to determining PEL for workers: air, dust and time. The average adult male employee who works at a moderate level breathes 16.8 cubic meters of air over the course of an eight-hour workday. 840μg is the total amount of silica a worker can breathe in an eight-hour work day using a time weighted average.

iQ Power Tools has had its tools third party tested to determine the amount of dust that a worker is exposed to using it, removing the guesswork for the employer. Many tools designed to mitigate silica apply water to the saw blade, but iQ Power Tools has waterless tools that can still cut down on respirable crystalline silica.

“The reason we’ve gone waterless a lot of times is because when you get on site and start using water, for example if you’re cutting pavers or brick, it means their hands are always wet,” said Cameron. “It creates a slurry as well that needs to be cleaned up as well. So, we mitigate that by doing it dry so they don’t have to worry about that.”

Regardless of which control methods employers choose, all are required to have a written exposure control plan, designate a competent individual to execute said plan, restrict housekeeping practices that expose workers to silica when there are other options, offer medical exams, train workers to reduce their silica exposure and keep records of workers’ silica exposure and medical exams.

“Silica does cause disease; silicosis and some other diseases that are irreversible and kill people so it’s a very serious thing,” Cameron said. “I mean, it’s important that it’s being enforced. A lot of people just don’t know. A lot of these workers have been living in a cloud for years and not understanding it. A lot of their bosses don’t understand it either so that’s kind of the gist of it.”

Check out the video below to see a visual representation of the different amounts of silica a worker is allowed to be exposed to. 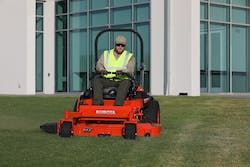 Kubota’s latest mowers will be available in December 2017 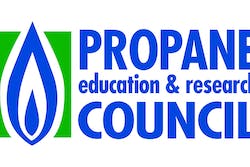 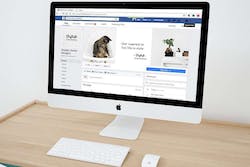 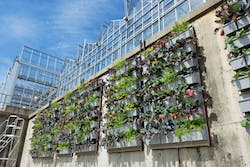