How to fire an employee the right way

There probably aren’t a ton of people that relish saying, “You’re fired.”

This is because the majority of people want to avoid conflict, and are sympathetic because they would not want the roles reversed. Yet it is a necessary part of running a business, especially if you want it to be the best it can be. Sometimes people aren’t a good fit for your team and other times they are clearly in violation of workplace policies.

Here are some of the factors to keep in mind when it comes time to terminate an employee relationship.

You always want to check with the proper authorities if you are in your rights to fire an employee because otherwise, you could be putting yourself and your landscaping business at risk. Knowing you are proceeding legally can give you confidence when heading into an already uncomfortable conversation.

If there is no employment contract, you have the right to fire employees at any time for any reason or no reason at all, but there are three major exceptions to this at-will right to fire. Under federal law, you cannot terminate workers for their age, race, religion, gender, national origin or disability that does not influence their job performance. Some states include other limitations, such as someone’s sexual preference.

You also cannot fire employees for reasons that violate public policy, such as if one employee reported your company to the OSHA for violations. You also need to make sure you have not told employees they will only be fired for cause only. This can create an implied employment contract.

It is a good idea to run your reasoning for termination by an impartial third party and imagine justifying yourself to a jury as an ex-employee’s lawyer may try to say your actions were unfair or vindictive. By having clear job descriptions listed and a progressive discipline policy and following it, you are laying the groundwork of showing when the employee has failed to complete their tasks or have violated policies. Terminations should not come as a surprise to the employee.

Be clear and swift

Once you have decided there are no other alternatives to termination, it is best to act swiftly, but humanely. As Billy Beane puts it in Moneyball, “Would you rather get a bullet to the head or five in the chest and bleed to death?”

You should think out the important things you plan to say and stick to your script. Choosing your words carefully will ensure there is little for the employee to dispute. Don’t waste time with small talk. Start the meeting by letting them know you have some bad news and then tell them directly that they are being terminated.

The last thing you want is for them to not be sure if they have a job or not at the end of the conversation. Let them know in a brief statement why you have chosen to let them go, but don’t argue with them.

Avoid harsh words and generalizations that will only inflame the issue. Having another individual in the room can keep things in check and they can also serve as a witness if things do get heated.

Once you have said your piece, allow the employee to speak and listen to what they have to say. There are four main reactions to the news of losing a job and knowing which one they are experiencing can help you respond appropriately. If an employee is in shock, acknowledge the emotion and repeat and restate the message. Similarly, those who are in denial need to hear the statement repeatedly until you are sure the message got through.

Be firm with employees who are angry and don’t debate with them the merits of the termination. Continue to speak in past tense so they know your decision is final on the termination. For those experiencing grief, keep a box of tissues on hand and keep the conversation moving forward and focus on the future.

While you may be truly sympathetic that you have to let an employee go, you still need to go over the essentials whether it be pay, unused vacation time, or company property in their possession. Don’t drag things out by not having these matters sorted out before the conversation.

It is also a good rule of thumb to have the former employee escorted out after collecting their personal belongings.

Employees who are left in the dark after a termination can leave many uneasy. Be consistent about how you let co-workers know about employee departures, whether it is an email or a quick meeting. You don’t need to go into the details, but they do need to be made aware.

“A termination should never be kept a secret,” says Jeff Schwartz, owner of Ashton Manor Environmental in Ashton, Maryland. “I also wanted to show everyone is held accountable to the same standard.”

Firing an employee may be an unpleasant task, but the only thing worse is keeping any employee who is a drain on your team and your business.

Dick Grote, a management consultant in Dallas, Texas, says, “Remember: It’s not the people you fire who make your life miserable. It’s the ones you don’t.” 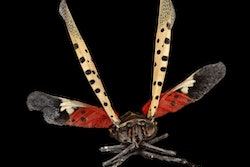 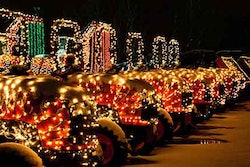 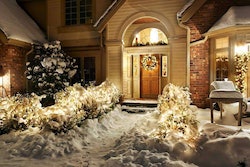 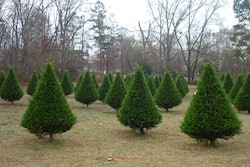