How to: Restoring your clients’ crape myrtles after they’ve been murdered

It’s that time of the year again and the crape murderers are out in force topping trees and disappearing into the night.

As severe as the name sounds, it is rare indeed that homeowners or professional landscapers are actually topping these plants with malicious intent, but if this practice is continued on an annual basis, the damage will still be done.

The “murdering” is often carried out in the belief that topping crape myrtles in the late winter and early spring will result in producing more blooms. While crape myrtles bloom on new growth, they do not require this extreme level of pruning to flower.

Others may be topping their crape myrtles because they are not suited for the space, but this is simply a result of placing the wrong plant in the wrong location. Knowing a cultivar’s mature height and spread can save you from having to maim these plants at all.

Yet the vast majority are not topping their crape myrtles for any reason other than the fact they have seen everyone else doing it.

“It makes people comfortable when they are doing what many others are doing,” Edward Gilman, a professor of environmental horticulture at the University of Florida, told The Washington Post. “The way people prune trees in the U.S. is largely not rooted in science. A lot is culture-based.”

If you have a client who has seen the error in their ways or you’ve taken on a new property that was cared for by a landscaping company that didn’t know any better, there is still hope for these resilient plants. It can take up to five years to remediate the harm done, but it is possible.

Depending on when you become responsible for the property will determine if there is any action you can take at the time.

January or February are opportune times to carry out the first steps of fixing a crape murder. The first step is to prune off the knobs that often look like a clenched fist if the crape myrtle is pruned this way enough.

Thin shoots will grow from each stump, then you must choose one or two sprouts per trunk and then prune the rest.

Allow these shoots to grow and cut away any sprouts that develop near the base of the chosen shoots. As the saved shoots grow, they will eventually thicken to nearly the size of the original trunk. Train these shoots to grow up and out and remove side branches that grow from them toward the center of the tree.

Aside from the initial pruning to get the crape myrtle back on track, do not remove more than 25 percent of the tree’s growth at any one time.

Once you have restored your client’s crapes back to their natural beauty, keep these proper pruning practices in mind to ensure your hard work wasn’t for nothing.

As the tree matures, remove lower lateral branches one-third to halfway up the height of the plant. Remove limbs growing from the ground level except for the three to five strongest in order to retain the desired tree shape.

You can choose to remove the seed heads before growth begins but this does not affect flowering the next year. Once the crape myrtle has become tall enough, allow nature to take its course, as the pods will drop and the tree will bloom on its own.

The rule of thumb for pruning a crape myrtle is much like pruning any other plant. 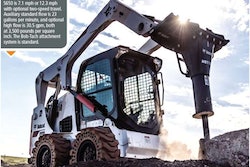 The death of the skid steer has been greatly exaggerated 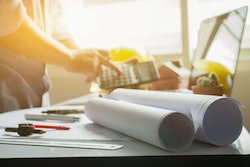 Planning versus budgeting: How to be the architect of your business 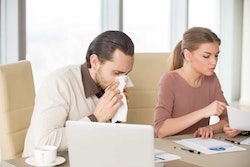 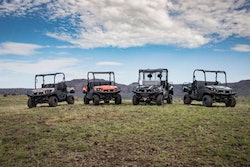