This week, Canadian police recovered the remains of a seventh person believed to have been targeted by 66-year-old landscaper Bruce McArthur, the Toronto landscaper accused of burying his victims’ remains in large planters on the property of his clients.

Both Esen and Kinsmen were reported missing from Toronto’s Gay Village at different times last year. There were concerns about men going missing from the area for years and fears that a serial killer was preying on the community.

After finding remains of dismembered bodies in the bottom of outdoor planters, McAuthur was charged with the murders of 58-year-old Majeed Kayhan, 50-year-old Soroush Mahmudi and 47-year-old Dean Lisowick.

This week, Canadian police released a photo of a man they thought was another victim; so far, they haven’t been able to identify the man.

“I do not want to release this picture and I’m doing so as a last resort,” Hank Idsinga of the Toronto police service told The Guardian. “It is obviously a key piece of evidence that we have that we are releasing, but we feel by releasing it, hopefully we can identify him and close off that area of the investigation.”

Idsinga would not tell where the photo was taken and said it was not clear whether the most recent remains found belonged to the unidentified man.

According to The Guardian, McArthur is believed to have met his alleged victims through dating apps and in the Gay Village. McArthur has yet to enter a plea, and The Guardian says his lawyer did not respond to a request for comment earlier this week.

According to the Miami Herald, a woman in Lantana, Florida, was recently attacked by a man hiding in the bushes with a chainsaw. The man was identified by authorities as Juan Carlos Cabrera Jr., 20 years old.

It was reported that the man jumped on the woman while she was walking by a Super 8 motel in the 1200 block of Hypoluxo Road, where CBS12 reports he was allegedly staying.

According to Lantana police chief Sean Scheller, the victim, 64-year-old Marie Geffrard, told responding officers that since the man had a chainsaw, she assumed he was a landscaper; this assumption was correct.

According to The Palm Beach Post, the arrest report states that Cabrera listed his occupation as a “ground man” for a landscaping company; Cabrera has been arrested twice before on possession charges.

“He approached her, there was a physical contact and he threw her on the ground, proceeded to fire up the chainsaw and strike her on the upper chest,” Scheller said in a press conference, according to the Miami Herald. “She tried to defensively get away and it struck her on the hand as well.”

Geffrard’s left hand was severed in the incident, but surgeons at Delray Beach Medical Center were able to reattach it, and the injuries to her chest were not life-threatening, according to the police chief.

It has not been confirmed whether or not the alleged assailant suffers from mental illness, but Scheller told the Miami Herald that Cabrera made a disturbing comment about the random passerby after he was arrested.

“He did make a comment to the investigator that he saw the lady in the area and stated I am going to end this woman’s life,” Scheller told the Miami Herald.

The Miami Herald reports that Cabrera faces an attempted premeditated first-degree murder charge, and he remains in custody on no bond at the Palm Beach County Jail.

The Wisconsin Supreme Court has ruled a landscaping company can be held liable in the 2012 death of a teacher who was fatally struck by a falling tree branch while walking around a lake in southeast Wisconsin.

Creekside Tree Service was hired by Conference Point Center, a faith-based youth camp and conference center in Lake Geneva, to remove and trim trees from the property, according to The Janesville Gazette. According to court documents, 61-year-old Jane Westmas was walking around the shoreline path outside the center in May 2012 and was hit by a falling limb that was previously cut by the tree service.

Creekside and its insurer, Selective Insurance Company of South Carolina, were sued by Westmas’ family for alleged negligence. The landscaping company argued that it was immune from liability because it was technically an owner of the property when it occupied the property at the time.

This case focuses on the state’s recreational immunity law, which states: “No owner and no officer, employee or agent of an owner is liable for the death of, any injury to, or any death or injury caused by a person engaging in a recreational activity on the owner’s property.”

The Supreme Court ruled that the tree service doesn’t qualify for immunity under the law because it was not an agent of Conference Point or an occupier of the property.

“Although we have previously stated that the statute is to be liberally construed in favor of immunity, we have likewise concluded that this immunity is not absolute,” the decision stated, according to the Gazette.

Justices Rebecca Bradley and Daniel Kelly dissented arguing that the interpretation in the majority opinion gave a narrow scope of immunity that is not reflected in the law. 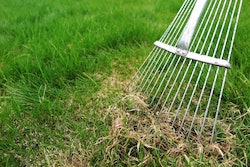 Clearing up confusion: The pros and cons of thatch 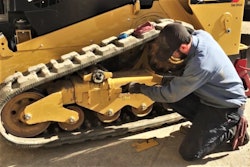 How to adjust CTL track tension 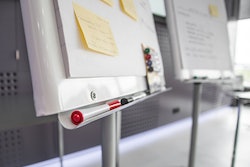 How to: Selling your company’s value over price 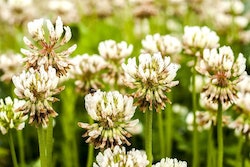