Marriage and landscape management: Couples share how they balance the pair 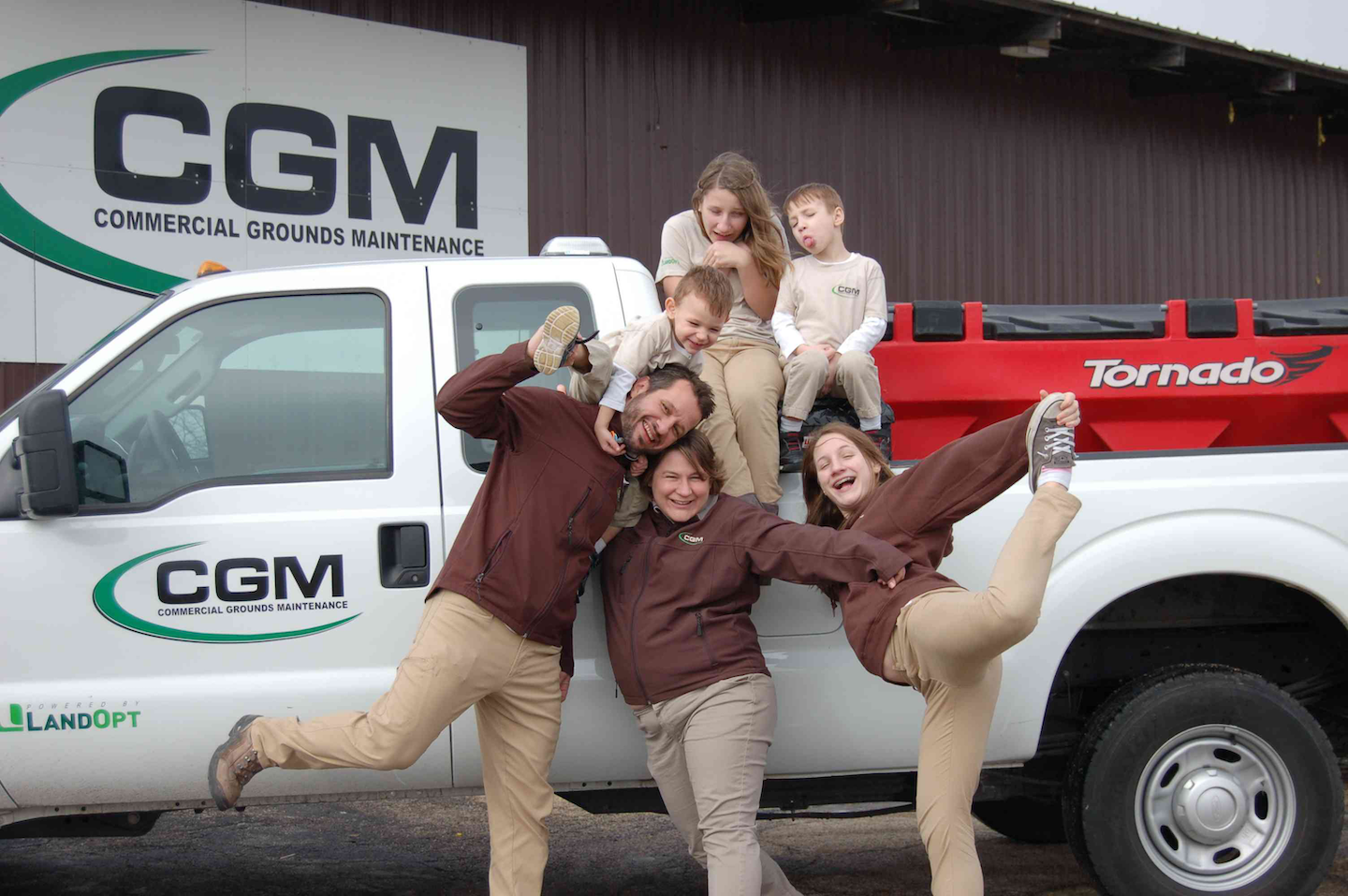 Todd and Andrea Kollar run CGM based in Peoria, Illinois, and have four children.
Photo: CGM

Teamwork is needed for a marriage to be successful, but it is doubly important when there is a landscaping business involved as well.

While some may see this as an extra challenge, Total Landscape Care talked to a few of the couples who have found running their landscaping company with their spouse not only doable but enjoyable.

Every married couple has a meet-cute and ironically it was not a love of landscaping that drew any of these pairs together.

For Abby and Frank Santos, owners of No Ka Oi Landscape Services based on Hanapepe, Hawaii, the two met in 1973 while Abby was attending nursing school and Frank, who was also attending college on the GI Bill, started giving her a ride to school.

“He was very connected to nature,” Abby Santos says. “I didn’t become interested in the landscape industry until I met Frank.”

The couple has been married now for 43 years and running their business together for about 40 years. The Santos’ two children have both worked for the company and moved on.

“Our daughter has excelled in one of the largest construction companies in the state and our son formed his own landscape company,” Abby Santos says. “He takes care of smaller residential projects so (he) does not compete with us.”

Meanwhile, Todd and Andrea Kollar met when Todd was working for a leasing company and Andrea was hired to do some temporary work for the company.

Todd started CGM, based in Peoria, Illinois, with a friend in 1997 and eventually bought his friend out when he decided he wanted to grow the company further. Andrea started working for the company in 1999.

The Kollars have been married for 17 years and have four children. They wouldn’t mind if the kids wanted to join them in the business, but Todd says it all depends on what they want to do.

Josh and Kristen Graczyk attended high school together, yet they didn’t start dating until 2008. Josh started his business in 1998 when he was 14 years old mowing lawns. Kristen came on to work full time at Graczyk Lawn & Landscape, based in Kearney, Nebraska, in the spring of 2009.

The couple will be celebrating their seventh year of marriage in May and has three children, with another on the way.

The challenge of achieving a proper work-life balance can be troublesome on an individual basis alone, so it takes on another dimension for those who share both their personal and professional lives together.

“Balance-wise, I think that’s one of the important things that’s taken years to really figure out,” Todd Kollar says. “You have your scale of God, family, work and you really have to wake up on a daily basis and make sure that that is your priority, and know that, of course, you got to pay bills and make a living with work. But that has to just be the means to supporting and becoming a family, not the sole priority of what you wake up to do every day.”

Kollar credits having clear defined expectations and roles helping him and his wife work better together. He says LandOpt helped the couple define their individual roles.

“LandOpt has shown us and given us (roles) so now we know what to do and we’re not…” Todd started.

“…doing everything together, when only one person needs to do it,” Andrea finished.

Andrea is the business systems manager and handles tasks such as payroll and quarterly taxes while Todd, as the general manager, handles the operational aspects and sales. 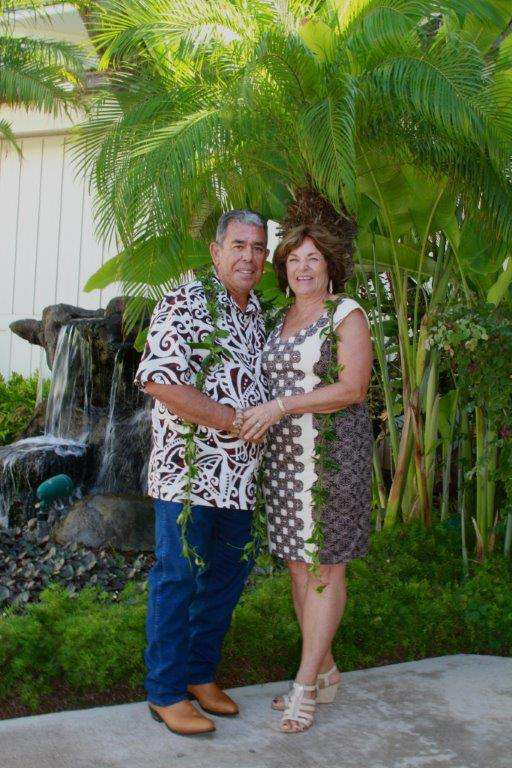 Abby and Frank have been running No Ka Oi Landscape Services about 40 years.
Photo: Abby Santos

Meanwhile, Santos says that they like to get off the island and spend time together. She also likes to work out, so she tries to not let work interfere with it. As for splitting the job duties, Frank is responsible for the landscape department and Abby is in charge of the maintenance department.

“Frank is great with the landscape department,” Abby Santos says. “His spirit of Aloha and willingness to give back is amazing. He is a tireless force and commands respect from our community and his teams. I love marketing and sales. I rebranded the company right before the recession and that took us into a huge growth spurt.”

As for the Graczyks, they say they honestly don’t know how they balance work and life, but Kristen says they’ve simply learned they have to shut work off at some point. But it’s fairly easy to do when they’re taking care of the kids.

While Kristen’s main job duties are office management, and Josh helps drive growth within the company, Josh says they are an all hands on deck company.

“There’s not a lot of straight columns that everyone stays in,” he says. “If something needs (to be) done, someone from a different spot is always willing to jump in and take that.”

The main issue the couples say they have encountered is understanding and responding to differing opinions on matters.

“The most difficult part is knowing that when you come to work you have to be very careful to understand that ‘Hey, this is a job we have to do, and we need to treat each other just like we’d (treat) another co-worker,’” Todd Kollar says. “I think we both seem to utilize the husband and wife bickering aspect that you would do and the awareness of that is the number one part, and we work on that…If we’re not aware of our purpose when we come to work, then we can have troubles.”

Abby Santos says it can sometimes be a struggle to not turn business disagreements into something personal.

“Sometimes I tell him, ‘Don’t argue in front of the children,’ when we disagree in front of other employees,” she says. “That lightens things up a bit and we discuss later when we are alone. Sometimes Frank wants to give his opinion about my department and I have to say, ‘No, it’s my decision.’ He will do the same to me. We have learned to respect each other’s boundaries.”

Yet not everyone encounters frequent challenges when working with their spouse. 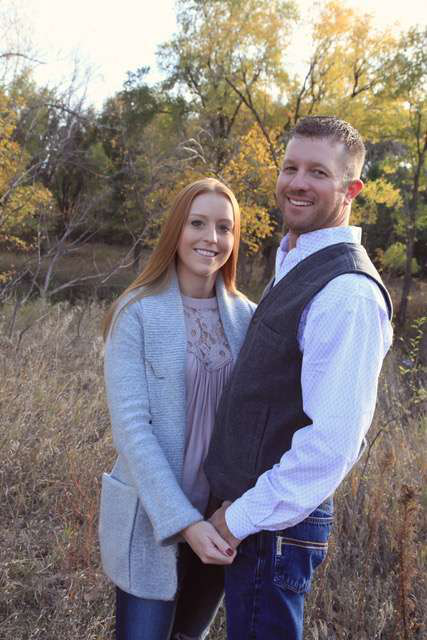 “It is just a benefit of getting to be around each other all day and so many people have the misconception that we’re together all the time,” Kristen Graczky says. “There’s actually a lot of days we don’t even see each other, but it just works. It works that way for us. We just work well together. It’s not a power struggle; it’s a partnership.”

Josh agrees that one of the advantages of working together is how they are always on the same page and share a common goal.

Sharing the same goal is also the main advantage Abby Santos mentions. Her favorite thing about working with Frank is having such a deep connection with him.

“We never lack for things to talk about or do,” she says. “Life is never, ever boring!”

The Kollars enjoy the flexibility of working together without having to worry about requesting time off and trying to keep up with what’s going on at a separate job.

“One of the biggest benefits is we get to be involved with our kids all the time,” Todd Kollar says.

The advice the couples have for others thinking about owning a landscaping company together can also just be sound marriage advice, and a lot of it comes down to respect.

“Always remember that your spouse is not a mind reader,” Kristen Graczyk says. “If there’s something that you need work-wise, personal-wise or want, you have to say it out loud and in a respectful manner.”

She says most married couples know already what type of dynamic they have working together and if going into business is a good idea. Josh adds that both the husband and wife need to be all in.

“You each need to have enough strong points to contribute to the business,” he says. “It can’t just be fun for one and work for the other. Each party has to bring something to table.”

“Work hard at everything,” she says. “Have respect for one another. Read every single trade magazine you can get your hands on. Join NALP. Hire a consultant. Hire a brilliant CFO (best decision ever).”

“Marriage takes work just to be married, so working together it’s going to take even more work,” Andrea Kollar says.

“We don’t run once trouble hits,” Todd Kollar added. “You walk your way through it and have faith that it’s going be okay. Don’t give up and I think that’s where most people end up cutting it short. They don’t realize how close they are to the finish line.” 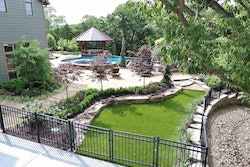 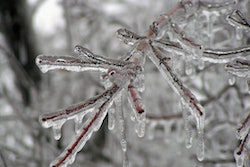 Winter damage problems to look for on clients’ properties 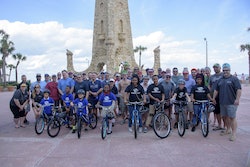 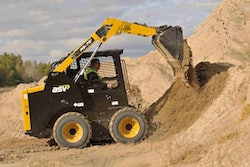