Knowing the signs of the mummy berry

Spring has sprung, and summer is right around the corner, which means more and more tasty fruits will be in bloom very soon.

Blueberries are a popular fruit this season, and even though it may be tempting to begin picking them, there is something serious you need to tell clients watch out for: mummy berries.

Mummy berry, which is a blueberry disease caused by the fungus Monilinia vaccinia-corymbosi, has become prevalent in the Pacific Northwest, west of the Cascade Mountain Range. This disease, according to the Oregon State Extension, is affecting the northern highbush blueberry (Vaccinium corymbosum) industry, and growers often underestimate the mummy berry’s potential to cause great yield loss because it can occur at low levels for many years.

The Oregon State Extension says that in just one year of favorable environmental conditions, the fungus can greatly increase this disease and cause extreme annual yield loss.

The disease cycle has two discrete infection periods, and a primary blueberry infection begins at bud-break, while a secondary infection occurs at flowering, according to the Oregon State Extension.

Under favorable environmental conditions in spring, fruit that’s previously been infected by M. vaccinia-corymbosi will produce a small mushroom. These small mushrooms can be found around the time blueberries break bud, and the floral buds will break first.

About a week later, the vegetative roots will appear, and the Oregon State Extension says newly visible plant tissue is easily infected by the wind-carried spores coming from the mushrooms.

Infection is characterized by discolored shoots of flower clusters that are wilted, drooping, curled under or rosy-brown in color. Typically, they will have a mat of brown/bluish spores that will cover the veins of the infected leaves.

The Oregon State Extension reports that the microscopic spores move from infected shoots and flower clusters to open flowers by pollinators, wind and water.

Secondary infections can occur inside developing blueberries and can only be seen when infected green berries are cut open. When these berries are cut open, a white fungal tissue can be found growing outward, and it will eventually invade the fruit.

The berry will shrivel and turn a pinkish-purple color as the fungus takes over, and these berries will take on a mummified appearance, which is where the disease gets its name.

From late summer through winter, these mummy berries will drop off the bushes, and in early spring, mummies left over from the previous season will form mushrooms and begin a new disease cycle.

When it comes to dealing with this disease and protecting the berries, there are a few methods that can help keep the disease at bay.

Choosing a resilient cultivar is an excellent first step in the process of fighting the mummy berry, and good weed management practices, mulching, raking and scouting can also lend a helpful hand.

The act of raking will remove the mummies from the area between budbreak and harvest the following season, and it works best when combined with other sanitation practices like harvesting. Any debris that’s collected can be disposed of by burning or burying it.

To determine the presence of the disease during fall and winter, the act of scouting can serve as a great prevention and avoidance technique. Mulching has also been proven to enhance the water retention around the root crown, according to the Oregon State Extension, and it can help maintain a slightly acidic soil pH, serve as a disease-management method and increase soil organic matter.

To manage effectively, apply the mulch in late winter or early in the fall and winter months. Fungicides can also be applied when the earliest cultivars break bud, and with regular scouting, the Oregon State Extension says the first application can be timed to coincide with mushroom development.

When all else fails, harvesting the blueberries can also prove to be an easy time to separate healthy blueberries from the mummied ones. When in doubt, harvest them all at once, sort through them and dispose of the diseased berries accordingly. 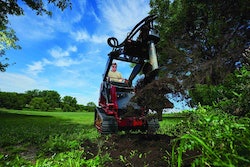 Finding your Goldilocks: Is a mini skid steer or a compact utility loader the right size for you? 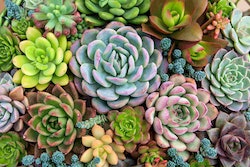 How to: The art of propagating succulents 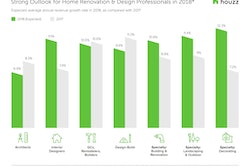 Houzz State of the Industry: Landscapers are optimistic about 2018 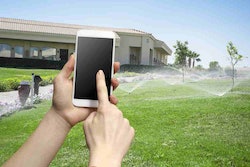