Climbing the corporate ladder: A long way to the top? 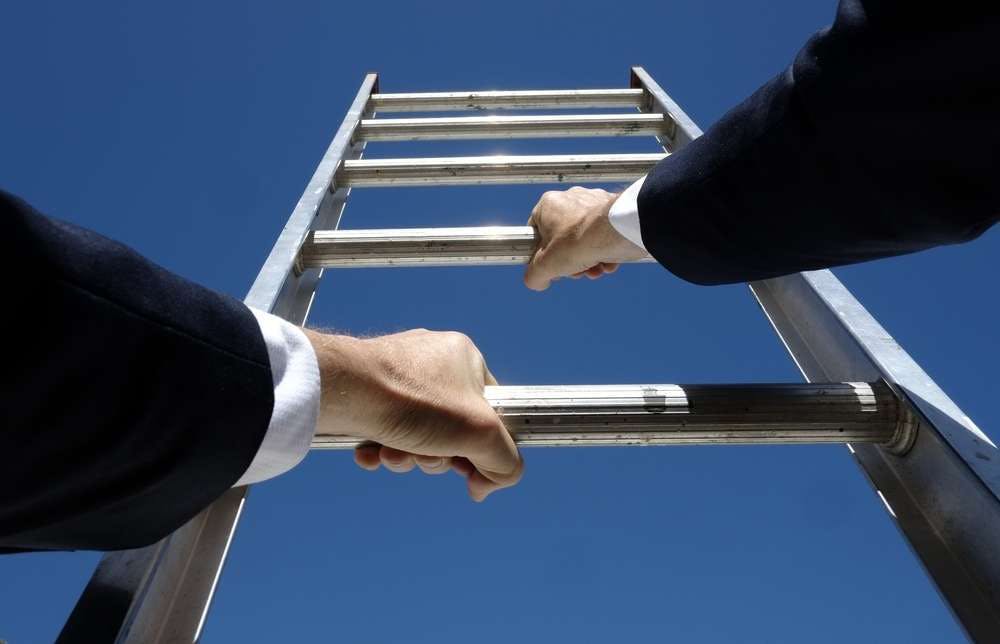 In the corporate world, having goals and ambition is key in the pursuit of success, and most employees long to climb that promotional ladder. But in today’s business world, does that ladder still exist? And if it does, how can your landscaping company establish a clear method of climbing that’s both understood by and attainable for employees?

When faced with the phrase, “Climbing the corporate ladder,” most understand the concept and what it means to them professionally. However, others may be a bit murky on what it actually means and how they can move toward a goal like that.

Simply put, corporate/career ladders are concepts or devices used to help employees learn about and visualize the job options available to them as they progress in their careers. Often, these ladders will contain a clear progression throughout a career, as well as detailed descriptions of the experiences and jobs that are affiliated with the position. These ladders will also show employees what needs to be accomplished or attained in order to facilitate movement between jobs when said movement is possible.

Career One Stop says that ladders and lattices can be used in many different ways, such as:

The Society for Human Resource Management (SHRM) notes that the term “career lattice” falls under the broader category of career path, which can also encompass a variety of forms of career progression. According to SHRM, when employers have career development as a top priority, employees will usually feel more engaged since they believe the company cares about their career path and career growth.

“A career development path provides employees with an ongoing mechanism to enhance their skills and knowledge that can lead to mastery of their current jobs, promotions and transfers to new or different positions,” SHRM said online. “Implementing career paths may also have a direct impact on the entire organization by improving morale, career satisfaction, motivation, productivity and responsiveness in meeting departmental and organizational objectives.”

Is there still a career ladder?

While many companies and employers may stress that a corporate ladder is still alive and kicking, others have found the concept to be outdated and nonexistent.

SHRM says that in the early part of the 20thcentury, many times the choice and progression of a career came down to socio-economic status, tradition, gender, and family. During this time, career ladders and progression were almost nonexistent, according to SHRM.

Immediately following in the post-WWII era, SHRM says that the driving force of the United States’ business became the corporate world.

“Both employers and employees operated under an implied contract: Employees would be loyal, and in turn, employers would provide employment until retirement,” SHRM said online.

In the latter part of the 20thcentury, SHRM says the traditional trajectory of a person’s career at one company became “a thing of the past.” Beginning in the 70s and spanning to today, the United States’ economy faced a roller coaster of boom-and-bust cycles, which forced many employers to make cutbacks and reconstruction efforts. It was also during this time that SHRM says the economy shifted from a focus on manufacturing to knowledge, which ultimately caused a decline in union membership.

These changes caused a new paradigm that led to individuals being the master of their own ladder, where it was placed, how long it stayed in place and how high they wanted to go with it.

The SHRM says that traditional career ladders do still exist in the 21stcentury, but they typically operate in an environment where:

According to Priscilla Claman with the Harvard Business Review, career ladders died out in the late 1980s and early 1990s when over 85 percent of Fortune 1000 American companies downsized their white-collar workforce.

“Truthfully, intentionally or not, we are still promising traditional careers,” Claman writes in the Harvard Business Review. “There may not be an easy next step for every person in want of promotion. It doesn’t help that managers are predisposed to keep the best employees in their current positions, which promotes stability in an organization. That’s one reason so many companies don’t allow people to transfer easily to other jobs without their managers’ permission.”

If you find your landscaping company lacks a defined and attainable career path or ladder, there are a few suggestions that can help employers establish one or help employees still rise in the ranks if those options aren’t present.

SHRM says the following factors can influence a company’s need to establish a formal career path or ladder:

By being proactive in creating career paths and ladders, landscaping companies can better retain and develop talent and confront those aforementioned factors.

“Most organizations could benefit by increasing efforts to establish clear strategies for how talent will be grown from within,” SHRM said online. “Career paths and ladders can be effective strategic tools for achieving positive organizational outcomes. They can be a means to ensure an organization’s continuing growth and productivity.”

As mentioned earlier, along with career ladders come career paths and lattices. If the concept of a vertical career ladder is one that appears outdated or unsuccessful in the green industry today, Claman says to consider the possibility of lateral movement.

She recommends focusing on job families or even groups of jobs that will have something in common.

“For example, if you are a financial analyst, consider other analyst positions in your company, perhaps in market research or sales,” Claman writes in the Harvard Business Review. “It’s easier to move within a company where you are a known factor. Horizontal experience can also broaden your skills, which improves your chances of moving up.”

Claman also recommends proving that you are able to handle a promotion. This can be accomplished by doing anything from volunteering to help a manager with different tasks and completing them excellently, to offering to help train new people, give performance feedback or help interview potential job candidates.

The final recommendation Claman offers is to continue to grow your skills and job. This can be done by seeking out opportunities when they appear or by taking advantage of the ones that fall into your lap, and once you have the chance to do them, doing them to the best of your ability. 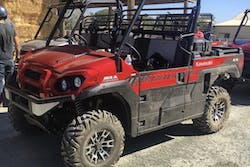 Prospect satisfaction can be a mixed bag when UTV shopping 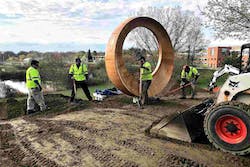 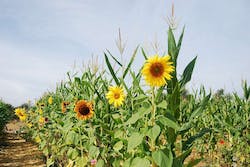 The perfect pair: Get the scoop on companion planting 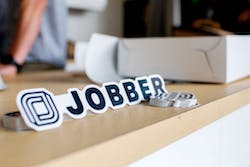