A landscaping and garden center company in northern Ohio was the target of a U.S. Immigrations and Customs Enforcement (ICE) sting on Tuesday, June 5.

ICE agents arrested 114 employees at two separate locations of Corso’s Flower & Garden Center, with one in Sandusky and the other in Castalia. The charges include identity theft and tax evasion.

Around 200 federal officers participated in the operation, with about 100 agents establishing a perimeter around each of the properties. The sting involved aircraft surveillance and law enforcement were told which employees might run but none did.

Some were critical of this show of force, including Josie Gonzalez, a Los Angeles attorney who represents businesses on immigration issues. She pointed out the arrests could have been made at the workers’ homes with fewer resources.

“(The) government is overreaching and trying to make a big splash, instill fear in the business community and immigrant communities and make the headlines,” she told The Ledger. “It’s a tremendous use of resources to accomplish that purpose.”

It is one of the largest workplace immigration raids in recent years, while agents arrested 100 workers at a meatpacking plant in Tennessee back in April.

The sting is part of the White House’s increasing focus on cracking down on illegal immigration under President Donald Trump, which has resulted in raised numbers of deportations and zero-tolerance border policies.

According to Steve Francis, head of ICE’s Homeland Security Investigations unit in Detroit, the investigation of Corso’s began in October 2017 after the U.S. Border Patrol arrested a woman who gave stolen identity documents to job applicants in the country illegally.

The woman led investigators to Corso’s where its documents were searched for irregularities. They soon found Social Security numbers that belonged to deceased individuals.

Out of the 313 employees whose records were examined, 123 were targeted for arrest and charged with identity theft. Many U.S. citizens had no idea their information was being used by workers of the Ohio business.

“We verified that a lot of U.S. persons were obviously unaware of this,” Francis said. “It’s caused them a lot of hardship.”

Audits of companies to determine if their employees are there legally have increased recently with 2,282 being conducted from Oct. 1 to May 4, compared to 1,360 audits opened from October 2016 and September 2017.

Corso’s business includes a greenhouse, flower shop, garden center, landscape department and a wholesale perennial plant division, which supplies a seven-state area. No criminal charges were filed against the company, but a large volume of business documents was seized, as the employer is still under investigation.

The company will be hard pressed to find replacement workers, as many other landscapers in Ohio have reported their struggles this year after not receiving their H-2B visas, which provides legal seasonal labor for businesses in need.

Some companies that have depended on the program for years were not approved for any visas this season, as the program switched to a lottery system, rather than a first-come, first-served system that was used previously.

The low unemployment rate along with the demanding nature of the job is part of the reason landscaping companies struggle to find local labor. 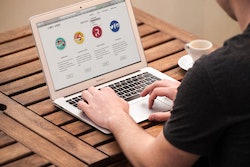 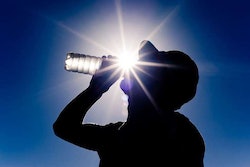 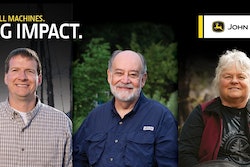 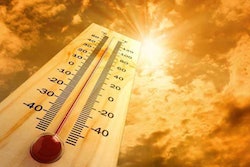