With only so many hours in a day, it can be a challenge to complete all of your work as efficiently as possible, but on many fronts, technology is helping landscaping companies find an edge.

One way technology is helping landscapers is through aerial site mapping. While Google Earth has been around for years and more companies are investing in drones, the company Nearmap offers to take the idea one step further.

The business was started over 10 years ago in Australia with the idea of capturing high-resolution aerial imagery and having it available in the cloud, but it recently entered the U.S. market a few years ago.

“Our patented camera system, which is called HyperCamera, is mounted on a fixed-wing aircraft,” says Tim Frank, vice president of marketing for Nearmap. “We’re continually flying over 430 urbanized areas in the U.S. on a preset coverage schedule, so most of the areas where there’s dense populations, we’re already covering. And we do that at a resolution that’s four to five times than what you’d get from free satellite imagery.”

The imagery collected is offered both with a top-down view and at an angle from each cardinal direction.

As for the other popular aerial imagery tool, Frank says that drones are better suited for very specific projects rather than covering larger areas.

Frank also notes that gathering other necessary site data via a drone is often more challenging as well. With Nearmap, landscapers don’t have to fool with managing the collected imagery themselves.

“It’s all accessible instantly in the cloud, so there’s no notion of waiting for something to be captured,” Frank says. “We just capture it, we host it through our cloud-based service and it can be accessed through any normal web browser through a tool called, MapBrowser.”

After logging into MapBrowser, users have access to the full U.S. data set, including any historical captures.

Not only does MapBrowser offer Nearmap’s complete archive of imagery, but it also has built-in tools that allow landscapers to take accurate measurements.

“If I was going to estimate a job for fertilization or new sod installation or even other aspects of landscaping, maybe I’m going to be planting trees or shrubs, all of that you can draw measurements directly onto the imagery that are accurate within inches,” Frank says. “You could then use those measurements to estimate, bid and quote that without ever sending vehicles and your workforce on site.”

While most of Nearmap’s users will use the MapBrowser tools, they can also export the imagery for use in other applications.

As for how landscapers can utilize Nearmap’s services, there are several main benefits Frank highlights.

One of the most popular features Nearmap is used for is job prospecting, as users can pan and zoom on areas of land they may want to target their marketing toward.

“Let’s say you’re a residential-focused landscaper, what area you would be focused on might include new residential development because all of those individuals need yards installed,” Frank says. “So, using Nearmap, you could look at imagery captured from August and it’s showing these homes being build. In our MapBrowser, you can put a pin tool down and it will give you the location address in addition to the high-resolution aerial imagery.”

The ability to create site measurements from MapBrowser also has a two-fold benefit: you can create faster estimates for customers while reducing the number of site visits needed.

Frank estimates that if an average field worker earning about $14 an hour makes four site visits a day along with vehicle running costs being around $0.56 per mile, in a year’s time this would equal around a 1,000 site visits and about $15,000 in expenses.

“$15,000 in labor and vehicle costs, if you could then reduce that by a third, if you could trim off 300 of those site visits because you’ve done work virtually with a solution like Nearmap, you will have saved over $7,000,” Frank says. “It adds up very quickly. The return is very easily demonstrated when you’re using a solution like this.”

“You’re never going to be able to remove site visits in the industry, of course,” he says. “There’s work that has to be performed there and there is data that has to be validated on site, but to the extent of minimizing it, it helps you grow your business.”

The cost for using Nearmap is an annual subscription based on the number of projects a landscaping company does in a year and the pricing is tiered accordingly. 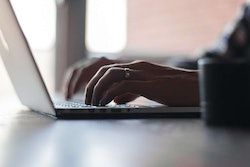 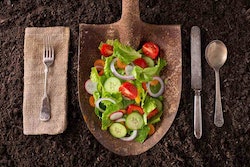 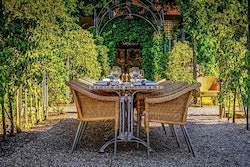 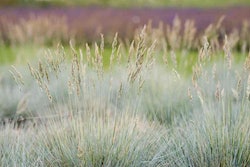 How to: Installing a meadow garden