Hurricane Florence has been called ‘the storm of a lifetime’ and while it has currently downgraded from a Category 4 to a Category 2 hurricane, it is nothing for you and your employees to take lightly.

The hurricane is expected to make landfall either late Thursday or Friday and hover over the Carolinas throughout the weekend.

Organizations like the North Carolina Nursery & Landscape Association have been sending out eblasts this entire week to its members encouraging them to be prepared, and the group has a page outlining things to do before, during and after the storm.

Likewise, the National Association of Landscape Professionals (NALP) also has a resource page for landscapers on hurricane preparedness and response.

According to the National Weather Service, more than 10 million people in the area are under hurricane storm watches and warnings.

“North Carolina, my message is clear: Disaster is at the doorstep, and it’s coming in,” North Carolina’s governor Roy Cooper said at the North Carolina Emergency Management briefing Wednesday morning.

Below are the various threats landscapers can expect to face and how they can help customers’ landscapes recover in the aftermath.

As the hurricane makes landfall, it will be accompanied by a powerful storm surge that will result in coastal flooding, and significant beach erosion is likely as well. If the surge coincides with high tide, the surge could be 13 feet high. Storm surge warnings have been issued from South Santee River, South Carolina, to Duck, North Carolina.

According to Weather.com, elevated water levels may remain after the storm makes landfall if onshore winds persist.

Increasing the risk of flooding is the sheer amount of rainfall Florence is predicted to drop. Wilmington and Jacksonville, North Carolina, alone could see between 30 to 50 inches of rain.

Due to Florence’s slow movement, this heavy rainfall could last into next week for some areas as well.

The National Hurricane Center says that “life-threatening, catastrophic flash flooding and prolonged significant river flooding are likely over portions of the Carolinas and the southern and central Appalachians late this week into early next week.”

Heavy downpours in the Appalachians could result in mud and rockslides, so be mindful that not just the coastal areas will be at risk from flooding.

“Floodwaters may enter numerous structures, and some may become uninhabitable or washed away,” the Weather Service says.

As Hurricane Florence makes landfall, the strongest winds will occur around the ring eye of the storm. If it remains at Category 2, this means the winds will be up to 100 mph. While this ring of most destructive winds is small, there is still a large swath of tropical-storm-force winds that could affect inland areas.

Category 2 winds have the ability to cause major roof and siding damage to well-constructed frame homes and can uproot or snap shallowly rooted trees. Near-total power loss is expected that could last from several days to weeks.

The University of Michigan is predicting that 3.2 million people will be without electricity due to the storm, mostly in eastern North Carolina. If the storm stalls over the Carolinas as predicted, the wind impacts will be increased.

Because misinformation is a major enemy for people who are trying to prepare for a natural disaster, share FEMA’s link that shuts down rumor mills that your clients may be hearing.

Currently, there is no prediction on Hurricane Florence’s total duration with forecasts uncertain on how long it will linger over the Carolinas, but eventually, as both you and your customers return to begin the long process of recovery, here is what you can expect.

Before you can start helping others, you need to take stock of your own property and look for storm damage, including downed power lines or broken water lines. Photograph and document the damage before starting your clean up. Contact customers as soon as you can to let them know your current situation and when you can be out to start restoring their properties.

Chances are most properties are going to look severely ragged, if not completely inundated with water.

With the amount of flooding that is expected, take the time to conduct a soil test afterward to see if a property’s soil was affected by tidal flooding. This can let you know if you need to work on amending the soil or flushing the landscape with fresh water to leach out the salt before trying to replace any damaged or dead plants.

William M. Johnson, a county extension agent for the Texas AgriLife Extension Service, says to avoid cutting down large trees that have only suffered from major defoliation, as they should leaf out again in the spring. If it does not leaf in the spring, then the tree should be removed.

Aside from pruning damaged trees and shrubs and clearing away mud and debris clinging to plants or trees,  the most you can do for a landscape is be patient and provide the necessary care for it to recover.

While you shouldn’t seek to replace everything immediately, assess the space to see where there are opportunities to enhance and discuss with clients where they might be able to take their property to the next level. 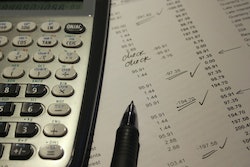 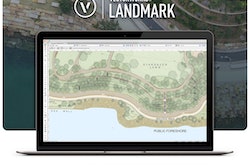 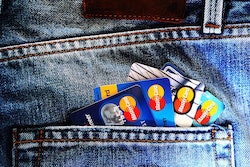 Personal finance: Boxes to check before starting your landscaping business 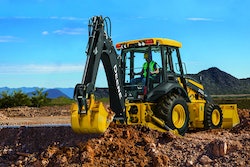