It’s October and that means it’s time for all things fall, including pumpkin patches, hay rides and Halloween-themed events.

While it’s too late to try to offer some of these festivities yourself this year, if you’ve ever wondered what all goes into offering a pumpkin patch, here are some of the ins and outs to be aware of and whether or not it’s a good fit for your landscaping company.

There has been a growing interest in specialty pumpkins recently and cultivars like ‘Fairytale,’ ‘Cinderella’ and ‘Jarrahdale’ are becoming more popular as customers seek non-traditional pumpkins.

The first question you need to ask is whether you want to be responsible for growing your own pumpkins or if you’d rather just buy them from a grower. If you decide you want to take care of the pumpkins from seed, then make sure you’re aware of the common pumpkin diseases your crop could encounter and how you’ll respond if crop failures lead to shortages in the fall.

The Nursery at Mount Si in North Bend, Washington, experienced such misfortune in 2018 and was forced to cancel its U-Pick pumpkin patch.

Instead, they sold the pumpkins and gourds that did manage to grow along with offering extra events like hay rides and a greenhouse turned Halloween fun house. They also opted to partner with a local glass artist who sells glass pumpkins to supplement their shortage.

Due to the land and labor required to maintain a true pumpkin patch, many will opt instead to order theirs from a pumpkin farm. One nursery that chose to go this route is Burke Nursery and Garden Centre in Burke, Virginia.

Burke Nursery started offering its pumpkin patch over 24 years ago after the owner, as well as some of the other employees, decided they wanted something that their children could have fun with.

Be aware that even if you don’t end up growing your own pumpkins, your suppliers can suffer from crop shortages, and you need to have a backup plan.

Another thing to consider is whether or not the extremely small window of time for pumpkin patches is worth the time and effort for your company.

A majority of businesses will operate their pumpkin patches from Oct. 1 – Oct. 30, but some may choose to only have the patch open on weekends due to labor pool restraints.

“Because it’s a month only event, that means that our guys have to set everything up and build everything,” says Misty Kuceris, horticulturist and marketing manager for the Pumpkin Playground at Burke Nursery. “So when the month is over, everything gets torn down. So there’s a lot of energy and a lot of work that goes into getting everything ready. We have to hire special people as well. We have a lot of the workers that work here, and then we have to add on employees for the month and they work a lot of hours. I mean, that Pumpkin Playground is open to the public from 9 o’clock in the morning until 9 o’clock at night, seven days a week.”

When planning your pumpkin patch, you’ll also need to consider the scope of the event. You may want to only sell pumpkins, but many businesses that peddle pumpkins rarely stop there.

At Burke Nursery, they offer everything from hayrides to farm animals to face painting. Admission into the Pumpkin Playground is $10 on weekdays and $14 on weekends. Kuceris says a lot of the festivities offered are the ones that the owner and managers were interested in, but some have been suggestions from visitors.

For those just looking to purchase a pumpkin, they can head to Burke Nursery’s Halloween shop, which is separate from the Pumpkin Playground and sells jams, jellies and other decorations.

Some of the other popular features that are offered along with pumpkin patches include: corn mazes, go-carts, ball pits, haunted houses and photo ops. What you decide to provide with your patch will depend on your personal preference and permitting.

“In our areas, there’s permitting with the land use,” Kuceris says. “There’s permitting for the farm animals. We sell food, so there’s permitting so that we can cook the food. There’s a lot of prep work. You don’t just say there’s a plot of land here and I’m going to put a tractor-trailer in there and have a hayride and that’s it.”

Another point that Kuceris stresses is making sure that every attraction is set up safely.

Kuceris says they take reservations from public schools at the beginning of September, so they know how many people are coming and are already looking at ordering next year’s pumpkins in August or maybe even July.

After spending a large amount of time and money getting your pumpkin patch ready, the last thing you want is for everyone to be a no-show, which is why marketing is a crucial element to operating a pumpkin patch.

Reaching out to regional and local publications can result in coverage, and many outlets feature an events calendar where you can submit your pumpkin patch’s information.

Promoting your pumpkin patch on social media is one of the easiest methods for getting your name out there, as you can answer questions and encourage customers to share pictures of their jack-o-lanterns or their time at your pumpkin patch.

Burke Nursery markets through several means, including social media and email. It also has the luxury of having become a tradition for many in the community.

“We’ve been around for (over) 24 years, so it’s nice we have a lot of parents come back every year, little kids that are now parents or parents that are now grandparents, and then we also market to various organizations,” Kuceris says. “We have a lot of school organizations that have come in and we even have some special educational features for the school children, such as our Native American person that talks about various Native American stories and teaches the kids.”

If your landscaping company’s location is off the beaten track, making good use of signage can catch people’s eyes and let people who are coming to visit know that they are headed the right way by counting down the distance to the pumpkin patch.

Things to consider including on your road signage are your business’s name, hours and to match your branding. Avoid using years and you’ll be able to reuse your signs annually.

Kuceris says the marketing is one of her favorite aspects of running a pumpkin patch, but her other favorite part is seeing the kids and the families walking in.

“It’s the smiles and the fun and I’ll tell you this place gets loud in October, but it’s a nice energy,” she says. “I love the energy.”

As for whether or not a pumpkin patch is a good fit for your business, Kuceris says the following: “My feeling about an adjunct business is if it goes with the theme of what your company is and if it promotes the core values of your company, then it is a viable option.”

“So if a landscape company is one that actually has the property and has the facilities and has the people to do all of the pre-work, as well as the marketing, then I would say it is a viable option, but if they’re a landscape company that’s thinking about contracting out with somebody else with the property and the land, I would question them,” she says. 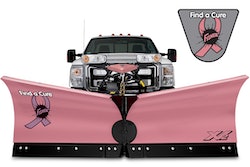 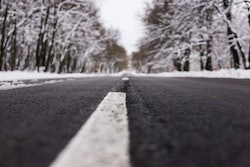 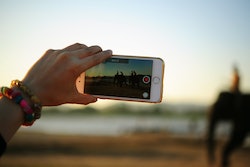 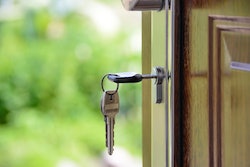 How to build your connection with real estate agents