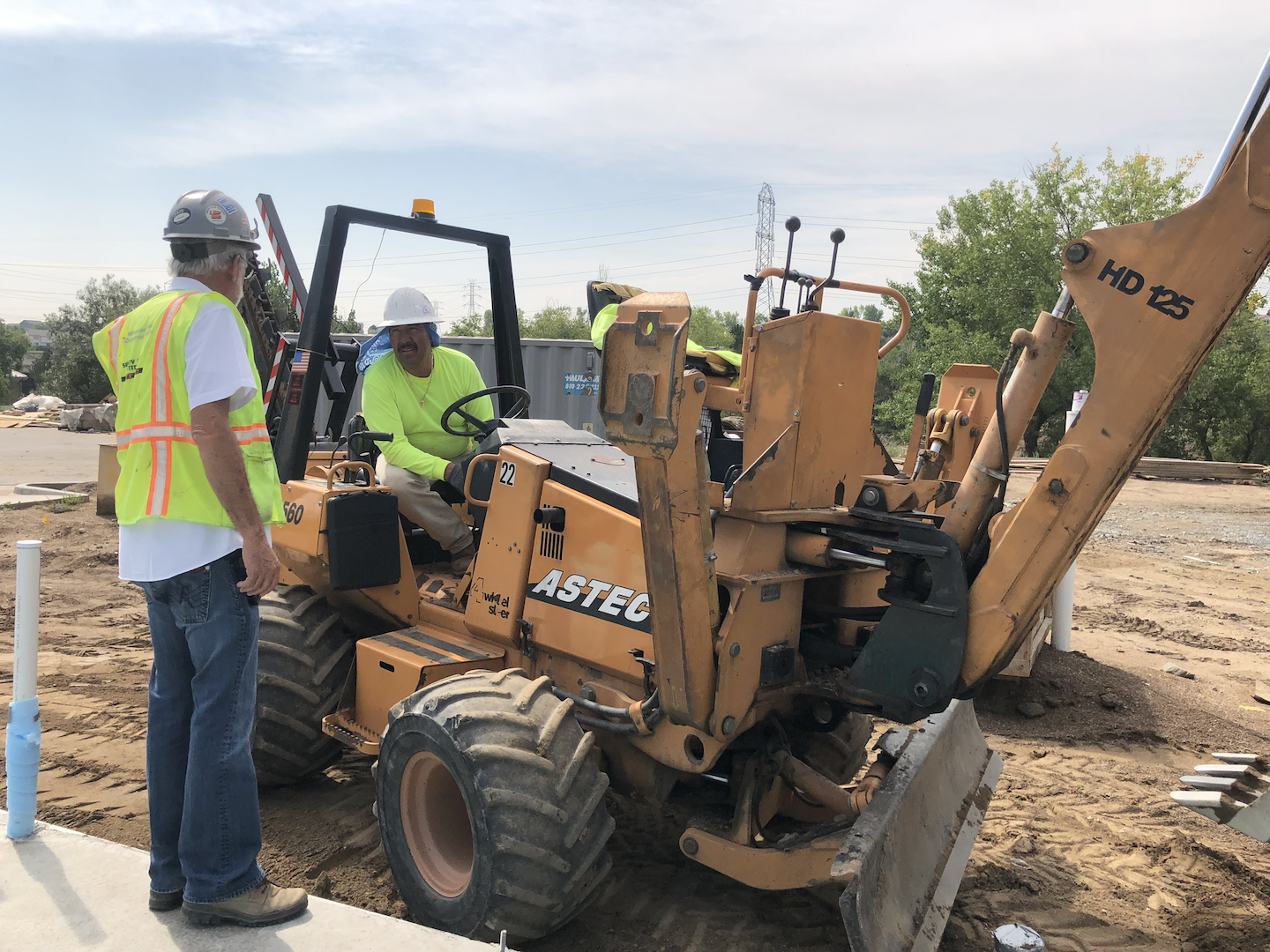 Eric Schultz, left, talks with one of his employees about the installation of some piping.
Photo: Jill Odom

If you asked Eric Schultz, owner of Schultz Industries, in Golden, Colorado, how has his company managed to stay in business for 30 years, he’ll tell you it’s just dumb luck.

Yet there is a little more to it than that, despite what Schultz may say. Below are some of his business’s keys to success.

Every landscaping company is going to make mistakes in the course of their operation but learning from them is what helps you become a better business. Schultz calls his mistakes scar tissue, as you can recover from certain mishaps, but you certainly won’t forget them. He says the major miscalculations are the ones that can put you out of business.

One instance of where Schultz learned from an oversight was two years ago when they had overbooked jobs thinking they could get some more crew members, but they ended up having more work than people.

“We sat back and made a conscious decision that we were going to maintain our people and only book work that we had the people for, and we raised prices and said we’re going to get what we’re worth and we’re only going to do what we can do,” Schultz says. “That model has paid off beyond what I can say. I have no interest in doing any more than we’re doing.”

Likewise, Schultz no longer uses the H-2B program after missing the cut off by one day and then being stuck trying to fill 40 labor positions. Since then, he believes companies should only grow as large the number of U.S. workers they can find.

“Do what you can with the employees you have,” he says.

Schultz has also implemented time and cost saving methods such as employing two mechanics to maintain their equipment rather than taking it to the dealer. To increase productivity, he strives to have crews on the road by 6:30 a.m. in order to beat the Denver rush hour period of 7 to 9 a.m. Due to his company’s size, Schultz uses fuel tanks on site to bypass the gas station.

Schultz Industries is committed to exceeding clients’ expectations and Schultz says they achieve this by doing the job right regardless of circumstances.

“We don’t cut corners,” Schultz says. “We give the client exactly what they’re paying for.”

Schultz also credits his company’s success to his good managers. He admits that he is a lousy manager due to the different mindset and personality needed to be an owner versus a good manager.

Schultz Industries has 165 individuals on staff with about 20 working as managers. As far as retention, the company has done quite well with five workers being with the company for 20 years, 28 having worked for the company for 10 years and over 41 workers who have stayed on for over three years.

One way Schultz expresses his appreciation for his employees is by offering a bonus program that goes all the way down to foreman level where they all receive $50 if they reach their target goals.

“We kicked 15 percent of the net back to staff and the foreman level and then we went one step further and said anything beyond that goal we’ll give you half of it,” Schultz says. “When we started the program the first year, it was about $140,000 in year one and the last year it bloomed to $800,000. Now we’ve got staff thinking like ownership. Essentially, it’s their money and that’s the mentality that we’ve fed.” 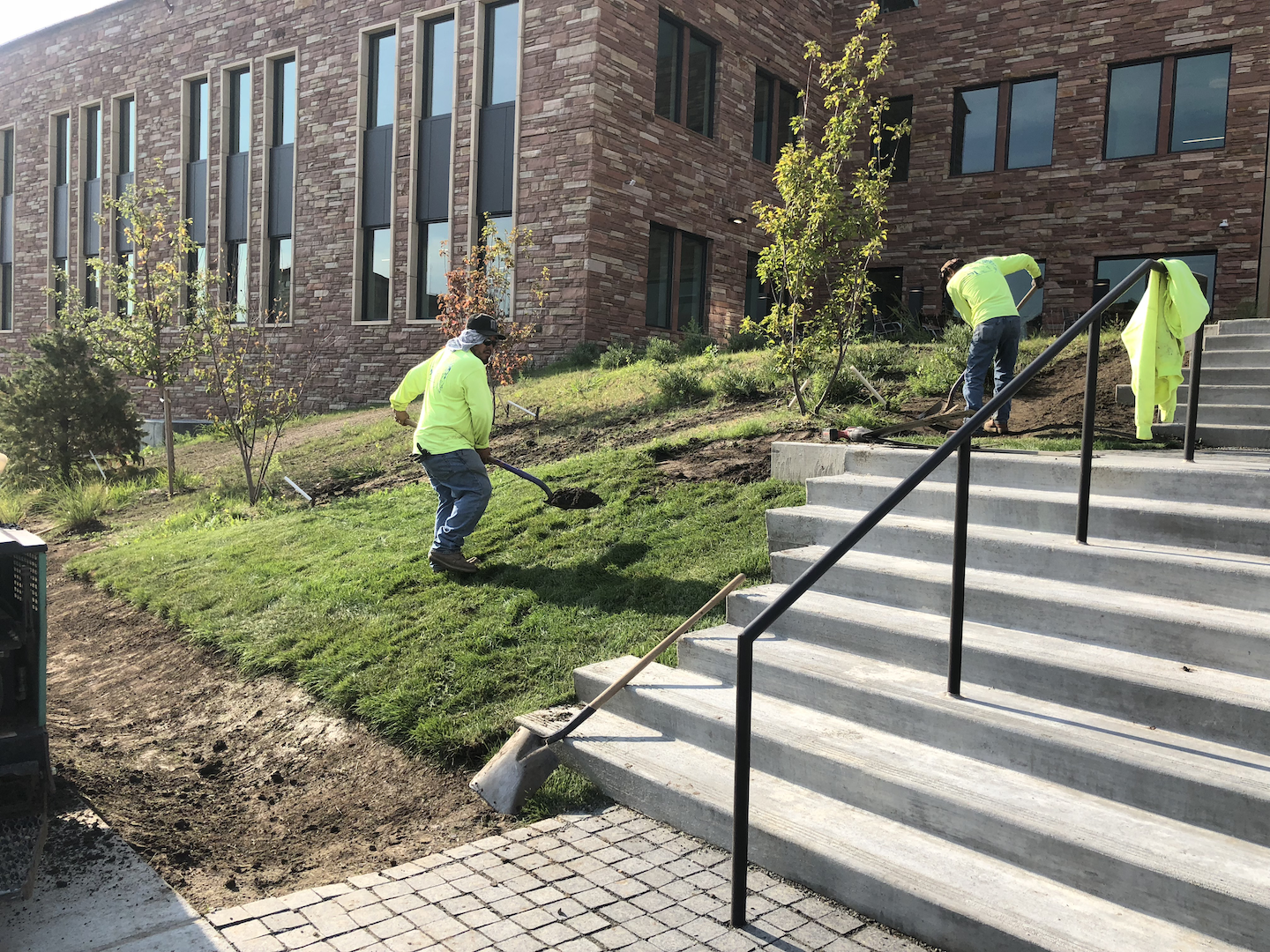 “With H-2B blowing up this year, we have not lost one employee to headhunters,” Schultz says. “We have very little turnover in that 90 percent of our people are here to stay. It’s that 10 percent, those 15 slots that we consistently struggle to keep ourselves fully staffed. But it’s not as bad as it sounds.”

Because the company is constantly seeking to fill 15 job openings, Schultz also provides employee referral bonuses since he has found running ads are not that fruitful. If an employee finds a worker who stays on for at least 30 days, that original employee is rewarded with $500.

Schultz views his employees as essential to his company’s well-being and has the mantra of “I work for them.”

“Whatever they need, they get,” Shultz says. “They tell us what they need and it’s our job to make sure that they’ve got what they need in the field to succeed.  I’m not sitting here because of me. I can tell you that.”

Aside from just providing the tools to succeed, Schultz also makes a point to ensure his workers have the skills they need as well. New laborers are typically on-boarded in a two-week process where they can do dry runs and handle equipment, and seasoned employees experience ongoing training in the field as well.

To help with the seasonality of work around three years ago, Schultz introduced a money savings program for his employees that would allow them to save $3,000 to $4,000 out of their paychecks over the summer so they wouldn’t struggle as much over the winter months.

Schultz is always looking out for his employees and is currently debating what his exit plan will be. He had originally hoped to create an employee stock ownership plan (ESOP) but the regulations and annual expenses required were too restrictive for Schultz. He has also been hesitant about ever selling the company, as recent landscape company transitions in the Denver area have not gone well.

“For me, it’s all about people that have given me 20 years of their lives,” Schultz says. “My mind isn’t there, so I’m not sure what I’m going to do with it yet.”