Along with having a leadership team that’s well-rounded and balanced, Jason Craven, CEO of Southern Botanical in Dallas, Texas, recommends making sure your company’s overall strategy of success matches up with your company’s culture.

“I think it is important to have a balance because you can go too far one way or too far the other,” he says. “If you’re all about strategy and operating procedures, you kind of lose the aspect of ‘we live and die by the success and the growth of our people.’”

Craven says he sees tremendous value in heavily investing in employees, whether that be through providing literature, educational business trips, leadership training, certifications and more.

“There’s a lot we do to try to cultivate our team and have them feel empowered to take the next step in their career, as well as help the organization thrive,” he says.

To have this balance, however, Craven says it’s important to first establish the kind of company culture that can support the success and growth of your employees.

“Your culture can be about different things, and I think that was one of the things I was naïve about in my early years of doing this,” he says. “I thought a great culture meant treating everybody well and not yelling at them when they goof up. What I’ve learned is that you do have to hold people accountable, and that’s part of having a good culture and they need direction.”

While it’s natural to want everything to run smoothly in your company as often as possible, it’s not realistic to think that every day will be a dream come true. For Craven, it comes down to execution, ensuring you do a good job for your customers and recognizing and celebrating victories as a team instead of as an individual.

“That’s always been our culture to step back and say thank you and help everybody see the big picture of what we’re building,” he says.

Craven realizes that the work load is hard and there are high expectations at his company, which means that not everyone is cut out to work there. Craven says that potential employees must have a drive or desire to be the best at what they are doing, and this standard runs from the top of the company to the bottom.

Craven recognizes that there is a nationwide issue with finding qualified and dedicated labor in the green industry, but what it comes down to for him is making sure there’s a team dedicated strictly to recruitment efforts.

“We complain a lot in the industry about people not wanting these jobs,” he says. “There’s definitely a lack of resources out there in labor, but I think you’ve got to be creative in looking for talent. The other thing is making sure that once they come in that they’re the right fit, that they understand the work that is expected of them and making sure we train them.”

As the leader of his company, Craven says he also has to check himself on a daily basis and ensure that he is lining up with the goals and culture of the company.

He also notes that one of the most important aspects of being a leader is recognizing and accepting that you won’t always have the answer to every question, but this is where your dedicated leadership team can step in and fill the gaps.

“I think giving yourself credit and trusting your gut are important,” he says. “Self-esteem is, a lot of times, a person’s biggest challenge in pushing forward. You’re never really a leader until you get that first follower, but having that first follower can give you the push you need to go further and lead more.”

Every leadership opportunity, he says, is an opportunity to encourage your team, and Craven finds that more often than not, people will remember how you made them feel and the feeling you left them with, not necessarily what you said to them. 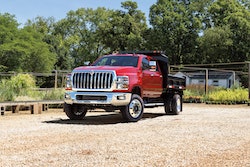 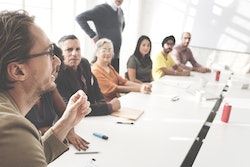 What it takes: Building a leadership super team 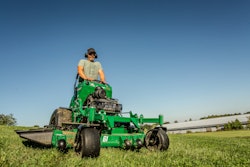 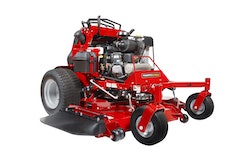