As CTL market matures, OEMs step up their game 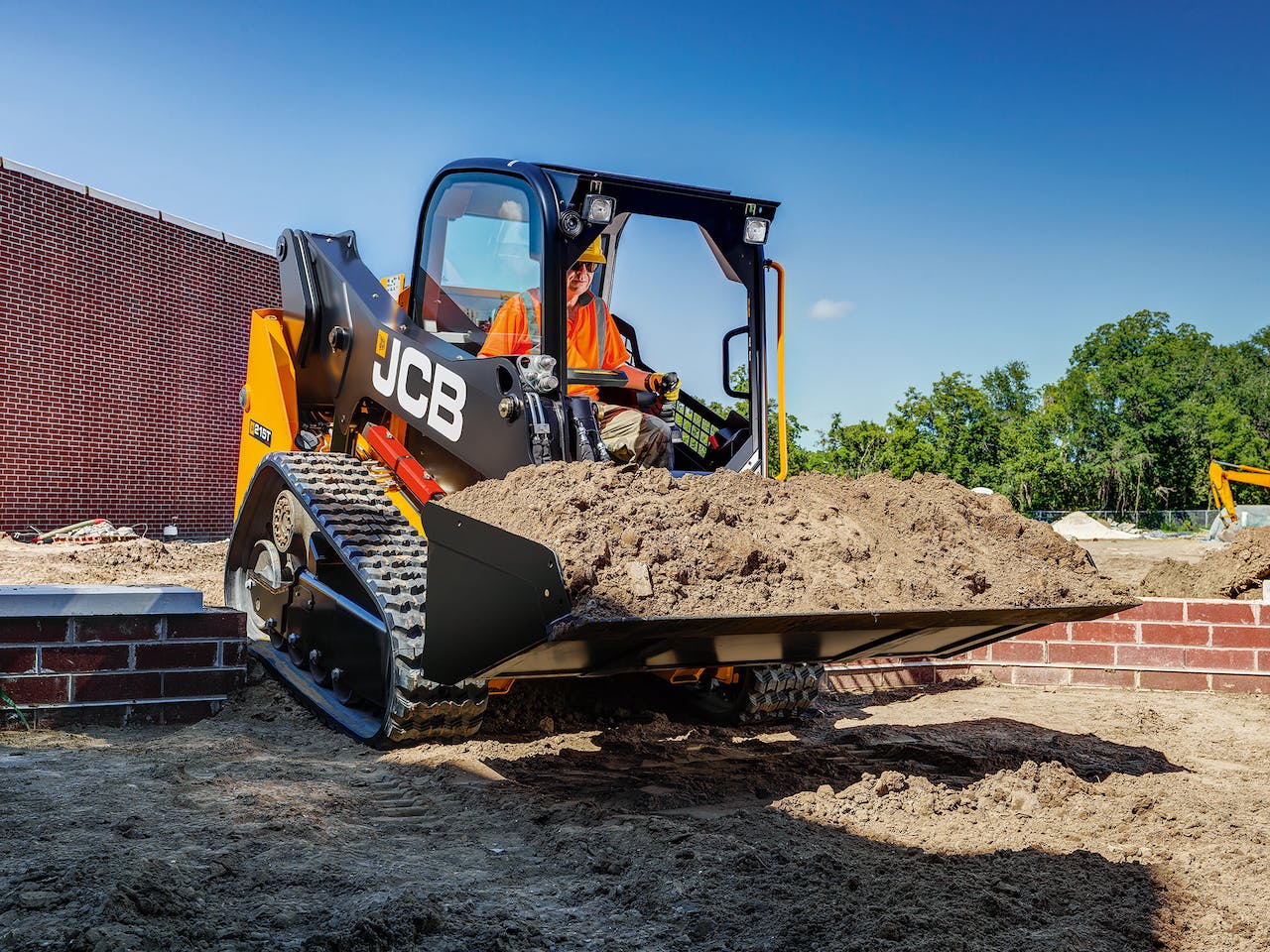 The 210T and 215T are the small-platform models of JCB compact track loaders. The 210T is a radial-lift machine and the 215T a vertical-lift. Both feature 74-horsepower
JCB by Kohler engines.
Photo: JCB 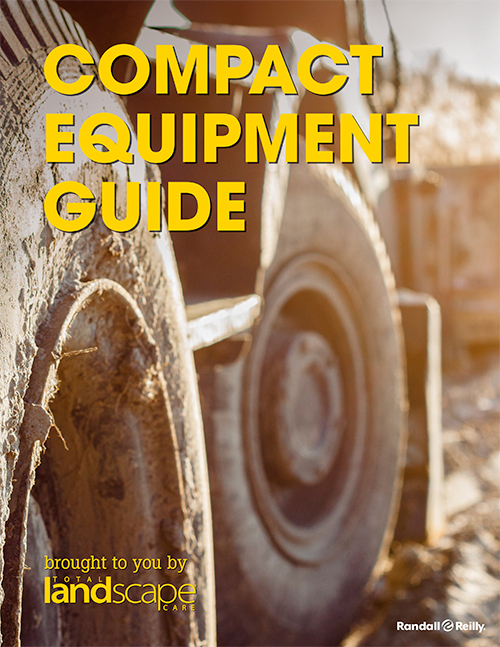 Want to download the entire Compact Equipment Guide, including comprehensive specs on equipment, from the editors at TLC?

For years, CTLs grabbed market share by being the new kids on the block and offering lots of wow factor. But as their newcomer status fades, OEMs are shifting strategies to maintain growth in a maturing market.

For starters, they’re offering better warranties to stay competitive, which can sometimes lead to warranty wars. “A big part of the move to longer warranties is to match or exceed what other OEMs are offering,” says Lee Padgett, product manager, Takeuchi-US. “In order to compete in this competitive market, manufacturers have to provide incentives, including longer warranties.”

What compelled expanded coverage initially? Primarily two factors. One was the improved quality of components. “Our track warranty on compact track loaders was two years, 1,000 hours,” says Buck Storlie, ASV testing and reliability leader. “It is now two years, 1,500 hours. We were getting no claims at 1,000 hours.”

Brent Coffey, loader product manager, Wacker Neuson, says the company also touts the higher residual values of longer warranties, which provide coverage into the second life of the machine. The company now offers a 3/4/5 warranty: three years, 3,000 hours bumper-to-bumper; four years, 4,000 hours on the drivetrain and hydraulics; and five years, 5,000 hours on the electrical system. With typical yearly use of 600 to 1,000 hours, at least some of the warranty coverage can remain in place for the second owner depending on when the original purchaser sells the loader.

But the Wacker Neuson warranty showcases the need to understand the terms of these longer warranties. OEMs didn’t start with one year, 1,000 hours full-machine coverage and then simply multiply everything by two or three or more. Warranties are better overall, but most are better in some areas than others. Manufacturers aren’t being deceptive; each is leveraging unique strengths to offer a better warranty while minimizing the risk of higher warranty claims and costs. For example, ASV expanded its track warranty, while its full-machine warranty remains one year, unlimited hours. Deere went from one year, unlimited hours (with occasional promotional offers for enhanced coverage) to two years, 2,000 hours.

There’s been a steady escalation of horsepower with several manufacturers now offering 100 horsepower and up. This is true of most compact equipment where “customers always want more performance from the same size package,” says Mike Fitzgerald, loader product specialist, Bobcat. Their newest CTL is the 100-horsepower T870. “They want to get more done with the same size machine. They understand the relationship between power and fuel usage, but they know their increased fuel costs will be more than offset with increased production.” 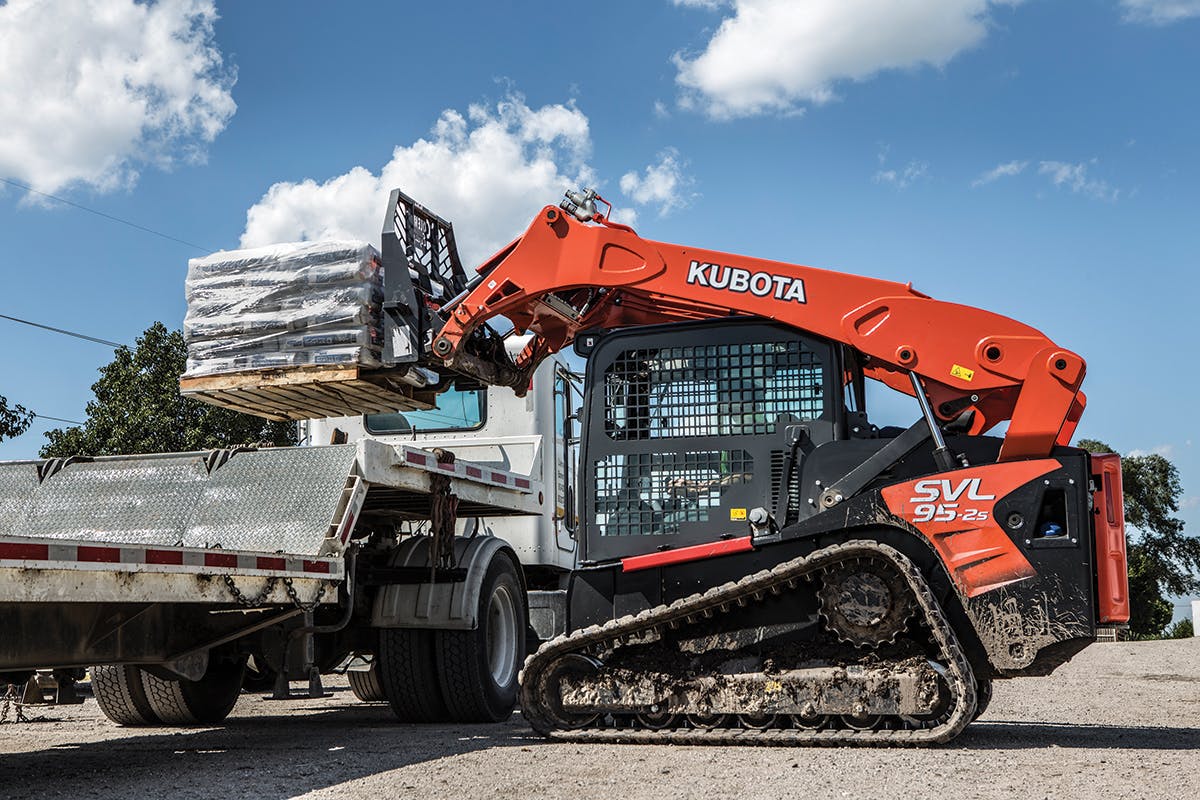 Kevin Coleman, product expert, Caterpillar, says horsepower and hydraulic system performance are just two parts of a three-part equation. The other is attachment design. “You’re going to get the greatest productivity when the performance characteristics of the host machine and the work tool attachment are matched. This match is best achieved when the loader and the attachment are engineered by the same manufacturer.”

Storlie points to flow sharing on ASV models as a key feature in their performance. The pump puts out 53 gallons per minute, but the system uses only 45 of that, so 8 gpm can be redirected to other loader functions with no loss of attachment speed.

Horsepower is a key spec for customers, says Zupancic. “Different customers focus on different specs, but they all focus on horsepower, and it typically takes prominence in their selection process.”

Given that, will the horsepower race continue indefinitely? Probably not. “We’re still ‘compact equipment,’” says Fitzgerald, “and there are limits to the size of the machines.”

Tier 4 Final machines of 75 horsepower and greater are already pushing the boundaries. Because they have more stringent emissions requirements than do machines of less than 75 horsepower, these bigger models require bulky aftertreatment systems and proportionately larger cooling packages.

If there’s an upper limit, what will it be? Zupancic says around 120 horsepower will be the cap. “That’s the most you can get from the 3.3- to 3.5-liter engines that fit this platform.” To hit, say, 150 horsepower would require significantly more displacement, something in the 4.5-liter size. The size of the engine plus its required cooling package would simply not fit in a compact footprint.

Lars Arnold, global product manager, Volvo Construction Equipment, says there’s an upper limit imposed by efficiency and productivity. “Once you get above 100 horsepower, you’re probably better off with a dedicated machine rather than trying to force a CTL into that application.”

George MacIntyre, Case product director of landscaping and agriculture and product manager for CTLs and SSLs, says, “While customers are demanding more power, it may not actually be what they want. What they really want is productivity, which relies most on hydraulic horsepower.” MacIntyre points out that the formula for hydraulic horsepower makes no mention of engine input horsepower. (The formula is power = psi x gpm / 1,714.) MacIntyre says Case has two high-flow options. The standard high flow uses a gear pump, and the enhanced high-flow uses a piston pump.

While sales of the Case CTL, the 90-horsepower TV380, have been solid, MacIntyre says there’s a lot of interest in models below 75 horsepower. “Customers don’t want to deal with the demands of DEF and higher heat rejection if they don’t have to use a larger machine in their applications.” He says that in many cases there’s a minimal return in going to a higher horsepower machine, whether that’s from 74 to 90 horsepower or 90 to 110 horsepower.

Randy Tinley, SSL/CTL product manager at JCB, says it’s better to focus on rated operating capacity. “Our large-frame compact track loaders offer ROCs from 2,500 pounds all the way up to 3,695 pounds for the Teleskid model with the telescopic boom. That’s plenty for most applications, and all those machines have JCB EcoMax engines rated at 74 horsepower.”

Telematics and other features

While telematics have become standardized in larger equipment, in compact equipment there’s quite a variety of offerings. Basic telematics are standard equipment on Bobcat CTLs, but the information is available only to the dealer and is used mainly for preventative maintenance and repair; there is no upgrade option for customers at this time. Cat machines come with telematics that provide machine hours and location. “A more comprehensive solution is available with additional functionality to help customers better manage their assets,” says Coleman. Wacker Neuson provides no telematics as standard; they offer one optional telematics system that is their most advanced, “and because it’s open architecture with no proprietary coding, it integrates easily with rental houses’ and contractors’ fleet management systems,” says Coffey.

JCB builds eight models of traditional CTLs plus the 3TS-8T Teleskid tracked loader with telescopic boom. Customers can spec LiveLink Lite or LiveLink Full as an option when ordering any of the models. In addition, JCB offers its Yellow Series on five of those models, including the Teleskid. The package of features includes LiveLink Lite, in the same way auto manufactures offer trim packages that combine popular features. The Yellow Series is the most popular configuration for these five models. 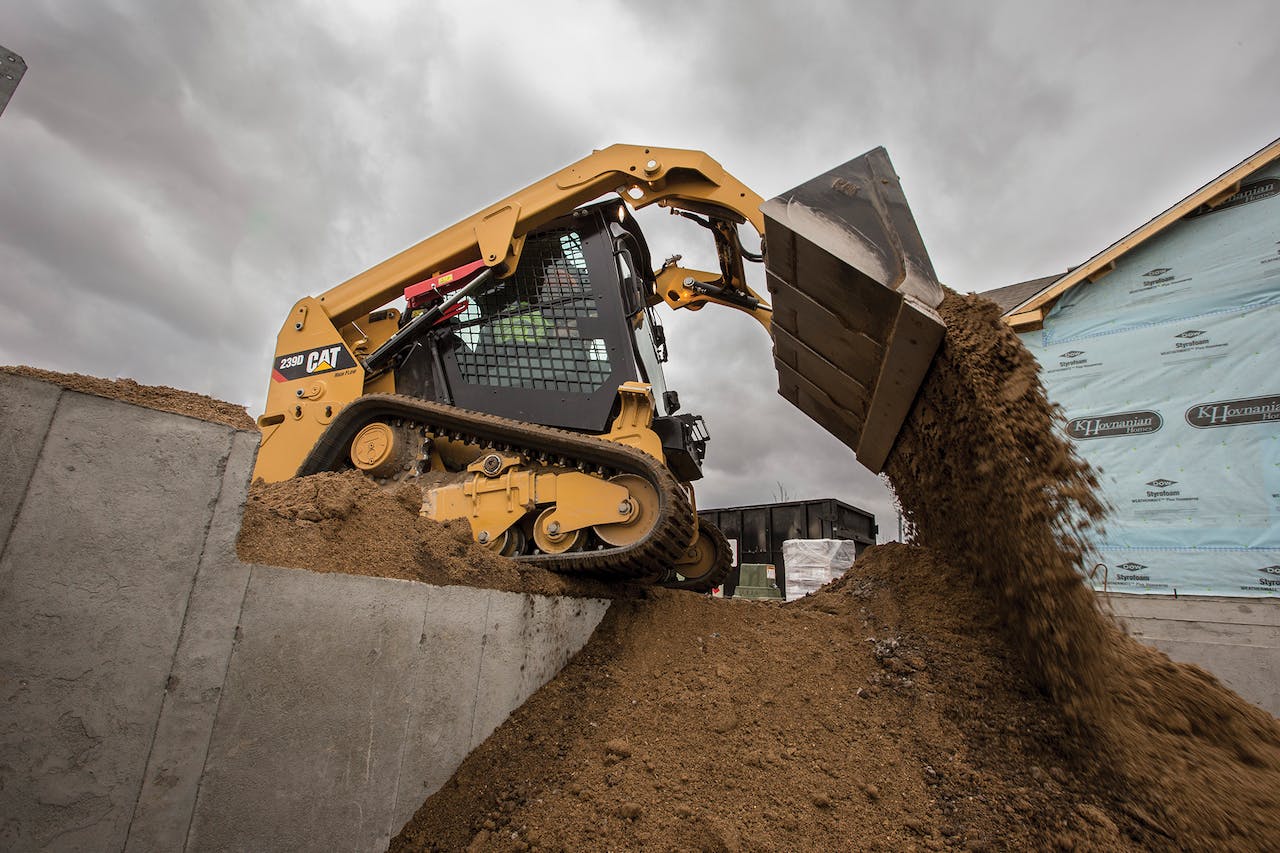 The radial-lift Cat 239D is powered by a Cat C2.2 CRDI engine rated at 67.1 gross horsepower and 153 pound-feet of torque.
Photo: Caterpillar

Coleman says that historically telematics have been used to transmit information from the field to an office. “In the future, telematics will enable communication from the office to the machine, to update software, for example.”

Manufacturers are adding features that enhance productivity and comfort in the many applications and with the many work tools typically associated with CTLs. Deere CTLs come standard with EH Joystick controls. This basic setup is left stick drive, right stick boom, ISO pattern only. Above that is the EH Joystick Performance package with selectable control patterns, creep mode, control of system response characteristics and more. The top-level EH Boom Performance package includes all the other features and adds return-to-dig, return-to-carry, and boom height kickout, each of which is programmable. Deere also offers onboard grade indication, “like an electronic bubble level,” says Zupancic.

Arnold says Volvo has made changes throughout its CTLs. Some are big. The single-sided boom is stronger and more rigid. The cab can now be tilted forward without first raising the arm, and the new tilt cylinder location provides best-in-class cylinder protection. The cab door has a wider opening angle for easier access. The attachment plate has replacement wear plates, and the cycle time to change attachments has been reduced. Some changes are more subtle. The wiper motor has been repositioned to the side for better visibility. A cab air vent (“burp valve”) makes it easier to close the door on the tightly sealed cab.

Padgett points to the 5.7- inch color monitor in Takeuchi CTLs. In addition to displaying machine vitals, the monitor provides access for adjusting auxiliary hydraulic flow and selecting attachment presets, and it shows the view from the rearview camera that is standard on most models.

Upheaval in the market is fading. There will continue to be a rebalancing of CTLs, and skid steers and other machines will get drawn into the mix. But the market is trending toward stability with sales of all categories of equipment rising. De Hoyos says the big determinants – underfoot conditions and initial investment level – are now well understood by customers when they’re choosing between tracks and tires. “Kubota makes two models in each product line, covering the largest portion of each market,” he says.

One wrinkle has been the increasing power available in stand-on and walk-behind compact utility loaders. Will they pose a threat to CTL market share? “Utility loaders are capable machines,” says Coleman, “and provide a unique solution for customers requiring smaller equipment in tight spaces. But they come with limitations, such as the size of the load they can handle, the number of attachments they can use and the lack of a quiet operator station with heat and air conditioning.” He says that while such machines have a secure place in the market, “they won’t likely displace larger ‘sit-down’ loaders.”

EDITOR’S NOTE: This article was written by Richard Ries. 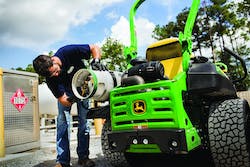 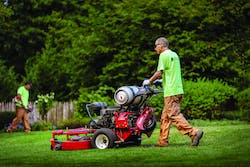 Steps to take when switching to propane 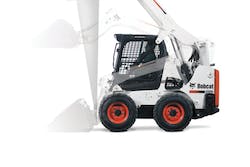 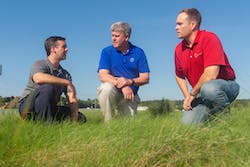