Recently, Monrovia has announced its Featured Plant Collection for 2019, which highlights a diverse group of plants that are the best and most improved versions of certain plants that are on the market.

In order to be consider a featured plant, Monrovia partners with breeders to determine what plants are featuring the best attributes. These plants can be tried and true cultivars that have been around for years, while others are newer varieties.

“All the growers all get together with a lot of other people and they spend close to a week doing something called catchball where they look at everything that we’re going to grow and they project this year and next year and a couple years out and they do this every single year,” says Kate Karam, editorial director for Monrovia. “It’s during that process they decide what’s new, what we’re continuing to grow, and what we’ve been growing, that looks especially good but changed in some way that we found a better way to do it and so through that process they come up with this incredible list of featured plants.”

Monrovia calls this sort of plant selection Darwinian breeding as they are always seeking out new adaptations in plants.

“Just like how Darwin was always looking for things that evolved and trying to study how things evolve in nature and in the world, we’re that way with plants,” Karam says. “We’re always looking to see how things are evolving and how they are adapting and changing to climate change, to changes in water whether it’s a lot of water or a little water. How are those plants adapting to everything that’s around them and are they something we want to continue to grow or are they something that we have decided no longer works in the average garden or it isn’t serving the purpose that we wanted it to serve.”

Karam says it isn’t too hard to create beautiful cultivars in a lab, but the true challenge is getting the plant to stay true once it is out in the landscape.

“I think that’s the bigger challenge is that nature generally has the last word about most things,” she says. “And when you put a plant that you’ve made into the landscape it’s an open question as to whether or not it’s going to succeed.”

This is where the beauty of the featured plants comes in as these are the plants that Monrovia has determined will hold true. She says Icee Blue Yellow-Wood is an example of this.

“If you were to buy one 10 years ago and buy one today it would still be the same form and same color,” She say. “They hold. They’re true. That sort of the holy grail when you’re making a plant is to get it to do that.”

She says Monrovia is fairly harsh when determining which plants to focus on because even though a plant may be beautiful, if they can’t get it to do exactly what they need it to do in the landscape consistently, it won’t be a plant that will make a customer happy.

So, what are the features that customers are wanting in their plants? According to Monrovia’s consumer and market research, the Featured Plants of 2019 tend follow their predicted garden trends. These are plants that are adapted to climate change, can perform double duty in the garden or work well in classic garden styles.

“Low-maintenance is big, but they also want them to be a couple of things,” Karam says. “They want them to be true to size, and that’s a really big one because some plants that we all love have a tendency to outgrow in perfect conditions what the label says they’re going to do so people need plants that if it says it’s going to be four feet tall because they want to put it underneath their window then it has to stay four feet tall or it has to look really good sheered.”

Karam says there has been an increased interest in hedging material as well.

“The other thing people are really wanting is a lot of color,” she says. “It’s interesting because we’re seeing all green gardens and lots of white plants coming down the pipe from breeders and I think that’s where gardening will be in a few years, but this right now is all about lots and lots of color, the brighter the better.”

“They’re really beautiful because they’re very daisy-like but they have a really beautiful flat flower and the problem with a lot of coneflowers is there’s a big gap between the stem and foliage and these are really super compact, so the stems are long enough to be cut but it looks like a really beautifully shaped plant,” she says. “It doesn’t look all rangy and a little too natural. It looks very beautiful and the colors are incredible.” 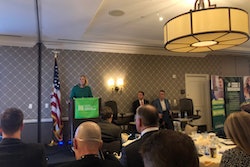 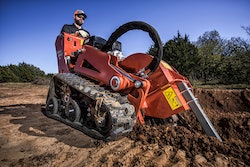 Taking care of your trencher: Basic maintenance points to not overlook 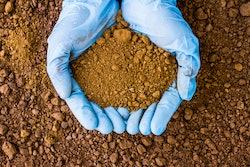 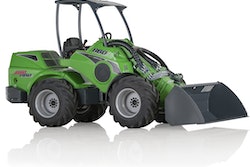