Proper pruning practices to share with clients for their hydrangeas

Hydrangeas are a beautiful addition to any landscape with their eye-catching blossoms and generally hardy nature.

While having numerous varieties of this shrub tends to be an advantage, it can be a drawback when it comes to your customers knowing how to properly care for their hydrangeas.

If your clients are becoming perplexed about the contradictory information as to when they should be pruning their hydrangea, take the time to educate them on how to care for their particular variety or offer to handle the task yourself.

The main source of confusion for homeowners is whether they are reading pruning advice for hydrangeas that bloom on old wood or new wood. Depending on which type of wood the shrub blooms on will determine when someone should go about pruning their plant.

The trouble is some hydrangeas bloom on old wood while others bloom on new wood. When flowers grow on last year’s buds, this is considered old wood. Flowers that appear on the current year’s growth is defined as growing on new wood.

Hydrangeas that bloom on old wood should be pruned shortly after the current flowering in order to avoid removing developing buds.

If a homeowner incorrectly assumes that their hydrangea blooms on new wood, but it actually flowers from old wood, they run the risk of cutting off all the dormant flower buds and leaving their shrub flowerless for the season.

Some cultivars such as Endless Summer flower on both old and new wood. According to the Endless Summer website, these hydrangeas require very little pruning and individuals should avoid over-pruning as this will lead to less blooms.

Know the species and cultivar

There are six main species of hydrangeas you’ll find in customers’ landscapes. Below is a breakdown on each one and whether they flower on old wood or new wood, along with some popular cultivars of each species.

Mopheads are the iconic globular flowers that tends to be either bright blue or pink, depending on the pH of the soil. Lacecaps have tiny buds in the center that are fertile and then are surrounded by larger, sterile flowers.

Cultivars in the Endless Summer collection are bigleaf hydrangeas. Some of the other well-known series for these species include the Abracadabra series, Cityline series and Let’s Dance series. ‘Nikko Blue’ is a particularly classic bigleaf hydrangea cultivar.

Traditional bigleaf hydrangeas should be pruned after they have bloomed in the summer.

Formerly considered a subspecies of bigleaf hydrangeas, the mountain hydrangeas are now considered a species of their own. This Japanese-native species is particularly winter hardy and has similar blooms to the lacecap, but they are smaller and more delicate in appearance.

Mountain hydrangeas should be pruned after they have bloomed in the summer.

This sun-loving species of hydrangea is native to the eastern United States. It has heart-shaped leaves and the clusters of tiny fertile flowers can become quite large.

The cultivar ‘Incrediball’ was bred for stronger stems to prevent the flowers from drooping. Other well-known smooth hydrangea cultivars include ‘Annebelle,’ Invincibelle Spirit’ and ‘Grandiflora.’

Smooth hydrangeas should be pruned in the late winter or early spring before growth begins.

Also known as PG or PeeGee hydrangea, this shrub is native to China and Japan and gets its name from its elongated (or panicle) flower heads. The leaves are broadly oval. The panicle hydrangea can grow into a standard tree form.

Panicle hydrangeas should be pruned in the late winter or early spring before growth begins.

Another native of the United States, this hydrangea originates from the Southeast. Its name comes from how its leaves look similar to that of an oak. The leaves also turn shades of red and bronze in the fall. These hydrangeas have a looser habit and even larger leaves than other hydrangea species.

Its blooms are similar in shape to the panicle hydrangea with a cone-shaped clusters. Some of the notable oakleaf hydrangea cultivars are ‘Munchkin,’ ‘Snowflake’ and ‘Ruby Slippers.’

Oakleaf hydrangeas should be pruned after they have bloomed in the summer.

A vigorously growing vine that does well in partial shade to full shade, this hydrangea has oval leaves and lacecap style blooms in the summer. This hydrangea has grown in popularity thanks to is relatively non-aggressive nature.

‘Miranda’ and ‘Firefly’ are some of the cultivars available for this species.

Climbing hydrangeas should be pruned after they have bloomed in the summer.

Encourage your customers to save their plant labels moving forward so there is no detective work required for next year’s pruning.

If your client is still uncertain as to what pruning they should attempt, the University of Maryland extension says that no pruning is better than the wrong type of pruning.

The safest form of pruning for hydrangeas is to focus on removing dead flowers, winter-killed wood and dead or old stems to rejuvenate the plant. 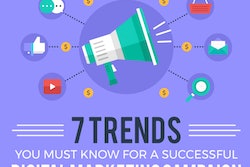 The main ingredients of an effective digital marketing strategy 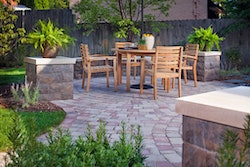 Picking the perfect placement for patios 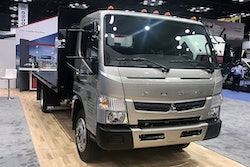 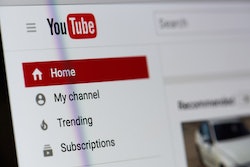