The suit claims Ford was “knowingly installing a mileage cheat device and misrepresenting fuel economy ratings” in its latest midsize trucks. The device is also referred to as an emissions-cheating device, which attorneys say is “also likely installed in F-150 trucks and possibly all other Ford vehicles.”

Ford told Hard Working Trucks that they had not yet reviewed the suit.

“We haven’t been served with this complaint yet. When we are, we’ll review it and respond appropriately,” a statement from Ford reads.

Hard Working Trucks says Hagens Berman reports that the suit was filed on behalf of consumers Monday in the U.S. District for the Eastern District of Michigan.

In February, Hard Working Trucks says Ford announced that Ranger would be the first among other Ford vehicles to be subjected to a fuel economy and emissions investigation following concerns that were raised within the company roughly three months before MPG figures were announced for Ranger in December.

“In September, a handful of employees raised a concern through our Speak Up employee reporting channel regarding the analytical modeling that is part of our U.S. fuel economy and emissions compliance process,” Kim Pittel, Ford’s vice president of sustainability, environment and safety engineering, told Hard Working Trucks.

“At Ford, we believe that trust in our brand is earned by acting with integrity and transparency,” Pittel continued. “As part of this, we have a process for looking at how we perform and behave in our broad and complex company.”

Hard Working Trucks says Ford hired an outside firm to investigate the validity of its vehicle road load specifications used in its testing and applications to certify emissions and fuel economy.

Ford also notified the Environmental Protection Agency (EPA) and the California Air Resources Board of its actions, according to Hard Working Trucks.

An additional 410,351 older Ram pickup trucks have been recalled by Fiat Chrysler Automobiles (FCA) due to a faulty remote tailgate lock that will allow the tailgate to suddenly drop and spill its contents, according to a new filing with the National Highway Traffic Safety Administration (NHTSA).

According to Car and Driver, a total of 1,559,588 trucks in the United States have a defective latch in which a broken tab can allow the electric actuator’s locking rod control to “overtravel” and pull the locking rods, which is equivalent to a person using the handle to open the tailgate manually.

If this occurs, FCA says the tailgate isn’t considered just unlocked, as the latch is completely open and would let the tailgate drop open at any given time.

According to Car and Driver, FCA says it found at least 127 warranty claims and 67 owner reports of the defect on the long-bed models through April 29.

Ram dealers will fix the locks for free, and FCA will reimburse customers who have already paid to have the work done before the recall, according to Trucks.com. Recall notifications will go to dealers and owners on June 28.

Car and Driver reports that as of April 16, FCA dealers have repaired 58 percent of the short- and medium-bed trucks. 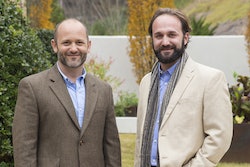 Landscapers offer their advice on going into business with a sibling 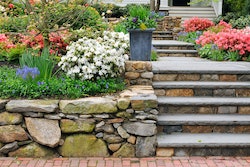 Understanding retaining walls in the landscape 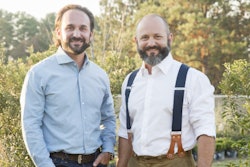 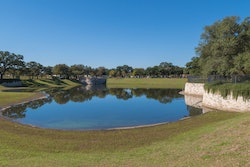