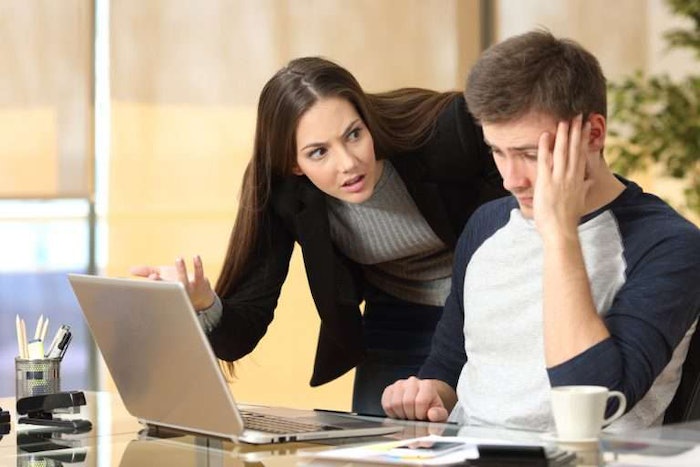 As a general rule of thumb, no one enjoys being micromanaged, but as a professional in the green industry, it’s possible that at one point in your career you’ve either dealt with a micromanaging boss or were one yourself.

When it comes to work, nothing kills drive and ambition more than a helicopter boss lurking over your shoulder at all hours of the day. Micromanaging is one of the most detrimental habits authority figures in the green industry can have because it creates an environment of distrust, stress and over-dependence.

In a webinar hosted by Jeff McManus, creator of the Jeff McManus Leadership Academy and director of landscape services, Ole Miss golf course and airport operations at the University of Mississippi, the topic of how to deal with being micromanaged was presented.

If you know of someone in your landscaping company that fits the description of a micromanager or you fear that you yourself might be classified as one, take a look at what you need to do to handle the situation in a calm, reasonable and professional manner.

Who is this for?

According to McManus, the idea of either avoiding becoming a micromanager or learning how to effectively work with one can apply to anyone in your landscaping company who seeks results from others, any newly promoted leader or anyone in the organization who wants to become a highly effective leader.

“None of us think we micromanage anybody else, so this is something we need to be aware of (because) if we want to move up in our career, we need to ask, ‘How do we keep people accountable but not be a micromanager?’” asks McManus.

According to McManus, one of the main reasons people become micromanagers is because they go from one level to the next and don’t yet feel comfortable letting go.

“It doesn’t make sense to hire good people, train them, empower them and cultivate them only to micromanage every step of the way,” he says. “I want to empower them to go and grow.”

One important step to take when evaluating your landscaping company for potential micromanagers is to look at yourself and see if you would fall under that category. Take a look as some of the following attributes that typically are associated with a micromanager:

If any of these sound familiar to you personally, McManus says you may need to take a step back and realize you could be a micromanager.

“One thing that helped me tremendously in this area was to constantly remind our folks that it’s not what I want done, it’s what we agreed to do,” he says.

McManus admits that for those transitioning into a leadership role, there could be a short window of time where they will need to have projects come through them for tweaking and editing purposes, but after that initial transition period has ended, it’s time to let go of the reins.

“When I first got here, I spent a lot of time checking behind my guys and what they were doing around the campus because we weren’t on the same page,” says McManus. “So, there was a lot of training, development and growth in that. But the best thing we ever did here was create our standards together, which was the Landscape University. That empowered our team so much.”

McManus says he’s seen extreme cases of micromanaging where the person in charge was requiring project updates every six minutes, which not only slows down the progress of the actual work but also drops morale within the crew.

Why do managers micromanage?

One of the biggest reasons McManus believes people become micromanagers is because they’ve experienced a disconnect in the workplace, whether because they’ve recently been moved up and aren’t in a hands-on position anymore or for other reasons.

“There’s the challenge right there of them getting used to their position and what their new goals need to be in the new area,” says McManus. “A lot of times, the challenge can be trust. That person may have some trust issues.”

Working with and understanding micromanagers is never an easy task, but McManus encourages people to begin the process by looking inward to see if there’s something you might be doing to trigger that micromanaging side.

“Most people never look inward,” he says. “They always think it’s somebody else, and so we always want to start with us and see how we might need to change and grow. Maybe it’s not that we’re doing anything wrong, but maybe we just need to help grow our leader and develop them.”

The second step McManus recommends is to examine the work quality and listen to what that leader is saying. Ask them questions and ask for specific reasons as to why they aren’t pleased with the work you performed.

A third step is to not be afraid to proactively communicate with your leaders and do so often. McManus recommends finding that particular leader’s favorite form of communication, whether it be call, text, email or face-to-face conversations, and keep in regular contact with them so they feel more in touch with the projects.

“This can sometimes feel like an energy suck, but you have to flip that to be enthusiastic,” he says. “Try to be excited to share with that person and keep them in the loop. Show the excitement; don’t let it be begrudgingly.”

As a green industry professional, McManus has found that sending photos of ongoing, updated or completed projects speaks volumes in his line of work. He also adds that viewing the situation from the point of view of the boss can also make things run much more smoothly overall.

McManus also says that if you feel comfortable enough with the person, talk to him/her about previous employees he/she has worked with and admired, find out what that person did that was so well-received and try to duplicate it.

When in doubt, McManus says it can also prove beneficial to just let your boss know how you feel.

“Be honest, but you cannot go in all juiced up and revved up,” he says. “That’s not going to get you anywhere except out the door. You need to come in with a gentle, humble spirit. You know what you’re doing and you can be confident, but at the same time, you can always learn. Don’t let your ego get so big that you feel like you’ve got to be the one that’s right.”