Bug watch: Looking out for pesky gypsy moths and caterpillars

There are plenty of pests to be on the lookout for over the next few months, but one that can be especially hard to manage is the gypsy moth and gypsy moth caterpillar.

According to the University of Wisconsin-Madison Gypsy Moth in Wisconsin Division of Extension, gypsy moth caterpillars defoliate thousands of acres of hardwood forests, yard trees and other urban trees throughout the northeastern United States each year.

If you or your customers have noticed the tell-tale signs of the gypsy moth or gypsy moth caterpillars, take a look at what you can do to slow their progression, clean up their mess and keep a full-fledged infestation off your hands.

Accidentally introduced in Medford, Massachusetts, in 1869, the PennState College of Agricultural Sciences Department of Entomology Extension says the gypsy moth (Lymantria dispar) was widespread in the New England states, regions of New Jersey, and eastern New York by 1902.

“Gypsy moth is an outbreak pest and can remain at low levels for several years and then numbers can rise every few years,” the University of New Hampshire Cooperative (UNHC) Extension said online. “Unless areas are actively monitored, even moderate gypsy moth populations can exist unnoticed.”

The female gypsy moths will be mostly white with a wingspan of 2”, and the males will be light tan to dark brown with a wingspan of 1 ½”. The females will be flightless, and the UNHC Extension says the males are good fliers and can often be seen flying in large numbers. The moths are typically found from early July through August, but at this time, the UNHC Extension says they will not feed on foliage.

Since gypsy moth caterpillars have no natural predators, they are able to spread unabated. These bugs thrive in dry conditions, and they have a cyclical prevalence. They are not poisonous but can cause an itching rash among those who touch them.

These caterpillars are distinguished by their hairy bodies, which are dotted with red and blue spots. After hatching, they are only about one-sixteenth of an inch, but they can quickly grow to be more than three inches long by the time they begin to form cocoons almost six weeks later.

Gypsy moth eggs live through the winter in clusters called egg masses. The egg masses will be buff-colored with a velvet-like texture, and they will be about 1 1/2” by ¾” in size. These usually hatch around the first week of May, and the masses can be found on the trunks of trees and branches. They can also be laid on other surfaces, such as lawn furniture and the sides of houses. At the end of June/beginning of July, they will begin emerging as moths.

The PennState Extension says that gypsy moths and caterpillars are indirectly responsible for causing the mortality of susceptible host trees, and heavy defoliation caused by the larvae can cause stress to the infested host plants.

These insects are drawn to oak trees, which could pose an issue for southern New England, as forests in the area are filled with mainly oak trees.

“A normal outbreak pattern for this pest may be described as two years of light infestation with minimal defoliation followed by two years of moderate to severe defoliation with population collapse after the second year of heavy defoliation,” the PennState Extension says online. “Infestations may flare up in future years; however, caterpillar density and level of defoliation will probably not be as severe or widespread as encountered during an initial infestation.”

Getting rid of gypsy moth eggs is no small task, but according to the University of Wisconsin Extension, there are strategic steps you can take month by month to help cut down on the presence of this pest.

At the start of July, gypsy moth caterpillars will finish their feeding period and begin to pupate. They will emerge between the middle and end of the month as adults.

In August, the moths will begin to lay their eggs, and depending on the weather, the females will continue to lay their egg masses throughout the first two weeks of the month.

The University of Wisconsin Extension recommends looking for eggs in crevices and hiding spots that would be considered protected, such as on rough bark, under branches, on buildings, tables and more.

Around the third week of August, keep an eye out for small holes on the egg masses, as this is a sign that they have been parasitized by tiny, non-stinging wasps called Ooencyrtus kuvanae, according to the University of Wisconsin Extension. Be sure not to remove and destroy the egg masses until after the first hard frost, as the extension notes that this will allow the beneficial wasp to build up its numbers. Once September rolls around, search heavily for these egg masses.

“Conducting a thorough survey on your property can help determine if gypsy moths are likely to cause significant defoliation next spring,” the University of Wisconsin Extension says online. “New egg masses are firm to the touch. Old ones are pale in color, will crush easily, often look tattered and are not of concern.”

According to the University of Wisconsin-Madison Wisconsin Horticulture Division of Extension, managing gypsy moths successfully requires an integrated approach that can include several strategies.

“When population densities are high, or in outbreak situations, the most effective approach for preventing widespread defoliation, and reducing the gypsy moth population, is aerial applications of a biologically derived insecticide called Bacillus thuringiensisvar. kurstaki, commonly known as Bt,” the Wisconsin Horticulture Extension says online. “Bt sprays are only effective on the caterpillar life stage, and are essentially harmless to other animals, including birds, fish, humans and pets. However, Bt can affect other, non-target butterfly and moth species.” 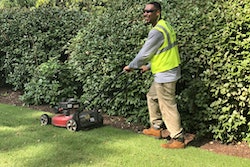 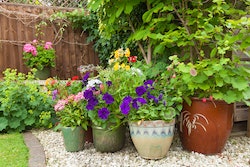 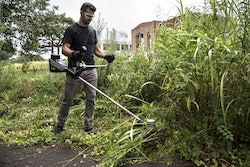 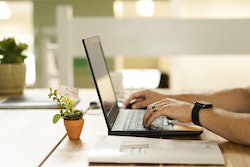 How to find the perfect freelancer for your landscaping blog