The company says the plastic sheathing on the throttle cable can melt due to improper routing, causing the throttle to stick, which could result in the operator not being able to stop the vehicle, posing a crash hazard.

This recall involves John Deere Gator utility vehicles with model number “XUV835” printed on the hood. “John Deere” and “Gator” are printed on the cargo box. The serial number is located on the frame directly above the right front tire and begins with 1M0835. The recalled utility vehicles were sold in green and yellow, olive drab and camouflage and have side-by-side seating for two or three people, depending on the seat option.

Consumers are urged to immediately stop using the recalled vehicles and contact an authorized John Deere dealer for a free inspection and repair of improperly routed throttle cables. John Deere says it is contacting all known purchasers directly, and the company says it has received reports of nine incidents. No injuries have been reported.

They were sold at John Deere dealers nationwide from November 2017 through July 2019 for between $13,860 and $22,930. The manufacturer is Deere & Company of Moline, Illinois. They were manufactured in the U.S.

ASV Holdings, Inc. has introduced the new compact RT-50 Posi-Track loader, featuring an industry-leading performance-to-weight ratio. The company says the RT-50 positions itself perfectly between the RT-40 and RT-65, completing ASV’s lineup and allowing operators to do more in more places.

“The new RT-50 fits into a size class our customers were asking for,” says Justin Rupar, ASV Holdings Inc. vice president of sales and marketing. “We’re excited to offer the machine as an extremely versatile compact track loader for its class. The RT-50’s size and capabilities will make it very attractive to both existing and new ASV customers. It offers exceptional value to a wide range of industries due to its groundbreaking design and performance features, allowing operators to complete tasks in places other machines aren’t able to.”

The company says the lightweight unit’s low trailer weight makes it easily towable by a 1/2-ton pick-up truck or SUV, and its narrow width allows it to fit into small trailers.

Drive motors transfer the machine’s torque to ASV’s patented internal-drive sprockets, and ASV adds that the internal rollers reduce friction loss in the undercarriage, transferring maximum power to the track regardless of drive speed.

ASV says the machine’s high pin height gives it the ability to load landscape trucks and small dump trucks, and its wide tracks and even weight distribution from the large number of contact points within the patented Posi-Track undercarriage allows for class-leading ground pressure.

The company says the machine’s width also means ease of use in tight areas other loaders can’t reach, such as sweeping or plowing snow on sidewalks or working in narrow home developments.

ASV says the RT-50’s undercarriage allows customers to use the machine as an all-terrain, all-season piece of equipment with maximum control, flotation, traction and pushing power in steep, wet, muddy and slippery conditions. The company adds that numerous contact points and guide lugs also virtually eliminate the risk of track derailment.

The company says the RT-50 features a torsion axle suspension system that allows for a smoother ride over rough terrain, meaning less fatigue for operators spending a long day in the cab and standard joystick controls make operation easy and intuitive.

The company says the RT-50 includes features allowing for the highest ease of serviceability, saving operators maintenance time so they can get back to work, and a large rear-tilting hood gives easy access to all maintenance points.

A flexible rubber track with internal positive drive sprockets, the company says, provides superior traction and track life, and the open-rail and drive-sprocket design results in increased sprocket and bogie wheel life along with easier and faster undercarriage cleaning. All of the wheels are exposed in the undercarriage, allowing material to spill out, reducing the risk of abrasive material getting trapped and wearing away at components, according to ASV.

ASV says it builds its loaders with standard metal-face seals on the to ensure the idler wheel hubs don’t require maintenance for the life of the machine, and individually replaceable steel sprocket rollers within the undercarriage save both time and money.

Organizers for this year’s GIE+EXPO say that the early bird registration week for 2019 GIE+EXPO was the biggest ever with more than 3,700 attendees registered the week of Sept. 2.

A one-day record was set on Thursday with 1,776 registrations – 26 percent higher than any previous day ever, and more than 24,000 participants are projected to be in Louisville on Oct. 16-18 for the annual event.

“Coming off of our biggest early bird week in history, every indication points to the 2019 show being bigger than ever on all fronts,” says Warren Sellers, show director. “Participation from all segments of the industry is going strong. Add to that the synergy that’s being generated by the broad variety of exhibits and exciting show features and this is shaping up to be our best event yet!”

“The show is much more than power equipment,” says Sellers. “Exhibitors are showcasing technology, software, tools and auxiliary products – everything you need to do business in today’s market. In fact, with 40 companies exhibiting software and computer/business technology, GIE+EXPO has the largest concentration of software companies of any industry event in the country.”

Listed below are a few other special features for the event:

The 2019 Farwest Show, held Aug. 21-23 at the Oregon Convention Center in Portland, saw an increase in attendance over the prior year, according to figures from show producers the Oregon Association of Nurseries.

More than 5,000 nursery industry professionals from 20 countries and 44 states took advantage of this show, and the keynote speaker for the event was Dr. Charlie Hall.

“The exhibitors I talked to were all very happy with the way the show went this year,” says show chairman Patrick Newton, owner of Powell’s Nursery in Gaston, Oregon. “They felt like the people walking the show were actual buyers. I had two different people I know tell me they picked up new customers, and they were also able to see existing customers. It was all super positive.”

Turnout was packed at the show’s Happy Hour on day one, which was held in the Convention Center lobby. The annual Farwest Pub Crawl, which visited three Eastside pubs, all within walking distance of the Convention Center, had its best turnout ever, and The Emergent Networking Event (for everyone, but focused on those under 40) and the Women in Horticulture event were also well attended.

But for Newton, a nurseryman and exhibitor, it was all about seeing as many old and new customers as possible.

“I think it’s probably one of the best shows I’ve ever had,” he says. “It was busy the whole time. I had people circling the booth waiting to talk to me. It was all good positive stuff. For me it was awesome.”

He is hopeful that the show’s strong performance will continue. The value of the show comes from who is exhibiting and who is in attendance. He is already looking forward to the 2020 edition of Farwest, which will be held next Aug. 26–28, again at the Oregon Convention Center in Portland.

“If new customers are coming to the show, then it gives us all a reason to be there,” he says. “And if more exhibitors come, then even more buyers will show up.”

“The construction industry provides great opportunity for intelligent growth as we further streamline product offerings, strengthen the dealer network throughout North America, and focus on ways to help businesses succeed and drive efficiencies with their compact and heavy equipment fleets,” says Cianci. “Case is a strong brand with great character and values, and I look forward to the work ahead.”

Cianci holds a master’s in business administration from Roosevelt University, and he earned his bachelor’s degree in marketing from Bentley University. He will be based out of the Case headquarters in Racine, Wisconsin, and lives with his family in northern Illinois.

Tracker says it is launching a new utility vehicle, the Tracker OX400, which the company says is designed to meet the needs of property owners with acreage.

Designed for hard work, Tracker says the OX400 is small but burly and is ideal for those on a budget. Backed by a 24-month warranty, the company says the OX400 features a 13.5 hp, 4-cycle, 401 cc single cylinder, air-cooled engine built within a welded steel frame.

With seating for two, the company says the OX400 features a 12-cubic-foot rugged rotomolded cargo box. With 500 lb. of hauling capacity, Tracker says it has the grit to haul your cargo wherever you need to go.

Available for $5,799 plus freight ($300 or $375 depending upon geographic zone), Tracker says the can be purchased with the company’s No Haggle, No Hassle pricing.

Pioneered by Bass Pro Shops founder Johnny Morris, the company says this pricing policy affords customers the same nationally advertised price regardless of where a Tracker Off Road vehicle is purchased.

Fecon recently announced the appointment of the new CEO Bob Dieckman, who will replace retiring CEO and founder John Heekin.

Dieckman comes from a Hillenbrand subsidiary, Rotex Global, LLC, where he served in a variety of executive positions for 12 years, most recently as president.

During his time at Rotex, Fecon says sales grew over three hundred percent through both organic growth and acquisition. Before joining Rotex, he was the CFO of Basco Manufacturing Company for 10 years.

A Cincinnati native, Dieckman is a graduate of St. Xavier High School and the University of Notre Dame. As CEO, he says he will lead the continued growth of the Lebanon, Ohio, manufacturer of heavy-duty forestry mulching equipment including their Bull Hog mulcher. Heekin will remain active within the company he founded as a member of the Board of Directors.

Fecon says it partnered with LFM Capital in late 2018 to continue their growth and product development.

“We’re excited to welcome Bob Dieckman and thrilled to have him guide the company to future growth,” says Heekin. “His proven track record of leading product development, international sales and acquisitions will be an asset, as will his management style that engenders strong loyalty.”/ul>

The Harvest Group says that Jud Griggs will bring his design/build talents to the company as a Head Harvester.

With a unique perspective on design/build sales and marketing and leadership training, the company says Griggs can help structure your company for success and establish key metrics, systems and procedures to help your company capitalize on success in the competitive design/build marketplace. 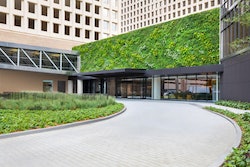 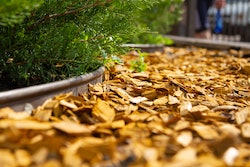 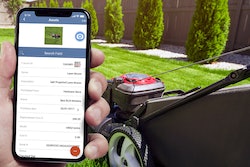 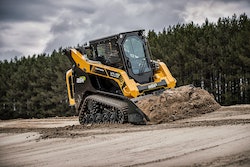