Moles are just one of the many tunneling animals that can undermine your customer’s well-maintained lawn, but they can be quite the challenge to get rid of if they are indeed the source of your client’s subterranean woes.

When your client thinks that moles might be a problem on their property, it’s important to first make sure that moles are indeed the culprit behind their yard woes.

Is it a mole, vole, shrew or gopher?

There are seven species of moles in North America and depending on your location will determine which species your client is likely dealing with. The most common, is the Eastern mole, Scalopus aquaticus. They live east of the Rocky Mountains and range from northern Michigan to southern Texas.

Eastern moles are about 6 to 8 inches long with velvety fur, long snouts, wide paws with digging claws. They have no external ears and their eyes are obscured.

Moles can sometimes be mistaken for voles, shrews or gophers and vice versa. Voles are 4 to 6 inches long with relatively large eyes, small ears and a blunt face. They prefer to eat grasses, seeds and roots. While voles will live in tunnels, they spend a lot of time above ground feeding.

Shrews are 3 to 4 inches long and are more mouse like. They do not create tunnels but may feed in the tunnels of other mammals. Meanwhile gophers are around 12 inches in length, have four large incisors that are always exposed. They have small eyes and ears.

Gopher prefer to eat bulbs and roots. They tend to be the ones who will eat whole plants and are known to pull things below ground.

Signs of an infestation

Moles tend to burrow along structures, fence lines and walkways. They can tunnel anywhere but prefer areas shaded by trees with cool, moist soils near the surface. They can burrow as fast as one foot per minute, according to the University of Nebraska – Lincoln Extension.

Moles create two types of damage in yards. Burrows occur when a mole is looking for food near the surface, raising the soil in ridges. Feeder burrows meander while travel burrows are long and straight. Burrowing peaks in the warm, wet months but it occurs year-round.

The other type of damage are mounds, which are created when a mole tunnels under a solid object and end up pushing the extra soil to the surface. Mole mounds have a volcanic rounded shape, while gopher mounds have a flatter top, are fan-shaped with a whole off to the side.

Moles are solitary creatures so typically whatever damage your customer is dealing with is just caused by one mole. Typically, moles only indirectly damage vegetation as they disturb the roots of the grass and other plants, but their feeding on insects and aeration of the soil is beneficial.

If your client deems their mole problem to be enough of an issue, below are some of the control methods you can consider using.

When it comes to the control methods listed for moles there are many. However, which of those controls that are actually effective is up for debate.

Moles are insectivores and they feed on grubs, earthworms and other soil insects. They actively feed day and night throughout the year. Contrary to popular belief, the presence of moles does not mean there is an abundance of grubs and getting rid of grubs will not eliminate moles.

That being said, food reduction is one of the cultural control methods suggested. If grubs and the other insects moles feed on are eliminated, they will move on but might increase foraging activity for several weeks before leaving.

The PennState Extension cautions using insecticides to kill grubs, earthworms and other lawn insects as it is expensive, takes several weeks before there is any effect and can be harmful to ground-feeding birds and other wildlife.

Chemical repellents using castor oil have been said to have minor effectiveness, but the results are inconsistent. Other home remedies like chewing gum, razor blades, human hair, moth balls, and the like are not effective and should not be used.

Fumigants are another so-called solution that is largely ineffective, as moles can detect gases and flee the treated tunnels. The only way fumigants can be effective is if the entire burrow system is treated. They are highly toxic to wildlife and can cause severe burns, which is why the PennState Extension does not recommend their usage.

There are a number of toxic baits available, including worm-shaped baits that contain bromethalin as their active ingredient. This specific bait has been cited as being effective. Depending on your location, toxic baits may even be illegal so be sure to research this before considering using any on your client’s property.

Traps are often listed as the most practical and effective option for dealing with moles. There are three main trap varieties to choose from: scissor-jaw, harpoon and choker loop.

The scissor-jaw trap has jaws that close across the tunnel runway, one pair on either side of the trigger pan. The harpoon trap will impale the mole when the spikes are driven into the ground by the spring. The choker loop trap has a loop that tightens around the mole’s body when triggered.

Each trap has its own variances as to how to set the trap so be sure to read the directions carefully. To determine if a tunnel is active, stomp it down flat and check to see if it is pushed back up the following day. If the tunnel has been repaired, then it is an active tunnel.

Trapping is more successful in the spring and fall as in the summer and winter moles are active in deeper soil and harder to locate.

For small areas such as flower beds and home gardens your customers particularly want to protect from mole damage, you can offer to install mole barriers.

According to the PennState Extension, fencing should be made of 24-inch-wide sheet metal or hardware cloth. The material should be bent lengthwise into an L-shape so you have two 12-inch sections at a 90-degree angle to one another.

A trench 12 inches deep and 12 inches wide should be dug and then the fence should be buried so that it is entirely below the soil surface. Make sure the fence is positioned so the bottom of the “L” faces away from the area you want to protect. This will prevent moles from tunneling under the fence. 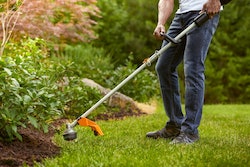 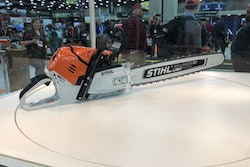 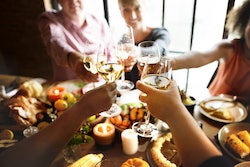 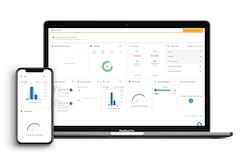