Constructive or destructive? Learning from criticism in the workplace

Regardless of the role you play in your landscaping company, it’s guaranteed that you’ve faced some sort of criticism, whether it’s due to the way you did a job, the way you worded an email or a company decision you made.

In a recent webinar hosted by Jeff McManus, creator of the Jeff McManus Leadership Academy and director of landscape services, Ole Miss golf course and airport operations at the University of Mississippi, he discussed the proper way to respond when, not if, you receive criticism in the workplace, and why this criticism can help you become a better leader.

Welcome to the club

“If you’ve ever been criticized, congratulations; you’re in the game,” says McManus. “You are being talked about. You are at least relevant, and that’s a good thing. It doesn’t always feel good, but you’re relevant.”

According to McManus, when faced with criticism, learning from your critics always comes in handy. Two attributes of a highly effective leader, he says, are the fact that he/she is always looking to get better and that he/she is able to see the value in criticism and turn it into personal growth.

Where is this coming from?

Criticism can come individually or to an entire department depending on the situation, and McManus notes that it can also be lumped into what’s considered feedback, which isn’t always a bad thing in his opinion.

McManus says while he personally never enjoys criticism initially, once he begins working through it and analyzing what was said, he usually finds that the feedback ultimately helps him be better at his job.

“Sometimes, people feel attacked, and it can come across as a personal attack depending on how that message is delivered,” says McManus.

To further understand how you should respond to criticism in the workplace, McManus says you must first ask yourself why you think you are being criticized.

“As leaders, we have to do that hard thing; we have to change the status quo, and we will get criticized for trying to make something better,” says McManus. “Or maybe we just flat out made a mistake and we’re hearing about it.”

Next, McManus says to take a look at specifically when you are being criticized. For those in the green industry, McManus says certain seasons can become times of great criticism due to the jobs that must be performed and the expectations customers might have for their lawn.

Third, McManus says when faced with criticism that might have merit, come together as a team and ask what’s not working?

“It’s not going to work if I take it personally, especially at the workplace,” he says. “If I’m taking it personally, then I’m going down the wrong road. If I feel unappreciated, that’s not going to work. It’s not about feeling appreciated or not. Maybe there’s something not working in the process, and that gives you an opportunity to look at your processes as a team and talk about them.”

McManus says it’s also good to take a look at personnel and see if there’s a weak link in the chain that needs to be fixed, as well as examining the way your team communicates with one another.

For example, McManus says in the past he and his team received comments about how their everyday grounds maintenance at the university was disturbing classes and finals. Therefore, they re-evaluated their work times, changed their schedules to begin work earlier in the day and were able to reach a compromise that helped out all around.

“Criticism happens a lot of times because we don’t meet the results or the expectations of what’s supposed to be there,” he says. “Maybe we didn’t take the right action or the action that was expected. Or maybe we had the wrong or different beliefs and felt that this warranted a certain action?”

McManus says it’s true that the answers to solving these problems aren’t always easy and aren’t always obvious, but it’s important to walk away from these situations knowing there is a resolution.

Whether positive or negative, criticism still stings a bit, but when it is constructive, it’s important to find a way to take it to heart and act on it.

“(Constructive criticism) helps with blind spots,” McManus says. “It also gives you new awareness and opens up opportunities for potential promotions and things you might have not been considered for before.”

McManus says criticism won’t always resolve conflict, produce results or produce unity, but it’s what we do with it and how we handle it that makes the difference. The keys, he says, are to know how to respond correctly.

The number one thing McManus recommends is listening.

“Listen and try not to respond right away in the heat of the moment,” he says. “When we get emotional, we don’t think really well.”

Second, he says to not assume that everyone sees things the way you see them, as we all know what happens when you assume…

Third, McManus says it’s vital that you not immediately assume that the criticism is an attack or that it’s negative. He recommends trying to assume the best.

“People give us feedback sometimes just because we didn’t meet expectations, but they want to see you go to a higher level,” he says.

Lastly, do not get defensive. McManus says to listen and try to remain neutral when faced with these comments. He also warns against making promises right away, as you might not always be able to follow through on what you promise when angry or upset.

“Remember, it’s not necessarily wrong; it just feels like it is,” he says. “Don’t overthink it. Grow and learn from that feedback or criticism.” 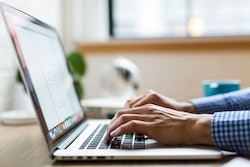 Technicians and techies: These simple tools will change how you do business 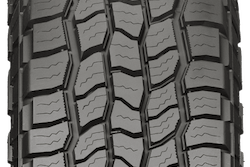 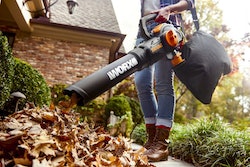 2019 GIE blower roundup: Brands roll out newest round of blowers 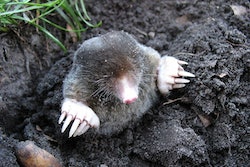