In an area where the economy is booming and new families and businesses are moving in almost weekly, Nashville, Tennessee, is, without a doubt, a goldmine for potential landscaping customers.

But as we’ve seen in numerous other areas around the country, it’s hard to throw a rock without hitting a rival landscaping company, whether large or small. For The Greathouse Company, however, finding and retaining customers isn’t really considered a challenge.

For Lee Greathouse, CEO, creating and successfully running a landscaping business is truly a dream come true, as he says he, “knew all along that I wanted to have my own business.”

After pursuing a B.S. in ornamental horticulture and landscape design at the University of Tennessee, Lee began working with a local garden center. Lee says that after this particular garden center was sold to another company that also has a landscaping division, he transitioned into the field that would one day lead him to business ownership.

“That was a great, great way for me to learn the landscaping side of the business,” says Lee. “Also, working at a garden center enabled me to see all the latest, newest plant material that was coming in from Monrovia and a couple of other nurseries like them.”

Lee’s son Will, president, came into the company around 2006 after earning his B.S. degree in business administration from the University of Tennessee. Will says that since he doesn’t have as much hands-on experience on the landscaping side of things, his main focus falls to the daily business aspects.

Will counts himself extremely lucky to work with his father and says even though they are a father-son operation, Lee lets him take the lead and run the company.

“I think that’s why we’ve succeeded,” says Will. “We’ve got a really good working relationship. But that’s key, though. I’ve talked to many other guys who are in generational businesses, and (Lee’s) just open and he understands that we’re both learning and adapting.”

One nice thing about being a family business, Will says, is that you can make those types of decisions and not have to worry about answering to someone else who might not agree. Their overall goal, he adds, is to make that a focus and try to get the employees to see it that way, too.

Operating with a team of about 75 employees, The Greathouse Company has been in business for almost 40 years, but the company you see today isn’t the one you would have known just five years ago.

In 2014, Greathouse split from its original partner. At this time, Lee and Will took the opportunity to begin creating the company culture they’d always imagined for their family business, as well as starting from the ground up with finding new customers and retaining current ones.

When the transaction took place, Will says basically everything was sold, and he and Lee were about to start completely over with a brand new company. As part of the negotiation, Will notes that the contracts for commercial work for the old company were about $2 million in revenue, but it was all work that was contracted to the other company.

“Basically, we walked out of the office one day at the old company, Lee had sold it and we got in his car with a box of stuff from our desks and 10 to 15 assigned contracts that we had to go get signed over to our new company from all the contractors that had written those contracts to the old company,” says Will. “We had a project that was supposed to start in a month, and they were asking, ‘How many employees do you have?’ Well, right now just us. ‘Well, how much equipment do you have?’ Don’t worry about that, we’ll have the equipment. But they ended up signing, and that was the hardest one because it was happening so quick.”

Lee says at the start, there was no guarantee that the contractors would stick with them, but in the end, they did not lose a single contract.

During that time, Will says the most difficult things they experienced were finding a place to work out of and finding the right people to bring on board.

“Slowly, but surely, the people came from the old company,” says Will. “They followed Lee. And I’m biased, I think, but they really saw and felt a strong relationship with Lee, what he’d done over there and what he’d done for them. We made some key hires here and we were off and running.”

While still searching for a new workspace, Lee says their accountant let them borrow two desks in his office, so for the first six weeks, that was their base of operations.

“We didn’t have a place to land or anything, but at the eleventh hour, we were looking hard for a place to operate out of and Will found this place listed on Craigslist,” says Lee. “I remember asking him who owned the place, and it turned out to be a guy I’ve known for years. It was like it was meant to be.”

Many thriving years have taken place in Greathouse’s current location, but with the continued growth they’ve seen, the company is now gearing up to move to a new, bigger facility in 2020.

“The big thing for us is that we’ve been here, we know the city, we’re in the community and as Nashville grows, we want to grow with it,” says Will. “We’ve been here from the beginning.”

Check back tomorrow for part two of this story, where we’ll learn more about what makes Greathouse tick and what sets them apart from other landscaping companies. 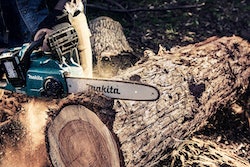 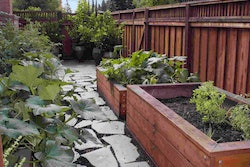 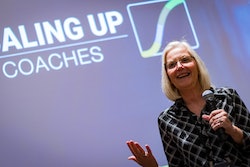 Surviving to thriving: Judy Guido shares the story of her attack and her plans for the future 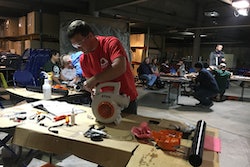