At this year’s Workforce Summit hosted by the National Association of Landscape Professionals (NALP), green industry professionals from across the nation gathered to discuss methods they could implement to help solve the ongoing labor shortage crisis.

During the event, author and workforce development authority Eric Chester shared his thoughts on how companies can both find and keep employees while in the midst of the worst labor market he’s seen.

Like most professionals in the green industry, Chester says his first job was mowing lawns with a local landscaping company in the area, and after college, he became a high school teacher and coach, as he had the desire to help students pursuing vocational programs.

Eventually, Chester began speaking to groups of teens and at high schools to try and educate them on what the word “career” meant and what it was really about, as well as “how you can get from here to there when you don’t know where there is.”

“I think we are all directly responsible for filling the positions in our organizations,” he says. “There’s a labor crisis going on, and the first question to ask is how did we get here? I believe it’s because we are in the middle of a perfect storm.”

Diving into this concept of a “perfect storm,” Chester says the first piece of evidence he has of the storm is the fact that the cupboards are bare, meaning we have multiple generations at our disposal, but not all have the drive to be excited about who we are and what we do in the green industry. Chester says this bare cupboard concept also results in a huge leadership problem.

Chester says the second piece of evidence he has of the storm is the idea of the “trophy generation.”

“The reality is, you have to think about how kids in today’s world are being raised,” he says. “What kind of core values are they taught? It’s tough to raise kids in this world today; the challenges are unparalleled, but I don’t think parents are sitting back saying, you know what? We’re going to prepare them for the workforce. And that becomes the issue and the challenge. Oftentimes, we blame young people when the finger’s pointing right back at us.”

Chester says that with the youth of today constantly being inundated with images on a 24/7 basis about people their age making a fortune as social media stars or influencers, it has turned them off from the idea of hard, physical labor.

Chester says the third piece of evidence he has of the storm is that schools are still telling students that a college degree is the only ticket to success.

“People are growing up with this misguided image that a college degree is the only ticket to success,” says Chester. “The reality is that college degrees are important for some people and some careers, but there are so many various careers out there where people can, as you know, have an amazing life that doesn’t necessarily require a four-year degree or even a two-year degree.”

For the past three years, Chester says he’s studied the best companies to find out how they meet this labor need, and the knowledge he attained is something he says can apply perfectly to the green industry.

Chester says if we are going to be fully staffed, we have to realize that it’s not just about finding great people; we have to inculcate a work ethic, which he defines as knowing what to do and then actually doing it.

“We have to take the responsibility of helping our people grow,” he says.

Chester stressed the importance of being able to take pride in the work you do, as this leads to a sense of accomplishment and can serve as a motivator, but how do you begin to instill that sense of pride into younger workers?

As an exercise, Chester asked the group to think of the top five things landscape companies look for in employees, and once they had these attributes, he asked them to divvy them up into whether they’d be considered a core value or a skill. The overwhelming majority concluded that they considered it much more important for future hires to have core values than green industry skills.

“They say we have a skill gap in America, but you know what we just proved?” Chester asked. “It’s not a skills gap. It’s a core values gap. We can teach somebody how to do this job if we could just find the right person.”

Chester says to take time as an organization to create your list of non-negotiables when it comes to hiring. For Chester, the top seven attributes he believes are paramount to our industry are integrity, initiative, professionalism, positivity, reliability, respect and gratitude.

“Business moves at the speed of trust,” he says. “Do you want to hire anyone in your organization who would rather be somewhere else rather than working for you? Gratitude says, I’m glad I have this opportunity, and I’m going to give my best to my co-workers, my boss, my brand and to my customer.”

Chester says along with knowing what you want in a future employee, you also have to make sure that you are making yourself the kind of company employees want to work for. When creating this concept for your business, Chester warns against using platitudes like, “We treat people like family,” “We offer a competitive salary” or “We have a lot of fun in the workplace.”

One major key, Chester says, is to always focus on growth, both your company’s and your employees’. He adds that it’s also important to try to inspire your employees rather than motivate them, as motivation fades much faster than inspiration.

He also asked the group to analyze what communication is like in their organizations and how open and upfront you and your employees can be with one another.

Chester says after speaking with the heads of some of the most successful companies in the country, he came to the conclusion that you should always be able to hold frequent meetings with your staff and discuss the following three things: what employees have done right, what could be improved and what do they need to do their jobs better?

aPhoto: Beth Presley/Total Landscape CareThe final thing Chester says we have to do to combat the labor shortage is to be a relentless recruiter.

“Oftentimes, we think it’s just the job of HR to take on recruitment,” he says. “In great companies, everybody takes on the HR role. Everybody is a recruiter.”

The biggest mistake Chester says employers make when looking for employees is that they go fishing when instead, they should be hunting. Instead of asking, “Does anybody want to do this,” we need to look for specific traits that fit exactly what we are looking for.

Next, you have to hunt social media, which means much more than just posting pictures on your account. Chester says this entails connecting with people by using the right hashtags to reach wider audiences, going where they go and asking the questions that will involve them.

Chester says to also consider hunting for veterans or retirees, as they have a high chance of already being hard workers who will show up on time and be appreciative of the work opportunity.

Finally, Chester says to hunt from your competition.

“There’s no harm in being a better place to work; it’s competition,” he says. “You want to be unpoachable. You have to have the kind of culture that no one wants to leave.”

In summary, Chester admitted that it can sometimes prove extremely difficult to ensure every person in your organization is feeling their absolute best, but he does believe following the three steps he outlined can make more of a difference than you ever thought possible.

“If you do those three things continuously and get people in your organization to do that, this fully staffed program will solve itself,” he says. “There are tens of thousands of work ethic superstars hiding in plain sight. They want to be in this career. They don’t know it exists, they don’t know how, they have questions, you have the answers. What a great place to begin a career in the landscaping industry.” 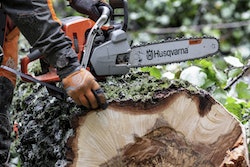 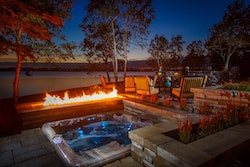 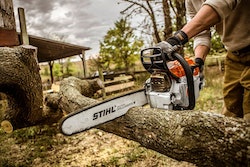 Chain saw checkup: In the know with chain saw maintenance 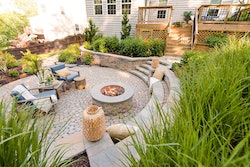 Houzz shares the Best of Houzz winners for 2020