Probably one of the first types of turfgrass the average homeowner could name on the spot, Kentucky bluegrass is a well-known cool-season grass that is popular for its color and texture.

Despite having Kentucky in the name, this grass didn’t originate from there, but rather it’s native to Europe and northern Asia. Kentucky bluegrass features the highest-cold tolerance of all the cool-season grass species and has a rich green color. It's also known for its ability to tolerate wear and tear.

Kentucky bluegrass performs the best in cool humid and cool arid regions in northern climates of the U.S. where the summers are moderate and there are cool winters.

Sports fields are often planted with Kentucky bluegrass thanks to its ability to spread and heal any damaged spots.

While many customers may request Kentucky bluegrass for their lawns, remind them that this particular turfgrass requires a high level of maintenance to stay looking its best. According to industry experts, in a typical lawn application, Coleman will need to be mowed around 2 to 3 inches and is not likely to tolerate a short height as some homeowners prefer. During periods of high heat and lower rainfall, it is advised to increase mowing heights to 3 to 4 inches.

As for watering, Kentucky bluegrass has a shallow root system, making it not as resistant to drought as other species like tall fescue. Without plenty of rainfall, the turf will go dormant faster than other types of grass, but it will also recover quickly when conditions improve.

Deep, thorough irrigation helps encourage root growth. During normal weather, Kentucky bluegrass needs at least one inch of water from irrigation or rainfall. During warmer weather or if you’re in the transition zone 2 inches or more could be needed.

According to industry experts, Kentucky bluegrass needs 3 to 5 pounds of nitrogen per 1,000 square feet per year, depending on the level of maintenance.

Dollar spot is possibly the most widespread turf disease in the home lawn and is common in nitrogen-deficient yards.

Rust can cause grass blades to turn yellow, wither and die. It is more common in the late summer and early fall. Rust tends to be indicative of low nitrogen levels.

Leaf spot is caused by a fungus and is most common in the spring when new growth doesn’t have a chance to harden off. Purplish red and brown spots with tan centers will appear along the borders of blades of grass. The tips of the grass could even begin to die, and the blades will begin thinning.

Snow molds occur over the winter underneath the snow. The symptoms include circular, straw-colored patches that continue to enlarge if the weather is suitable. Patches can be 8 to 12 inches in diameter. Snow molds are common when early deep snow cover prevents the ground from freezing.

Industry experts report that cultivars of Kentucky bluegrass have shown resistance to these aforementioned diseases.

This turfgrass faces the typical annual and perennial weeds, but when it comes to specific pests, billbugs tend to target this species.

Billbugs can cause extensive damage to lawns, creating circular or irregularly shaped dead patches of turf in July and August, feeding on grass blades. Chinch bugs are another problem insect for Kentucky bluegrass, as they suck sap and inject toxins into the crowns and stems of grass.

While Kentucky bluegrass is well-suited for northern climates, it does not perform well in southern climates and will require serious irrigation in order to survive in the South or Southwest.

Even in the north, some might consider it a mistake to not install an irrigation system, that way your client isn’t at the mercy of Mother Nature to bring the needed rainfall.

Trying to grow Kentucky bluegrass in the shade is another mistake, as this turfgrass prefers full sun. Without the proper amount of sunlight, it will quickly thin out and die. Rough bluegrass is an option to consider, as it is more tolerant of shade.

Another thing to keep in mind is the timetable when it comes to growing Kentucky bluegrass. This grass type is slower to germinate than other cool-season species. Patience will be important during the process.

As with any grass type, it will be important to set your clients up for success by educating them on what they should expect. With realistic expectations and proper maintenance, a Kentucky bluegrass lawn can be well-loved. 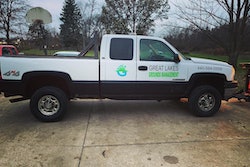 Pain points: Digging into the issues landscapers are facing during the coronavirus 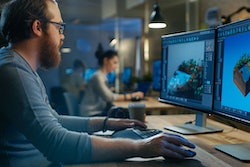 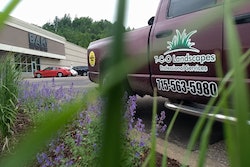 Sound off: How landscaping companies are dealing with the coronavirus 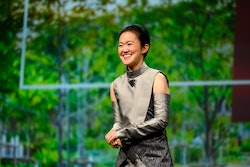 Busting up the boys’ club: How you can encourage more women to pursue landscape architecture