Making a profit to give back: MetroGreenscape’s strategy of impacting people eternally

The Charlotte, North Carolina-based company gives back to the community in a number of ways, including supporting orphanages, doing beautification projects at local schools and having a caring team that helps employees through tough times.

“We think we exist as an entity for a bigger purpose than just putting a plant in the ground,” says Darin Brockelbank, president of the company.

MetroGreenscape will sponsor people to go to counseling, participate in a lunch packing program for schools and has installed a healing garden at the Carolina Breast Friends Pink House.

“There’s lots of things that we’re doing on a regular basis because we believe we’re stewarding the Lord’s company and He gave us these talents and things to glorify Him,” Brockelbank says.

The company makes a point of giving both of its time and money, depending on which one will have a bigger impact.

“We vet and whatever has the most impact that aligns with impacting people and changing lives eternally, which is our mission, then we’re going to give to,” Brockelbank says.

MetroGreenscape will dollar for dollar match what the employees put in the pot. So, if a request comes in, such as an employee who cannot pay their rent, Brockelbank says the request will be given to the caring team and they will use money from the pot to pay for the employee’s rent, as well as for them to attend Dave Ramsey’s Financial Peace University.

“We’d say now that we’ve given you the knowledge, we don’t want to see the rent come up again as a request,” he says. “Unless there’s some illness or something else that’s going on, that would be its own request.”

MetroGreenscape gives 25 percent internationally, 25 percent in its own community and 50 percent to its employees.

“For us, everything has to have a Christian slant for it to be something we’ll entertain giving to,” Brockelbank says.

As an absentee owner, Brockelbank spends the majority of his time away from the office in the mission field in Africa.

Brockelbank doesn’t shy away from letting customers know about his faith and says he’s become more vocal about his beliefs over time. While early on, he thought putting it out there would be catastrophic and it would be all people focus on, but he says the majority of people respond positively to it.

“I’d say that probably 30 to 40 percent of our clients only do business with us because they believe in those things themselves,” he says.

On the other hand, Brockelbank knows they don’t get certain clients because of his faith, and he says he’s happy about that as well.

“We stand by our conviction and we have to deliver a good product or service,” he says. “Some people decide to do business with us even though they don’t like that because our products and services are good enough to tolerate that.”

Working with consultants for growth

In the past, Brockelbank has worked with industry consultant Marty Grunder when the company was under a million dollars in revenue at the time. He says his biggest takeaway from Grunder was implementing processes and systems.

In 2013, when MetroGreenscape was one of Total Landscape Care’s Landscaper of the Year finalists, the company’s revenue was around $4.5 million. Now, its revenue is $6.2 million.

“If we do any consultant now, it’s consultants within different business industries that bring a different perspective to our business than the green industry,” he says.

He does say every two or three years they will engage with green industry consultant Jeffrey Scott on a project. Brockelbank says he learned to be more of a leader than a doer, as well as having benchmarking to compare their financials from Scott.

“Jeffrey definitely helped us turn around our company,” Brockelbank says. “His words were, which was probably true, that we cared more about people and the communities than we did even about making money. So, we needed to watch some things to make money so that we could do more for the community.”

MetroGreenscape was even awarded the Mighty Oak award from Jeffrey Scott in 2018, which is where peers vote on who added the most value to the group for the year.

“That’s very humbling to be around people that have been in the industry for 40 or 50 years that are 60 years old and I’m in my early 30s at that time, and for them to feel like I’m adding the most value at the table with everybody there, that I respect.”

Brockelbank says his current goals for the company are to grow slowly at a rate of 10 to 15 percent a year and to not grow at the expense of their margin, values or mission.

“At one time, I aspired, when I was really young, to be like the biggest landscape company in the Southeast,” he says. “And over the years, I’ve just learned that I was doing that for myself and not for anybody else. So, I just want to steward the best of what the Lord’s entrusted me with.”

When it comes to what he’s learned in the business, he advises those younger in the industry to learn their numbers early on and watch their margins.

“I think a lot of people when you get into it, they get into it because they love to plant a bush,” Brockelbank says. “They love to beautify things. They love seeing the before and after. They love interacting with the client. That temperament typically hates administration. They hate accounting. So, force yourself to learn those things as quick as you can, because the numbers are what’s going to tell you a story.”

He says he’s still learning new lessons every month and the important thing is to learn to adapt and adjust as quickly as you can.

While some company owners one day hope to pass on their landscaping business to their children, Brockelbank says he has no desire to do that.

“My reasoning is I’m a Christian, so I believe that God made everybody unique and different,” he says. “And our job as parents is to help those kids to explore lots of different things until they figure out for themselves exactly what they want and to make them the best version of who they are, not the best version of who I am. So for me, I want to teach them different skill sets that I’ve learned in business to pass down to them so that in whatever career they decide to go into, they have a plan B and they can always do something for themselves.”

Brockelbank says he wants his kids to create their own lives. As for his current exit plan, he says that he is always looking for the best opportunity for his family and they are always keeping an open mind as to what that might look like. 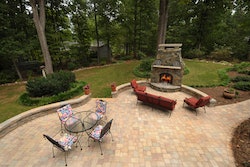 Inside operations: MetroGreenscape shares how it’s prepared for economic downturns 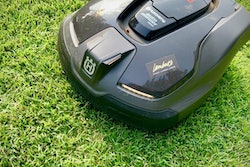 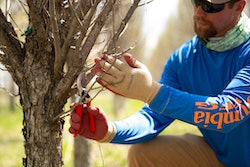 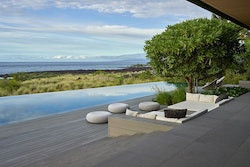