Facing the unknown: Dealing with today and looking to what tomorrow brings

Even with the future still unclear for landscaping companies dealing with the coronavirus (COVID-19), landscapers are finding ways to give back to their community and show customers they care.

Giving back and adapting

Since meeting customers in their homes has been taken off the table, Missy Reinholtz, owner of Createscape Landscaping Service Inc. in Mukwonago, Wisconsin, says it has become trickier to talk them through their projects. To combat this, Reinholtz says she’s begun learning how to utilize Zoom to do video conferences and share her screen with customers.

Some customers, however, still request in-person meetings, and when this is the case, Reinholtz says she meets with them outside while maintaining six feet of distance apart. This allows them to adhere to the social distancing regulations while still being able to walk the yard and discuss ideas.

Emily Lenhart Scales, acquisition specialist with Canopy Lawn Care, Inc. in Cary, North Carolina, says they have also had to adapt to the new normal of operating with virtual meetings, but even with these challenges, Scales says they are not going to let this situation limit the growth of the company.

Scales says they are also offering a free one-time service and discounted continued service after that to medical professionals who are on the front lines dealing with the virus head-on.

“We just really want to give back to our community,” says Scales. “Our idea is to serve, and we implement that every day. We are taking it as an opportunity to serve those who need it most right now, and that’s our medical field. We definitely want to show our recognition to them and thank them for putting themselves at risk every day.”

“There have been many people come forward to give to the community outside of our company,” says Scales. “So, we’ve gotten to see a very positive return on our investment towards the community.”

Scales adds it’s possible customers also might not be calling as much because they are actually outside doing their own yard work to help keep busy during the quarantine.

“This time of year, usually I wouldn’t even be able to have this conversation because my work phone would be ringing, and I have not seen that this year at all,” says Scales. “We’re getting very few calls, and it’s definitely discouraging for our commission, but at the same time, we are really excited to be a part of giving back and just making sure that our current customers are good to go as well.”

Scales says the fear of the unknown is one of the biggest pain points Canopy has experienced, as there’s no clear indication as to when things will finally get back to normal or how the virus will hurt the company in the long run.

“Right now, people are afraid and there’s fear for their health and their finances, and the last thing on their mind is their yard,” says Scales. “I’ll be glad when a little bit of color comes back into the world and people start going back to normal, feeling safe and secure enough to hire a landscape company.”

In the aftermath of COVID-19, Scales says she foresees the company funneling more money into marketing efforts, but she says their plan of action will ultimately depend on what time of the year it is when the quarantine is lifted.

If it’s closer to fall or winter when normal operations kick back up, Scales says it’s going to be very difficult for them to get back to normal and be where they need to be on the sales front.

If, however, the quarantine is lifted in the next month or two, Scales says they will hit the ground running with marketing dollars and continue reaching out to as many customers as possible.

“It’s scary to think about how long this is going to last but at the same time, we have all the right people in the right places, and I think that we will bounce back as efficiently as we can,” says Scales.

Looking at the next couple of months, Reinholtz believes it’s only going to get harder and harder.

“I just don’t think we’re going to have the backlog that we would normally have had at this time of the year,” says Reinholtz. “When you consider that right now, I would normally be bringing in down payments on jobs weekly if not daily, and I’m lucky to even do a presentation a week now.”

While the situation with the virus is serious, Reinholtz believes other resulting factors might ultimately cause more casualties during the pandemic.

“This virus is not going to be what kills more people,” says Reinholtz. “If people don’t realize it already, there are already more suicides than there were before. There are people dying from treatable illnesses that can’t go see a doctor right now because they lost their job and didn’t have insurance.”

At this point, Reinholtz says she’s not sure how they will be able to get back to normal once the virus has run its course. She adds that they have already deferred on all their loans, and she knows things aren’t going to “magically get better” in two or three months. 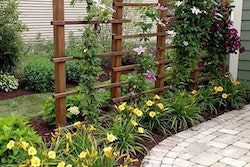 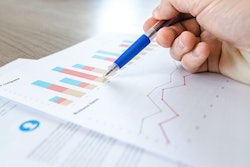 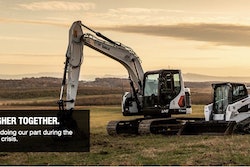 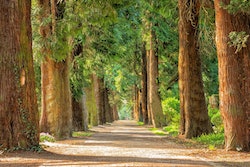