Trees provide many benefits to people including shade, oxygen production and beauty. However, trees with certain structural defects or diseases can pose a risk to human lives or activities.

It is important to be able to identify these hazard trees so that appropriate mitigation steps can be taken to reduce their risk, particularly in urban or residential settings. Proper tree care practices can also mitigate these effects. Tree risks can be classified according to the likelihood of a tree falling and impacting a target and the severity of potential consequences to those targets. Targets are people, property or activities that would be affected by a tree failure.

Defects may occur on any part of the tree: roots, trunks or branches. Root defects may not be observed since the damage can mostly be underground. These defects are some of the most dangerous since there is little to no warning before tree failure. Defects in tree trunks include obvious signs of decay or poor structure, such as v-shaped or narrow crotches.

Branches pose the greatest risk when they are broken or dead, as they can fall from the tree even under normal wind conditions. If a tree develops a new lean or if it cracks, this can also be an indication of increased risk.

Below are detailed descriptions of several conditions that can increase the risk from trees. If you suspect you have a hazard tree on your property, please consult with a certified arborist.

Some of the most important pathogens that can infect trees are fungi. The most dangerous of these are the pathogenic decay fungi, which obtain their food by secreting digestive enzymes that break down the cells and tissues of trees so that the nutrients can be absorbed by the fungus.

As the tree is broken down by the fungus, it can develop significant decay, which may not be visible. Decay inside the trunk or roots can cause the tree to fail during a storm or strong wind event. The best indicator that a tree is suffering decay from fungi is the presence of fungal reproductive structures called fruiting bodies. These fruiting bodies take different forms depending on the species, and while they are a good diagnostic tool, they may not be present year-round.

The presence of fruiting bodies indicates that the tree has been infected for some time and can be associated with a large amount of decay. Most of the fungus is growing inside the tree or in the roots where it cannot be seen. Unfortunately, there are no fungicides that can cure these diseases. Some of the most important decay fungi are described below.

Ganoderma root and butt rots and trunk decay: There are several species of this fungus that can cause root and trunk decay in hardwoods, palms and occasionally conifers. The fruiting body of all Ganoderma species is a conk—a dish-shaped or shelf-like protrusion that appears on tree trunks, usually near the base. The top of Ganoderma conks will be red to brown, depending on species, with a white underside. Spores are produced from the underside of the conk and can infect nearby trees. In most cases, the spores infect a tree through open wounds, such as those made by mowers or string trimmers at the base of the trunk. Some species produce conks that are always present, while others are produced only once a year

Shoestring or honey mushroom root rot (Armillaria spp.): Armillaria mostly infects trees that are already under stress or weakened by disease or insects. The fruiting bodies are usually seen in late summer or fall and are small honey-colored mushrooms that grow in clusters at the base of a tree or along the roots. The underside of the cap contains gills where the spores are produced. In some cases, black rhizomorphs (a threadlike or shoelace type structure that looks similar to plant roots) are produced under the bark or along the roots and can contribute to spreading to nearby trees.

Chicken of the woods (Laetiporus sulphureus): This fungus infects hardwoods (often oaks) and causes an extremely dangerous brittle heartwood decay called brown rot. The fruiting bodies are clusters of fan- or shelf-like growths that can be bright orange to bright yellow and occur anywhere on the trunk. They are usually only present in the summer or fall. Spores are produced on the bottom of the conks in pores.

Trees need to get off to a good start, and it is common for a tree to lose 95 percent of its root system during transplant. Employing proper planting practices will improve tree survival. Planting too deep is the most common mistake, which results in poor vigor, slow growth, rots and canker diseases. Always choose the highest quality tree and buy from a reputable nursery.

Trees grown in containers may develop circling roots, which can lead to root and stem girdling as the plant matures. At the time of planting, it is best to either butterfly or slash the rootball prior to planting. It is best to dig a hole two to three times the diameter of rootball. This allows for healthier root development, avoiding circling roots in the planting hole. Make sure that the planted tree receives adequate water at the time of planting and through the root establishment period, which could be seven to 13 weeks after initial planting.

Proper pruning promotes healthy and safe structural growth if done correctly. Proper pruning at a young age prevents poor structural development of branches. Multiple codominant stems or multiple mature branching at the trunk crown leads to tight bifurcation (branch crotches) and are susceptible to breaking or splitting during storms or wind events. As they mature, even normal weather conditions may produce damage.

As trees mature, pruning to remove dead, broken, disease or insect-infected wood is good practice. Remove water sprouts, which are branch shoots originating from a stem or trunk, as well as suckers and branch shoots, which originate from roots. Both are often weak branches and take energy from the rest of the tree. Never remove more than ¼ of live growth per season.

Pruning in the dormant period right before growth begins generally speeds up callus of woundwood formation. It is also easier to see structural problems when the leaves are off trees.

Pruning some species when certain pests are active is discouraged, such as when pine bark beetles are out in the spring. The elm bark beetle, which carries pathogens for Dutch elm disease also, is attracted to freshly cut surfaces, so elms should not be pruned when beetles are flying in April or May. Avoid pruning in early summer on bleeders such as birch, cherry and maple.

Flush cuts of branches that go into the cambium lead to a larger wound and allow for more decay potential. Response growth or callus will form

but most likely won’t close the wound as it would have done if the branch collar was not cut. There is no callus tissue to heal the deep wound.

When making pruning cuts on branches, it is recommended not to remove any branch at or larger than four to six inches in diameter. Always follow the proper procedures when removing branches, ensuring not to cut into the trunk wood.

EDITOR’S NOTE: This article was written by Manuel Nassar and Sarah Ruark, technical advisors with the Davey Institue with the Davey Tree Expert Company. 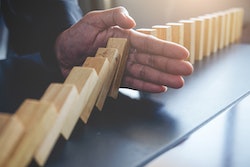 How to: Learning to lead in the midst of a crisis 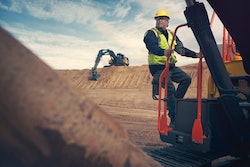 Which equipment makers are offering deals and coronavirus loan relief? 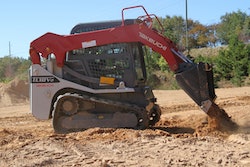 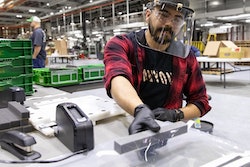