Getting established: Hitting your stride in the green industry

As we mentioned yesterday, many landscapers out there have the desire to start their own landscaping company, but with the current economic climate, many are fearful that their dream could be a flop.

Even if you feel the deck is stacked against you, take a look at how these green industry experts made their way through the challenges of starting up and became who they are today.

Having started in the green industry in their early teen years, Loriena Harrington, president of Beautiful Blooms Landscape & Design, LLC in Menomonee Falls, Wisconsin, and Shelten Wells, owner and sales operations of Wells Cutting Edge Trimlight and Landscape in Erda, Utah, know how it feels to have to work their way up from the bottom.

Harrington worked for local country clubs on the landscaping crews throughout high school, and she later earned her bachelor’s in horticulture and turf at the University of Minnesota. Her intentions were to one day become a golf course superintendent.

In 2001, Harrington had already started her company as a side job and wanted to feel out how successful she thought it could be before pursuing it full time. By the end of that summer, she knew she wanted to dedicate all of her time to Beautiful Blooms, and she planned to kick start the business the following year, until September 11thoccurred.

After being let go from her job that following November, Harrington knew the time was right to go full steam ahead on Beautiful Blooms, so she returned to her hometown of Milwaukee and officially started up her company.

Harrington says her first move was to begin networking with local landscaping companies. Being the new kid on the block, Harrington says she had to figure out her community and establish a reliable network.

By the time he was 16, Wells says he knew he enjoyed the green industry and saw that it could become a viable career for him. After a two-year break to pursue mission work with his church, Wells says he came back ready to fully commit to making his company all he knew it could be.

Wells says the company officially started in 2006 when he was 21 years old, which he soon found set him at a slight disadvantage with customers who didn’t believe he was old enough to know the industry.

Being younger when he started his business, Wells says he could tell a noticeable difference in how seriously people treated him. Once he reached the age of 25, he says he could tell a huge change in peoples’ perceptions of him, as they could see that he wanted to be around long term and wasn’t just some kid trying to start something with no intent to finish it.

Wells says the company today has a landscaping, lighting and sprinkler division, but when he first got into the sprinkler business, he says customers rarely listened to his insight. They would, instead, seek the advice of his mentors.

While working, Wells earned his bachelor’s in business administration with a minor in landscape architecture. He says he thinks having these degrees helped validate his recommendations to customers and helped them take him more seriously.

For both Wells and Harrington, it took about five years to really hit their stride with their businesses.

“I started very humbly because I still felt like maybe this might not work,” says Harrington. “I was still in that experiment mindset, and it was always very important to me as I started that if it didn’t work, I didn’t want to feel stuck.”

Harrington says for the first two years, she spent most of her time figuring out how to be a designer since she had never worked for a designer or been one for a landscaping company. This, she says, was a huge learning curve for her, but it did not stop her from working her hardest to master the skill.

In 2005, Harrington says she and her husband reached the decision to go all-in with Beautiful Blooms, and she soon changed the name to Beautiful Blooms Landscape & Design to showcase the different maintenance services they offered.

As a business owner, Harrington says it was an extremely successful day for her when she transitioned into strictly an ownership role and no longer served as a field worker. This move, she says, gave her the chance to serve as a mentor to her employees and give back to her community by making her company a great place to work.

“We’ve worked hard over the course of 20 years to become a destination company,” says Harrington. “I don’t feel like we’re there yet, but we’re well on our way.”

Wells says he vividly remembers those first five years as some of the hardest of his life, but through it all, he knew he had to keep going and trying.

“Those first five years were horrible years; I’ve never gone through so much crap,” says Wells.

After seeking and implementing the advice of more contractors, he said the business really started to do well. While those times were certainly hard, he says he had many mentors that helped him get through it and see that he could make it work.

Looking back, Wells says he wishes he could have had more confidence in himself when he first started out, but regardless, he knows the mistakes he made got him where he is today.

“Everything I have and have done today to this date was because of the struggles that I went through,” says Wells. “If I wouldn’t have gone through those struggles, I wouldn’t be as knowledgeable as I am right now. And I don’t feel like we’d be as successful as we’ve become as a company.”

One of the biggest pieces of advice both experts agree on is to not be afraid to ask other industry experts for help.

Harrington says she deliberately and intentionally surrounded herself with successful landscape contractors and found mentors that developed into friendships that she is still in contact with today.

“I didn’t try to do it alone, even though I was a sole proprietor,” says Harrington. “You can’t be afraid to ask for help and seek the guidance of people that helped get you work.”

Along with networking one-on-one, Harrington highly recommends getting involved with a professional peer group to help stay informed about how other companies across the nation are running their companies.

“Everyone has a story of how they started their company,” says Harrington. “Sometimes they are multigenerational, sometimes people have an education or other background in business and they purchase a company and then there’s an enormous amount of landscapers that start from the bottom up. These people are the ones that I gleaned on to and learned from, so hopefully, I would not have to face the same hurdles they faced.”

Wells says he has found that people are very willing to mentor you and help you succeed, as long as you are willing to ask for help and advice.

When he first started his landscaping company, Wells says figuring out the financial side of the business was one of the hardest mountains to climb, especially when he started hiring employees.

Wells says when he operated solo, finances were much easier to manage, but once he began expanding and hiring, he was not prepared for it and things began to get more complicated.

For those gearing up to start their own landscaping company, Wells highly recommends hiring a reliable and trustworthy accountant right off the bat. Personally, Wells says he had a terrible experience with his accountant early on in his career, which led him to make many errors that would set him back.

“That in itself was a big mistake I made not researching and understanding more about an accountant,” says Wells. “You also need to jump in on the business and learn your financials and your bottom line. Talk with those who’ve been in the industry awhile.”

Harrington and Wells agree that another tip to keep in mind when looking at your finances is to not start out by taking out numerous loans to cover your equipment, as you don’t want to be buried under a mountain of debt before you have your first customer.

“One thing I did from the very beginning that has paid dividends over and over again is to always be legit,” says Harrington. “I never did cash, and I never tried to do anything that wasn’t up to par. Even when it was just me, I paid myself through payroll, I followed rules of good accounting principles, I made sure taxes were paid and I asked for help along the way to get it done.”

Check back tomorrow for part three, where we’ll hear about the biggest challenges these experts have faced in their careers, as well as why now could be an excellent time to start up a landscaping company. 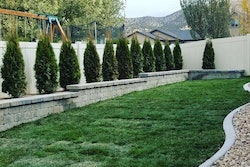 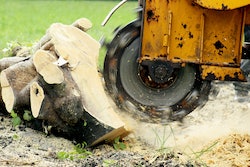 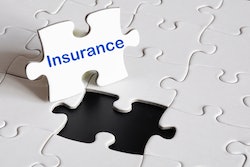