The nation has been spending much more time at home and outdoors over the past few months, and many people have been forced to cancel summer vacations.

With this being the case, customers might be more interested in investing in something that will enhance their yard and give them ways to pass the time this summer, such as a pool.

Take a look at how pool sales have skyrocketed over the past few months, as well as the processes that go into designing, planning and installing these water features.

For Tom Casey, vice president of sales for Anthony & Sylvan Pools, the uptick in pool sales since March has been like nothing he’s seen before in his almost 35 years with the company.

At the end of their first quarter, Casey says they feared the pandemic would be the downfall of pool installations, as they are considered more of a luxury purchase. As it turns out, the opposite was true.

Because of the quarantine and the initial ban on travel, numerous people cancelled family vacations, leaving them with money available for other projects and endeavors.

“People began to look inward and at their own backyards,” says Casey. “The level of interest did a hockey stick on us. Over the course of the next few months, it’s easy to see that this should probably continue.”

While the interest was there, Casey says the traditional ability to meet with customers face-to-face was taken away, which meant the company needed to adapt to digital methods of consultation.

At the start of the quarantine in Pennsylvania, Casey says representatives were not even allowed to go to a customer’s property for measurements, even if they planned to have no interaction with the customer while there.

In about three weeks, Casey says they had their whole company operating virtually in the design and sales processes.

“It was a pretty fundamental change in a very short period of time, but customers were very receptive to that and very willing to participate in that,” says Casey. “And the sales numbers just went nuts; it’s been very robust. I would say by week 16 or 17, the amount of traffic we were getting were serious inquiries and was going up measurably.”

Casey says they operate in 17 major metropolitan markets and are present in certain areas in New Jersey, Connecticut, New York, Pennsylvania, Delaware, Maryland, Virginia, West Virginia, North Carolina, South Carolina, Texas and Nevada. Overwhelmingly, they saw dramatic increases in all of these markets, except for the Las Vegas area.

Casey says he’s seen the interest in pools for both leisure and exercise grow tremendously over the last few years, as more people are becoming health conscious and are seeking less strenuous methods of working out.

Along with the health benefits that come with a pool, Casey says the relaxation element is a huge selling point in today’s stressful world. With so much unease and unknown circulating, Casey says customers long for a method of escape from the trials of work life, while also being able to spend time doing family activities.

Pools, he says, are the perfect meeting point between both of these desires.

When talking with potential customers about their pool design, Casey says it’s all about matching form and function. When initially interviewing clients, Casey says designers will talk extensively with them about what the pool will be used for and what their expectations for the pool are.

Since face-to-face meetings are still off the table, Casey says their whole design team is equipped with the necessary technology to conduct an accurate, three-dimensional, to scale backyard design completely online.

Once the plans have been approved, it’s time to get to work installing.

While the design process has changed significantly for the company, Casey says the installation process hasn’t been affected as much. The main struggle Casey says they experienced at the start of the shut down was being able to get necessary building permits with so many municipalities being closed.

“The overall elongation is really on the municipal side as they recover and begin to step back up and catch back up on the backlogs they had,” says Casey. “On the construction side, it’s not taking us longer. On the sale to permit approval period side, in some areas that’s longer because some jurisdictions completely ceased operations for a period of time.”

Casey says phase one of installation starts with procuring all of the necessary approvals for the client to ensure the process can get underway. Phase two begins the building phase.

Step one of this phase is to send the designer and project manager to lay everything out in the yard, per the design. Once the customer has approved the design, they begin digging the pool. Once excavation is completed, they then install a network of steel reinforcement rods that run throughout the inside of the excavation.

The pool is then inspected and approved by both Anthony & Sylvan Pools and a third-party inspector before moving to the next step. They then begin applying materials that form the shell of the pool, and once the shell is in the ground, they add in the aesthetic pieces.

Casey says the plumbing is done on a closed loop system that takes water out of the pool, sanitizes, cleans and filters it, then puts it back in the pool. They then put tile in the pool, which gives customers the chance to personalize their pool and fit it into their existing landscape theme. A coating is then put on the pool that covers the shoulder of the pool to keep users from seeing the shell.

Once this is complete, Casey says customers may want to add in decking around the structure or have fencing put it, depending on local codes.

The final step for this phase is the interior surface, which is a hand-troweled application that can be done with a wide variety of colors and materials. Casey says once this is complete, they will fill the pool with water immediately.

The third and final step is pool ownership. Since many customers are new to the world of owning a pool, Casey says they send their professionals back to meet with the customers afterward to give them the rundown on “pool school.”

“It’s a marvelous process because it’s the last of the great handmade products,” says Casey. “It’s built from scratch in someone’s backyard and there’s no factory required.” 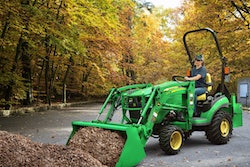 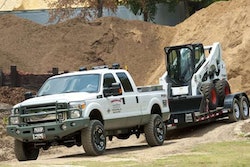 Issues to watch for when towing a trailer 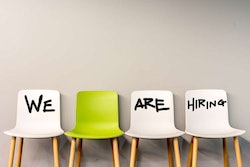 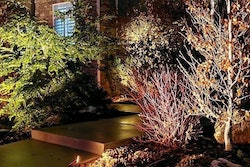