The two organizations teamed up at Piedmont Bobcat, the local Bobcat dealer near where Long lives in North Carolina, to personally deliver the machine to the veteran. The company says he also received a framed photograph featuring his new machine and all 45 of the Doosan Bobcat employees who had a hand in assembling it, along with their signatures.

Doosan says Long was randomly chosen as the winner from a pool of candidates, and Long says the T76 will speed up the process of refurbishing the decades-old former tobacco farm he and his fiancée recently purchased in Elon, North Carolina. As a veteran, Long says he is excited to give back to the military community as well.

“The Bobcat T76 compact track loader is a beautiful machine,” says Long. “I have so many projects I want to get started on right away. I hope to support local veterans, either by hiring and teaching them or working with veteran-owned businesses. I want my farm to be a relaxing place for veterans to be understood and respected. Now that I have this machine, my vision for this property will come together much faster and transform my property into a sanctuary for my fellow warriors.”

Long, a native of Branchburg, New Jersey, served in the U.S. Army from 2010 to 2014, including a deployment to Afghanistan. Returning home with post-traumatic stress disorder and a traumatic brain injury as a result of his service, Long found support with WWP, a nonprofit organization dedicated to serving injured veterans and their families, which helped him with his recovery.

Paired with the bucket attachment, Doosan says the T76 will help Long reclaim his fields, lay down gravel for the roads around the farm and repair the property’s pond. He plans to use the land to grow vegetables, maintain an orchard and start a chicken egg operation. Long says the T76 will also be useful in tilling, grading and clearing fields, digging irrigation and drainage ditches and moving hay bales, animal feed and other materials.

“Giving away a new Bobcat T76 compact track loader is just one way we can thank someone who has given so much to our country,” says Mike Ballweber, president of Doosan Bobcat North America. “As a company that has many employees and dealers who are U.S. veterans, we have a tremendous amount of respect for those who have bravely put their lives on the line, so Doosan Bobcat was proud to honor Andrew for his service and sacrifice.”

Doosan Bobcat says its partnership with WWP is a part of the company’s commitment to serving as a community partner to build strong relationships and provide financial and in-kind support to organizations and programs that make a positive impact in communities.

The company says it formally launched its partnership with WWP at CONEXPO-CON/AGG in March 2020. Doosan Bobcat says it raised money at the industry trade show by selling a limited-edition, scale model of a T76 camouflage-wrapped loader with the WWP logo. The company says more than $81,000 was raised to support injured veterans and their families.

“Bobcat is empowering Andrew to live our logo of one warrior supporting another warrior as he plans to give back to veterans in his community,” says Gary Corless, WWP chief development officer. “We’re honored to help support his efforts, and we are grateful to Doosan Bobcat for providing an essential piece of equipment to help him on his farm.”

The company says McGrath will manage the sales, distribution and service of all products, parts and accessories at the company-owned branch. He will also direct the development of marketing and advertising plans for the Visalia, California-based territory, encompassing California, Arizona, Nevada, Hawaii and Guam.

“We are excited to have Casey back in this position,” says Nick Jiannas, vice president of sales and marketing at Stihl Inc. “His familiarity with the staff, dealer network and the territory at Pacific Stihl will make for a smooth transition as well as a successful and stable environment.”

The company says McGrath is no stranger to this position, having served in the role from January 2010 to May 2012, and he replaces Murray Bishop, who was recently promoted to director of sales at Stihl Inc.

“It will be my pleasure to once again work with the dealers and personnel of Pacific Stihl,” says McGrath. “I look forward to building on the work of Murray Bishop and the entire Pacific Stihl team to continue to deliver excellent service to our dealer network.”

Ruppert Landscape appoints new members to board of directors

Ruppert Landscape recently appointed Cid Wilson of the Hispanic Association on Corporate Responsibility (HACR) and John C. Wagner of Arthur J. Gallagher & Co. to join the company’s board of directors.

As president and CEO of the HACR, the company says Wilson helps guide advocacy efforts to increase the representation of Hispanics in corporate America. In service of these efforts, the company says Wilson directs programs and initiatives that advance Hispanic inclusion in the areas of employment, procurement, philanthropy and governance at Fortune 500 companies.

The company says his passion for service is exemplified through board memberships with leading minority advocacy groups, including LatinoJustice PRLDEF, the National Council of La Raza and Dominicans on Wall Street. He is the former national president of the Dominican American National Roundtable and a gold life member of the NAACP.

Wilson graduated from Ohio State University with a degree in economics. He is a proud Dominican American with Bergen County, New Jersey, roots.

“As a company with a diverse workforce, many of whom are of Hispanic heritage, we will most certainly benefit from Cid’s cultural perspective and insight into how we can further engage and empower our people,” says Phil Key, president of Ruppert Landscape. “Additionally, his considerable analytical experience makes him a valuable addition to our board as we aim to make data-driven decisions to grow the company in a way that benefits employees.”

As the National Director for Arthur J. Gallagher & Co., the company says Wagner focuses exclusively on the risks associated with construction and real estate companies. Before Gallagher, he founded and was CEO of Construction Risk Solutions, LLC (CRS), a high-end management consulting and risk management firm that specialized exclusively in large construction companies.

Prior to starting CRS, Wagner was executive vice president of Willis of Maryland, where he managed the construction practice for the Mid-Atlantic region. During that time, the team grew from a start-up group to one of the largest construction risk management teams in the country, with a dominant position in the area of surety.

The company says he acquired his unique knowledge of the construction industry through his work with several large construction companies. Wagner is a national speaker on the subjects of surety and risk management and previously served as an adjunct professor at his alma mater, Millersville University. He holds a master’s degree from the Indiana University of Pennsylvania.

“John has extensive experience in the construction industry, which constitutes about half of our business, and is deeply knowledgeable on the subject of safety and risk management,” says Craig Ruppert, Ruppert Landscape CEO. “Perhaps, more importantly, he is intimately familiar with the Ruppert culture through our long-time partnership with Gallagher and has been supportive of our various initiatives over the years. Additionally, he has experience in succession planning, having developed a CEO forum group that helps transition second and third generation family businesses. We are looking forward to the many insights that he will undoubtedly bring as a member of our board.” 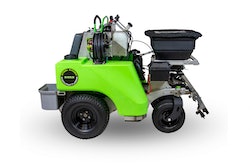 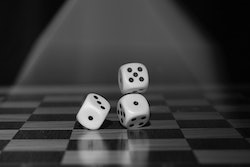 Are you gambling in your landscaping business? 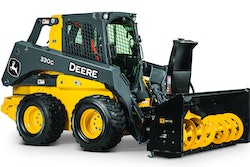 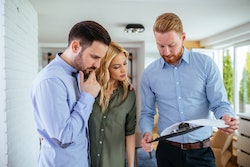 How to: Qualifying customers in residential landscape