Lindsey Getz
Apr 15, 2021
Brian Schwartz, founder of Iwanttomowyourlawn.com, has been donating his time and mowing services during the pandemic
Brian Schwartz

Laid off from his role as a digital advertising executive at the height of the pandemic, it didn’t take long for Brian Schwartz to realize he had to find something to both fill his unexpected free time and reduce the stresses in his life.  So, the Wayne, New Jersey, resident began to think about how he could get to work.

“I knew if I sat around all day, I would just get depressed,” he says

Schwartz’s goal was to stay busy—and active—and he found to his surprise that mowing the lawn was therapeutic. That got Schwartz thinking about how he might be able to help elderly neighbors who also needed their lawns mowed.

Schwartz then created the website, I Want to Mow Your Lawn and started sending out a few local news releases. They detailed how Schwartz was willing to mow lawns free of charge to anyone age 65 and older, and the requests began rolling in. The media coverage took off, too.

“This has spiraled into more media coverage, which has led me to other people, like me, who had been laid off or furloughed and were looking for something to do with their time,” Schwartz says. “That has helped us to spread into other parts of the country.”

An opportunity for pros

With the help of volunteers, I Want to Mow Your Lawn is currently serving more than 100 clients in six different states. Schwartz admits that he hadn’t expected it to grow this much, but he wants to take advantage of the momentum.

Many clients are veterans, so the effort now serves vets as well. Schwartz says he also has plans to extend services to cancer patients and single mothers. I Want to Mow Your Lawn has also officially incorporated as a 501c3 nonprofit organization.

Schwartz says he wants landscaping professionals to know that he’s not trying to take any business away from them—in fact, he sees it as a great opportunity for pros to grow their business.

“I think there are a lot of landscaping professionals who would love to help out and volunteer more,” Schwartz says. “Giving back to the community is rewarding but it also gives landscapers great visibility.”

Schwartz just introduced “version 2.0” of his online platform, which allows landscapers to volunteer and gain client reviews and visibility. As a digital advertising executive, Schwartz has found a creative way to merge his knowledge of SEO and his drive to help others.

“I’m really working on a lot of the front-end marketing engine piece of this and trying to make it easy for people to volunteer and gain some business benefits from it—making it a win all around,” Schwartz explains.

While some landscapers might be worried about people taking advantage of the system—so far, Schwartz (who does perform some soft background checks on both clients and volunteers) has found that only those truly in need have been signing up.

Going forward, he says he could see it expanding into other services as well.

“We’ve gotten some requests about other services like snow removal or tree work,” he says. “I’d like to create some referral partnerships where we can help connect those in need to other services they might require."

Schwartz says this could be a great opportunity for landscapers to get involved.

“There’s a great feeling that comes from helping someone truly in need,” he adds. “Though I’m often offered tips, that’s not what this is about. This was truly an effort to help during some difficult times.” 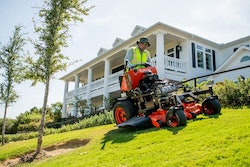 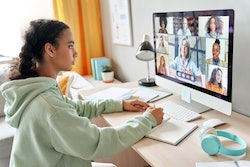