Terra Phelps, owner of Utopian Landscapes, LLC in Harrisburg, Pennsylvania never imagined a quick trip to the farm store for seeds would turn into becoming the new owner of 13 chirping chicks. But Phelps says she had a hard time walking away from the tub full of them adorable baby chickens. She’d always imagined having chickens at the company headquarters and decided this was a chance to give it a shot.

Phelps says they have brought so much value that it’s something she thinks other landscape professionals might want to consider.

A variety of benefits

Since bringing the chickens in, Phelps says she has noticed a number of benefits. One has been clients’ reactions and interest.

“When clients meet us at the shop, they always ask about the chickens,” Phelps says. “Some want to hold them, and kids love to play with them. It’s been helpful to have something for the kids to be fascinated with while their parents are busy making big decisions.”

But Phelps says that chickens also offer natural pest control and landscaping around the property. She’s watched them nab gnats, earthworms, flies, and spotted lantern flies. They have also dethatched many areas of the lawn with their natural scratching. Phelps says she can use the chickens to target areas that require dethatching by tossing their feed in those spots.

This has given her the idea that it could actually be a landscaping service.

“I could see value in creating a chicken rental program for natural lawn treatments, pest control, and entertainment,” she says. “They have mobile coops so that service wouldn’t be too difficult to add on. I think our clients will start to seek more eco-friendly options.”

But overall, Phelps says her favorite benefit is the therapeutic impact of the birds. She personally feels she has benefitted from having them around. While they can be messy, she says their value supersedes the downsides.

“These birds are so ridiculously funny and charming,” Phelps says. “Their entertainment value alone outweighs the messes. They do nip at landscape plants, but they haven’t destroyed anything yet. They scratch lightly at the mulch to look for food.

While her chickens haven’t started producing eggs yet, she plans to use the eggs as a job perk for team members—giving them access to healthy, free-range eggs.

According to Phelps, the investment to add chickens is under $2,000. While the chicks are only around $5 each, the coop and supplies are the most expensive cost. Phelps says this can range from $300 to $1,200 depending upon your coop set-up. She also invested in an auto-door opener for the coop for $200.

Her chickens are free-range and can run around the lawn at the shop. But she says not everyone will have the space.

“Most people won’t have the option of free range,” Phelps says. “Chickens need coverage to protect them from predators like hawks. Even free- range chickens spend very little time in open areas. They will actually sprint from tree to tree. So, we’ve planted some trees to help them safely navigate. But if you enclose them, just have a spacious run for them to explore and find natural food.”

Phelps says that she has found chickens to be “surprisingly awesome pets,” and is very attached to them. Her two rescue dogs have also come to love the chickens—as does the landscaping crew who often have hilarious stories to tell of their chicken encounters when returning from a day of work.

All around, Phelps says it’s been a great experience and she looks forward to seeing what the future holds. 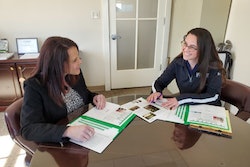 How to: Improving communication skills 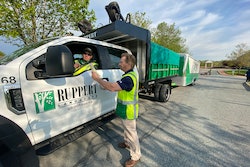