Don’t Be Last On The Technology Train 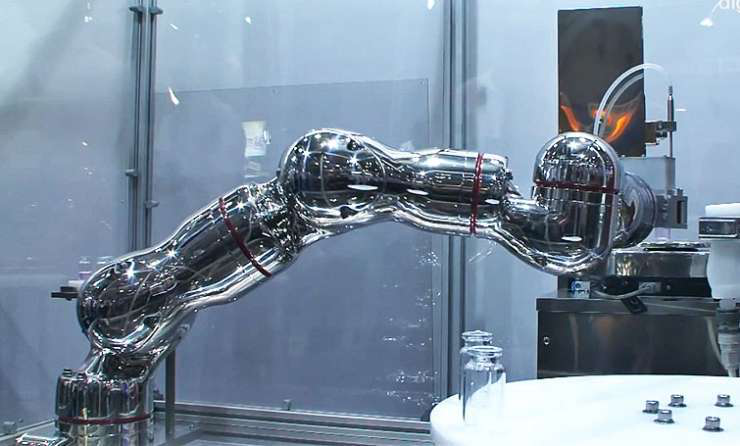 Technology is ever changing, and Kawasaki Heavy Industries is experiencing this firsthand, literally.

The company has created the world’s first stainless-steel robot, which is a robotic arm, according to Forbes.

With seven degrees of freedom – it’s the closest thing to being a human arm as possible.

This arm is a representation of how far technology has come and where it is going.

Don’t be the last one on the bus, because it’s going to pass right on by if you’re not paying attention.

Specifically, the arm is going to be working in sterile environments and can stand up against hydrogen peroxide gas.

Now, obviously this is not going to exist in every household from the minute it hits the market (which is scheduled for January of 2014).

In fact, most households and businesses will never see technology as far advanced as this, but this robotic arm is a sign.

It’s a sign that technology is here, and it’s not going away.

It’s not a fad, it’s not something that can be ignored and it’s not going to vanish.

No, we’re not going to be riding hovercrafts and transporting to another location in less than a second anytime soon, but the possibility is out there. It always has been, and this robotic arm is a sign of things to come.

Jump on that technology train and start implementing different pieces in your company. Use an iPad to show off your portfolio to a potential client, use Google Hangouts to host meetings with traveling crews to get the latest updates, use your website to its full advantage and market your company on social media.

Technology is changing every minute of every day, but it doesn’t have to be overwhelming.

Take it slow, do your research and find out what technology fits best with your company.