Over the years, the Mona Lisa has been recreated using a number of different mediums including coffee and seaweed, and now she can be found mown into a hillside in the Czech Republic.

Nicknamed the Mow-na Lisa, this variation was created by Dvorak, the Czech-based manufacturer of the Spider range of remote-controlled slope mowers as part of its first global social media campaign.

“We wanted to make a video to raise the profile of our product range and our company on a global stage,” said Pavlina Novakova, international marketing manager for Dvorak. “The germ of an idea was put forward at one of our regular marketing meetings and was gradually developed over a time scale of six months. We looked for an iconic image that would be recognized around the globe and decided on Leonardo da Vinci’s most famous work.”

The replica was created on a plot of land that was 670 feet by 820 feet with a gradient of 45 degrees. Originally, they planned to do the project near a motorway, but they wanted to make the finished product a surprise so they obtained permission from a landowner in Dolní Kalná in the Czech Republic.

After two days of detailed surveying, the group waited for perfect weather conditions before using the company’s Spider 1 and Spider 2 mowers to create da Vinci’s masterpiece in a day.

“Not only was da Vinci a great artist, but he was also an exceptional engineer,” Novakova said. “That connection dovetailed perfectly with the innovative technology in our Spider mowers.”

The Spider mowers can be used on golf courses, local parks, water and river management, highways and other locations. They are designed to mow on slopes up to 55 degrees and are controlled with radio remote controls.

Dvorak hired Mustard, a creative motion picture and digital agency, to film the process and hopes that their creation will go viral.

You can check out the video of the Mow-na Lisa below. 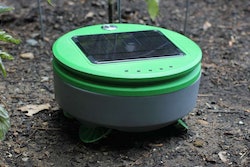 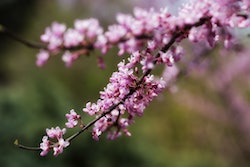 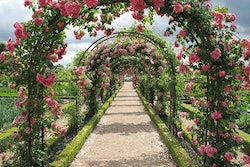 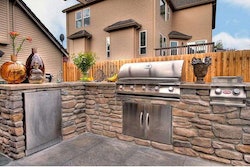 Get your customers thinking about their dream outdoor kitchen