Park West, a company that specializes in landscape construction, landscape management and tree care services, was hired to handle the landscaping portion of the Wilshire Grand Center, which opened this summer.

Known as the tallest structure west of the Mississippi, the Wilshire Grand Center is also the tallest building in Los Angeles and in California. The building has 900 hotel rooms, 365,141 square feet of rentable office space, and is 73 stories tall. Park West was commissioned to work on the first, fifth, seventh and seventy-third floors.

The company worked alongside landscape architecture firm RELM Landscape Architecture and general contractor Turner Construction, which Park West has a longstanding relationship with.

To complete phase one alone, four days of deliveries were needed to supply all the materials required. The Park West team transported over 100 bags of dirt, weighing 2,000 pounds, and two pine trees weighing 15,000-20,000 pounds apiece.

Due to the nature of the project, Park West had to work in close coordination with other trades in confined spaces, particularly when installations had to be done before a slab could be poured.

After the slab was finished, irrigation was stubbed into in each planter, followed by the soil, trees and shrubs. Planters were waterproofed and on the seventh floor alone the crews installed 150 yards of dirt.

“A project of this magnitude in downtown Los Angeles offered a tremendous opportunity for us to apply our expertise and collaborate with the other trades in creating a landmark for the city,” said Bart Ryder, president of Park West Landscape Construction. “An extraordinary level of teamwork, communication and organization were vital to keep it running smoothly. It was a fantastic experience, and we’re very proud of the end result.”

Another challenge that the landscaping company faced was hoisting materials to the fifth and seventh floors and using a freight elevator to get to the seventy-third floor. Workers could only use five hours out of an eight-hour day for hoisting as the other three hours were needed for setting up traffic control and the crane.

Park West is based in Rancho Santa Margarita, California, and has been in business since 1977. You can watch a video of their work on the project below. 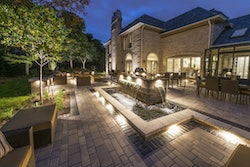 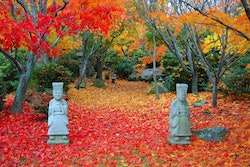 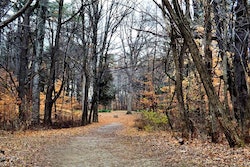 13 haunted forests not to visit on Friday the 13th 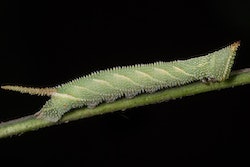