What is the best material for playground surfaces? 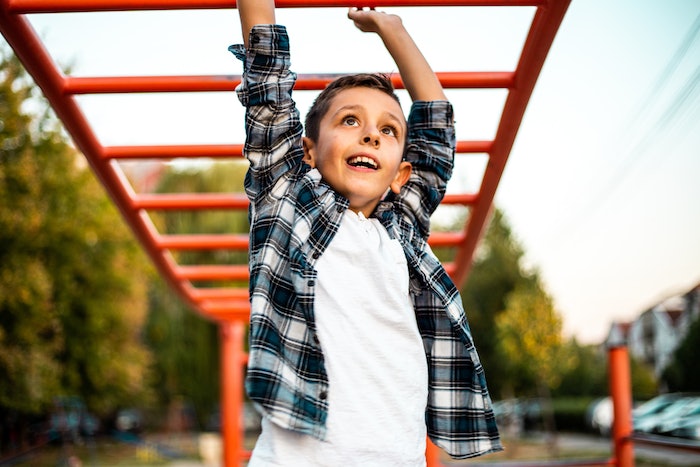 The right playground surfaces can help provide a soft landing.

Playgrounds are a place of childhood memories and fun. But when it comes to choosing the best material for playground surfaces, you want to be sure to direct your clients to the right choices so that users can truly get the most out of it. The surface beneath playground equipment like swings, climbing apparatuses, and other structures may need to be do double-duty as a “soft landing” when children jump or fall.

Douglass Delano, co-owner and founder of Level Green Landscaping in the Washington DC area says that pea gravel, rubber mulch, and wood chips are three commonly considered surfaces that his landscaping company installs at playgrounds. He says that there are pros and cons to each that should be considered as you direct your clients.

Pea gravel will give playgrounds a natural and organic appearance and will last for years before needing to be replaced with a new layer, says Delano. However, the fact that it is a hard surface does not make it ideal for the area beneath playground equipment.

“It also does not comply with the Americans with Disabilities Act (ADA) requirements because it is difficult for wheelchair users to navigate on,” Delano adds.

This material might work in areas of playgrounds where there are some basic plant beds or where your clients don’t want to worry about mowing or trimming (such as along a fence). In other words, this can be a decorative option if it’s not being traversed or played on.

Rubber mulch, which is made from recycled tires, is another potential option. According to Delano, it is less abrasive and a “softer” option for kids playing. It won’t break down over time (like wood mulch), so it may also be an economical choice for clients. Rubber mulch is typically ADA compliant, which is another benefit.

However, Delano says that there can be a fair amount of maintenance associated with rubber mulch including regular removal of weeds, leaves, and sticks. Rubber mulch can also become compacted over time and will need to be periodically raked.

“As part of routine maintenance, rubber mulch also needs to be sprayed with water to remove dust and dirt that collects on it,” Delano says.

Delano says that his top pick for a playground surface is engineered wood chips for a number of reasons. This includes the fact that they are ADA compliant, slip-resistant, springy enough to provide a soft landing, and they are biodegradable and made from renewable resources.

“The only downside that your clients might see is the fact that they need to be topped off each year with a fresh layer since wood chips will decompose over time,” Delano adds. “However, clients can appreciate that an annual layer of mulch does not cost as much as the initial installation. We typically install to an original depth of six to eight inches and top off with two to three inches of fresh wood chips once a year.”

Directing your client to the best choice

At the end of the day, whether you’re working with a municipality, an HOA, a school, or even a residential client, you want to help them create a playground that is both safe and enjoyable. Your guidance can make a huge difference in the overall results—and your client’s satisfaction.

“Every client’s needs can be a bit different when it comes to the playground surface that is right for them,” Delano says. “As a landscape contractor, you can help guide them toward the best choice for them.”