Weighing in at under 2,000 pounds, Miniloaders.com says the KM85 is the smallest wheel loader of its kind available in the American market. With its 32-inch frame width and 1,000-pound rated operating capacity, the machine is a possible alternative to mini skid steers for landscaping and green industry customers.

“It has an excellent power-to-weight ratio as it is equipped with a 23-horsepower D902 Kubota engine. This engine is usually seen in heavier industry peers,” says Chris Sleurink, owner of Miniloaders.com. 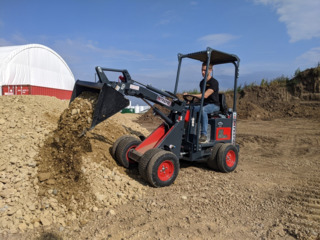 Intrepid KM85Miniloaders.comThe KM85 also features a dual-wheel setup, enabling the operator to remove the outer wheel, decreasing the total width from 47.5 to 35.5 inches. This makes it possible to haul debris and materials through a standard 36-inch-wide gate.

The KM130 Tele is the largest wheel loader in the Intrepid lineup. It weighs 4,000 pounds and comes with a telescopic boom. Powered by a 25-horsepower Kubota engine, the KM130 Tele has a rated operating capacity of 2,000 pounds and a 10-foot, 5-inch lift height. The loader is equipped with an MT-style universal mount plate and hydraulic quick-connect.

Both models come standard with a hand throttle. Once the operator sets the desired rpm level, the foot throttle pedal in turn determines drive speed (instead of rpm). This enables better use of continuous-flow attachments like sweepers and mowers, the company says. It also allows customers to select the fixed-rpm drive mode as seen with skid steers.

Intrepid loaders are sold and distributed directly out of Wisconsin. 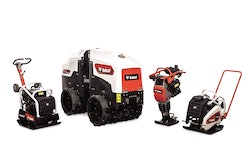 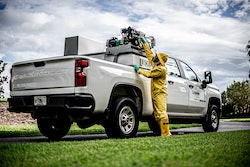 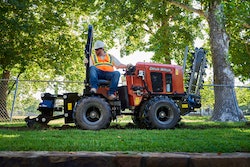 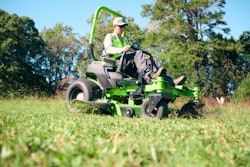