It’s been three months since I picked up a Honda Pioneer 500 side-by-side from Ramsey Waite, the local dealer near our West Coast editorial office in Eugene, Oregon.

During that time I’ve only put about 100 miles on it according to the digital odometer – miles limited only by the winter weather.

Those miles have been short-distance jaunts during hunting season and handling work-related tasks around home and a friend’s ranch.

But that seat time has revealed a lot about Honda’s newest side-by-side addition into this ever-growing field of utility/recreational machines.

The model I have is the base version Pioneer 500, which retails for $8,499. It comes without a bed, roof or windshield, all of which are options.

Those add-ons move the 500’s price up into the range where competitors such as Polaris and Yamaha reside with their tilt-beds-equipped models.

That said, it’s easy to make your own bed cargo storage box to keep chainsaws, tools, fuel and gear stored, or to carry up to 450 pounds on the tubular rear rack.

So instead of ordering the $500 Honda bed or $300 cargo tray, a friend whipped together a cargo box made out of scrap plywood and 2x6s that bolts to the Pioneer’s rack. It works fine and cost all of $10.

I did order the hard roof ($360) and windshield ($400) to keep those in the Pioneer’s bucket seats protected from elements and wind out of our faces.

Those accessories clamp into place in just a few minutes without hand tools. That’s a nice touch, as they can be quickly and easily added or removed on an as-needed basis.

The 50-inch-wide 500, which fits on typical ATV trails and in the bed of a full-size pickup, is comfortable on smoother dirt roads and farm fields. But I wished the side-by-side’s four-wheel independent suspension had a little more travel for running over the rougher terrain – and more ground clearance.

Lack of traction has not been an issue during any of my outings, and the 475cc four-stoke’s power has been adequate for the utility and hunting tasks it’s been used for up until this point in our long-term test.

The four-stroke Honda engine seems to sip fuel and it starts with great ease even when the temps are in single digits. Honda has always been know for great engine technology and the new Pioneer is no exception.

The 475cc four-stroke, which we talked about in our first Pioneer 500 article, doesn’t have the horsepower to compete against the bigger, more refined sporty side-by-sides on the steeper dunes. Still, it’s more than adequate to run the beach and motor around the lakes and lower elevations.

The Pioneer’s agility in tight places is nice. The steering is quick, the seats comfortable and I appreciate the netted doors and the ease of entry and egress they afford. You feel quite comfortable in this machine.

I am, however, a little perplexed by the ultra-low first gear, which has no real use unless you might be towing a heavy trailer or inching up/down some really steep incline.

During normal use, first gear is basically useless. What I find myself doing is starting off in either second or third gear, which is much smoother on the occupants and transmission than starting in first.

The Pioneer 500 is unique in that it uses paddle-type shift levers instead of the more conventional shifters found on other machines. It’s easy for anyone to hop in and drive.

What I don’t like is having to pull the lever under the dash and shift the paddles to get into reverse. It’s cumbersome and not the least bit intuitive.

Future plans are to take the Pioneer 500 to the Oregon Dunes for a day or two of beach/dune recreational riding, exploring and surf fishing. It’s also going to see a little more time around jobsites before going back to Honda.

So far, the smallest of Honda’s Pioneer line has been try to stick to its roots: conservative and well built for utility and general recreational uses. 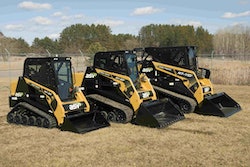 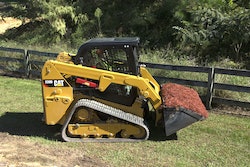 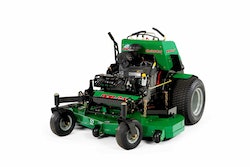 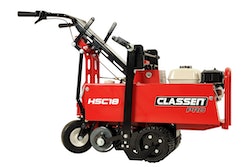