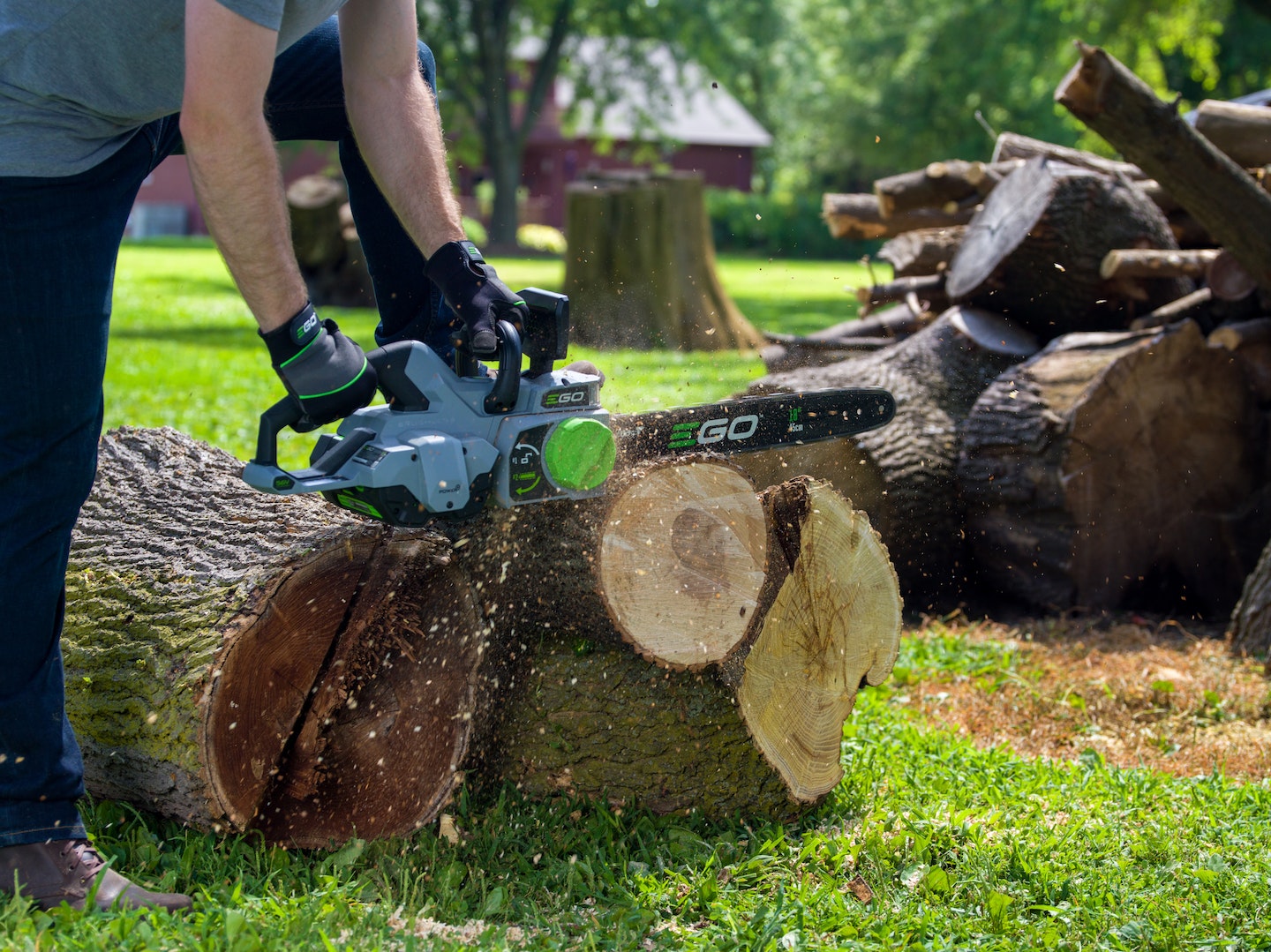 This chain saw is comparable to a 40cc gas chain saw and can cut through large branches, stumps and trees with its 18” Oregon bar and chain. Operators can easily tighten the chain with the twist of dial with the new tensioning system.

The chain saw has 11,000 RPM for efficient cuts and can cut 250 pieces of four by four wood in a single charge. The 56-volt charger can get the battery back to 100 percent in 100 minutes. 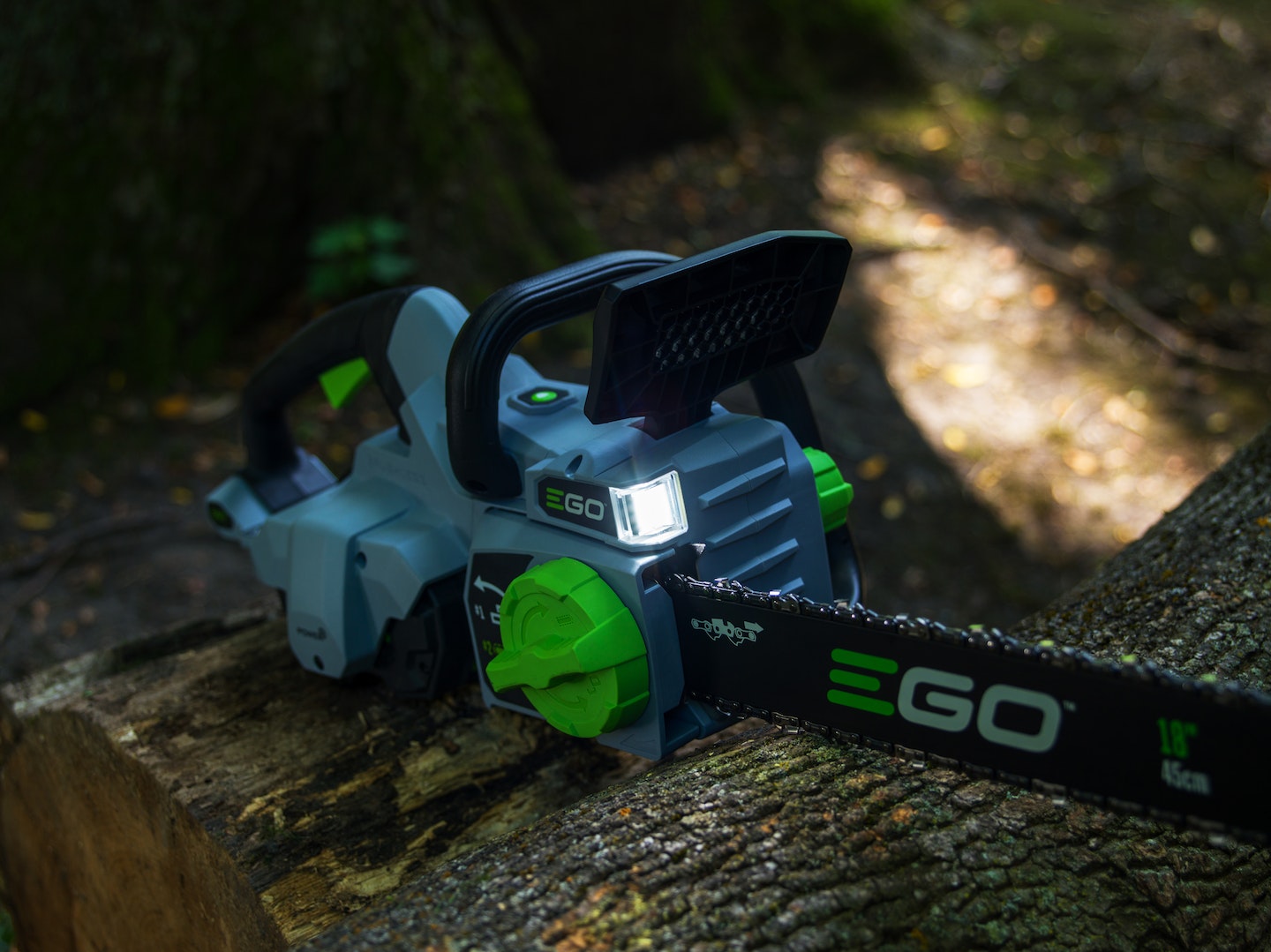 LED headlights are incorporated into the machine to provide light for cutting at dusk or in emergencies at night. The MSRP for the chain saw is $239.99.

Ego debuted its Commercial Series during last year’s GIE+EXPO and since then, Gerry Barnaby, director of excitement for the company, says battery power is becoming what consumers are coming to expect.

“For the brave adopters, it is fertile ground,” Barnaby says. “It’s great for those who want to be different.”

The common complaint from professional landscapers towards battery power is it currently doesn’t have the run time that gas equipment does. Yet, Barnaby says it really comes down to smart management of the tool and its battery. 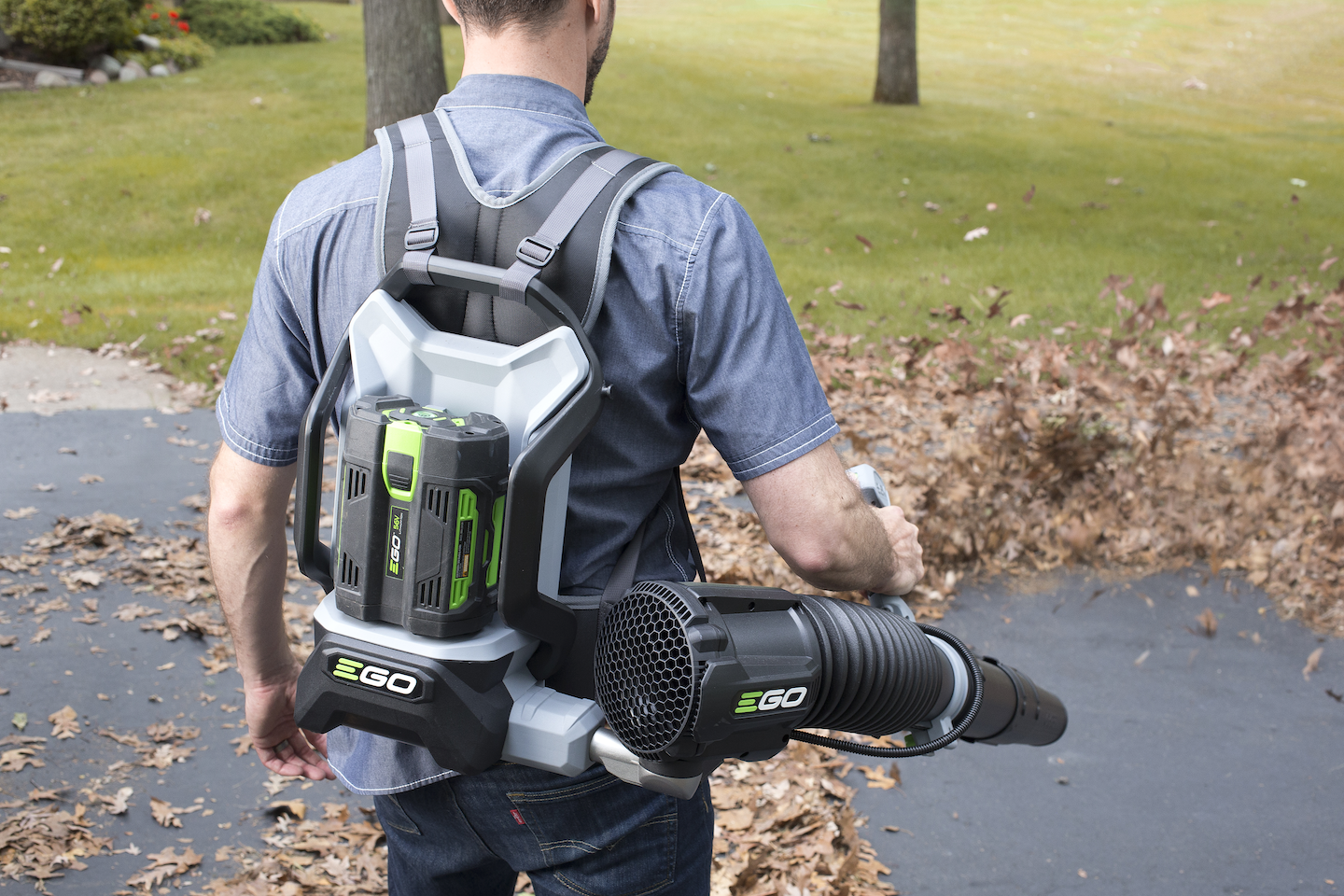 He advises landscapers to determine just how long they are running specific pieces of equipment in a day and buy the right amount of batteries to fill that need.

Stan “Dirt Monkey” Genadek, owner of Genadek Landscaping & Excavation Inc., based in Mendota Heights, Minnesota, says with the 56-volt battery backpack from Ego, his crews can use them for two whole days before they’ll need to charge them.

“My guys love it,” Genadek says.

He says he understands why others are still hesitant towards battery power and don’t want to gamble their money on equipment that might not perform as expected, but he says Ego has solved the run time issue.

Barnaby says landscapers can choose between using the BAX1501 backpack battery or the Power+ backpack link when running their commercial equipment.

Meanwhile, the backpack link allows the user to put the weight of any Ego battery on their back rather than in the tool to help reduce fatigue. Its MSRP is $179.99.

Another product Ego showed off at the 2019 GIE+EXPO was its Nexus Power Station, which is a battery-powered inverter. This is the first Connected product in the Ego Power+ System. Users can control the inverter through the Ego Power+ app. 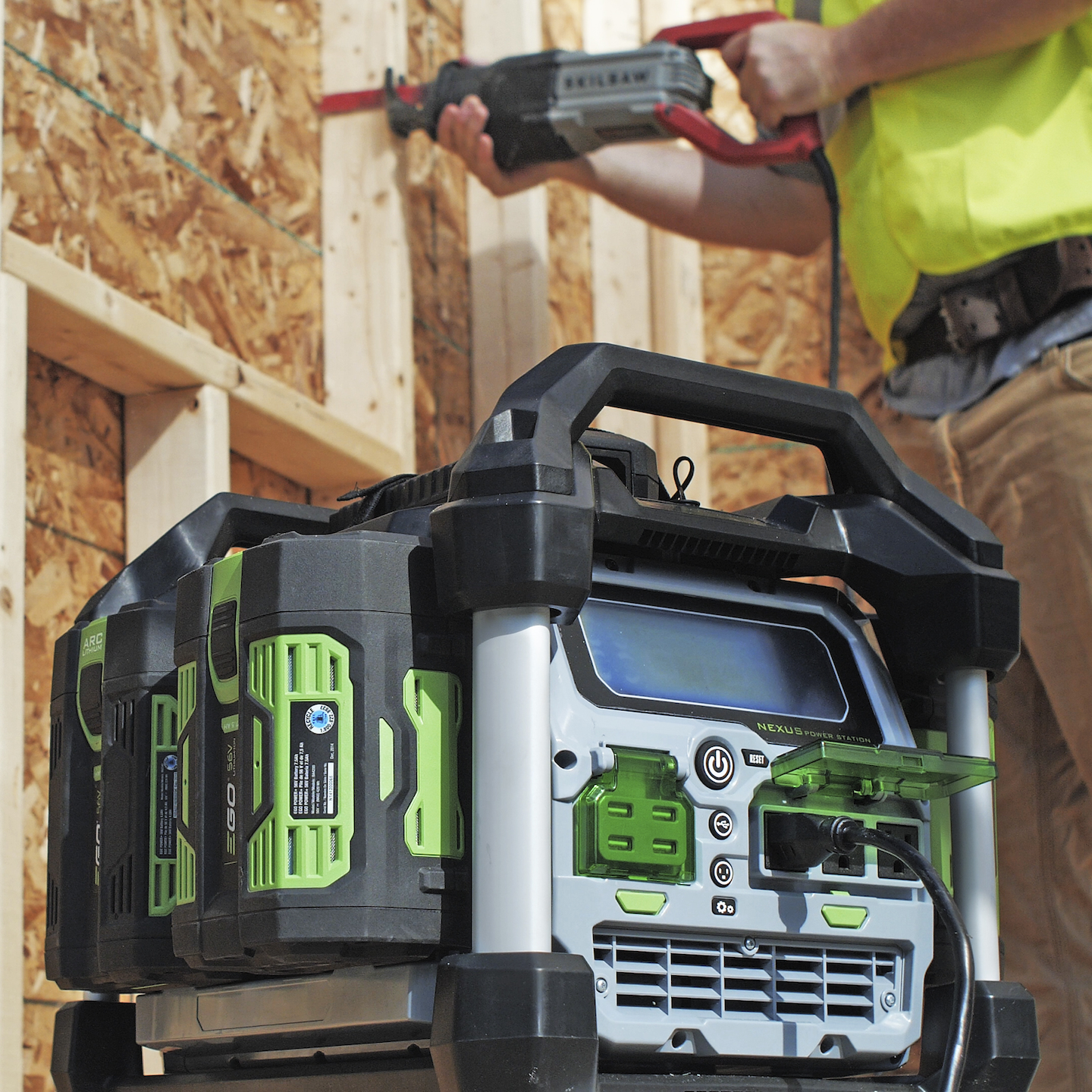 The Nexus Power Station can use anywhere from one battery to four to deliver power, and when the power is back on, it will recharge the 56V Arc lithium batteries.

The Nexus has four USB outlets, three AC outlets, a 4-port charger, an LCD display and solar charging capabilities. The inverter is weather resistant and weighs a little over 50 pounds with four 7.5 Ah batteries.

With four 7.5 Ah packs, the Nexus can provide 1,680 watt-hours of power. Run time varies based on the batteries used and the devices being powered. The runtime can be monitored on the LCD display or on the app.

On the app, users can toggle between Bluetooth and WiFi connection, view the current watt output per outlet, turn outlets on and off and view the battery charge status on each port.