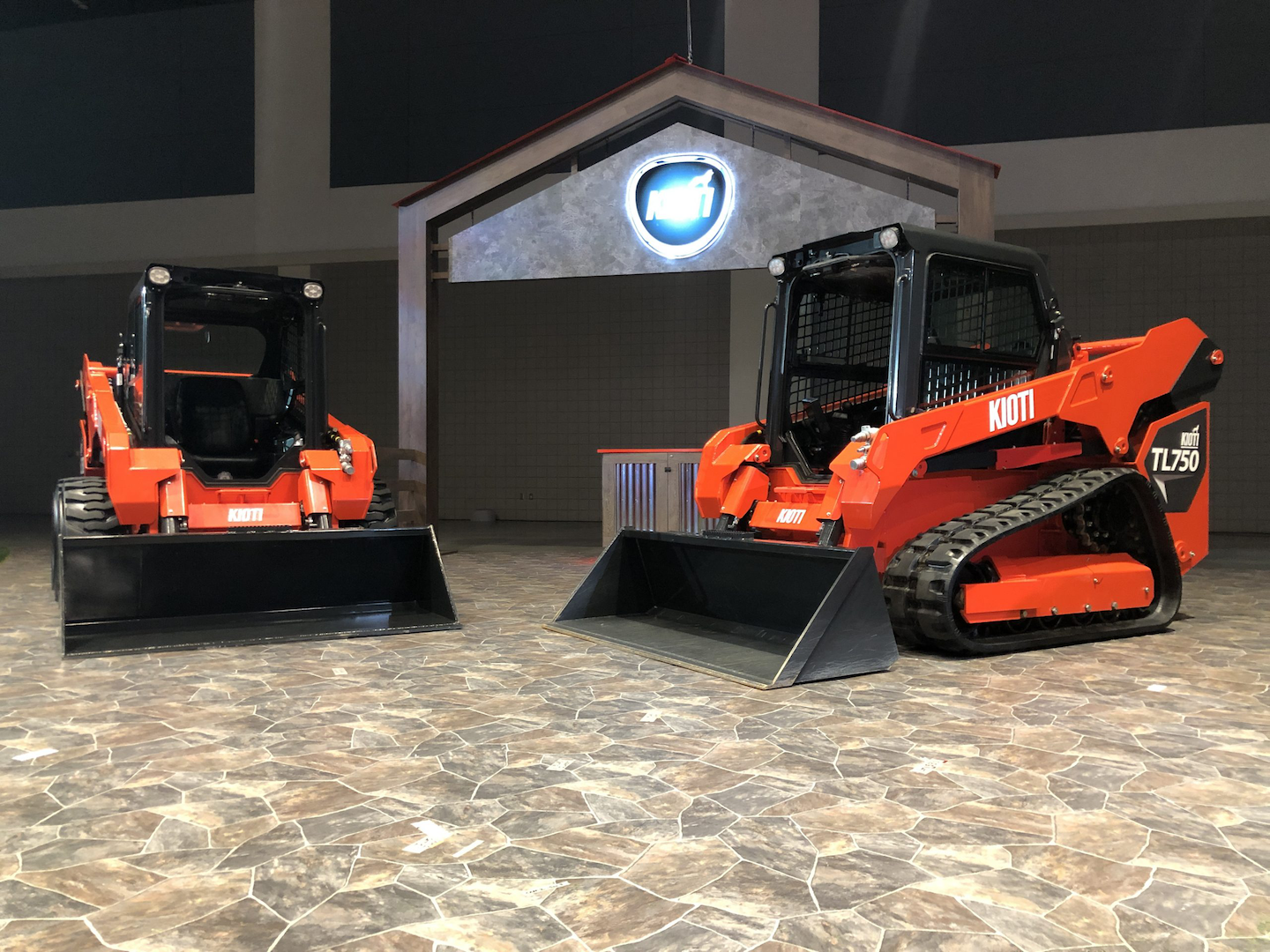 Kioti, the Daedong-owned brand that’s long been a fixture in the hobby farmer market with its compact utility tractors, says it will introduce a Kioti-made compact track loader and skid steer to its dealers in 2021. Production will likely start in 2022.

Although details are few and all specs are preliminary, the 74-horsepower compact track loader and skid steer will be positioned mid-range in both markets.

Kioti says its TL750 CTL will likely feature electro-hydraulic controls, a sliding entry door that lifts up instead of swinging open and 15.7-inch tracks.

Preliminary specs have the TL750 CTL weighing 9,315 pounds and the SL750 skid steer having an operating weight of 8,157 pounds and a breakout force of 5,884 pounds.

Kioti emphasizes that the new entrants will be designed, engineered and manufactured by them. “We’re not private labeling anyone else’s machines,” says Joel Hicks, Kioti product development manager. “Our goal is to offer as much benefit to the customer at a reasonable price.”

The 4-cylinder 74-horsepower Daedong engine will be the newest engine entrant among CTLs and skid steers, competing against such established compact engine manufacturers as Yanmar, Kubota, and Kohler.

Almost all of Kioti’s under-75-horsepower products, with the exception of the zero turn mowers, have Daedong engines. “We have a long history of manufacturing engines,” Hicks says, “and we were the first Korean engine manufacturer to receive EPA Tier 4 certification.”

“We are looking for additional opportunities in complementary markets that could be served by our dealer network,” Hicks says. “Compact construction equipment is a natural evaluation for us when you look at the customers and dealers we focus on as well as our manufacturing capability.”

Kioti expects to benefit from its established relationships in the hobby farm/rural lifestyle market, which will make up a portion of its CTL/skid steer initiative, says Greg Bibee, director, strategic sales and marketing.

The company will also take advantage of its landscaping clientele, enhanced by its entry into the zero turn lawnmower market. “It all kind of crosses over,” Bibee says. “We see it as an opportunity where we can give our dealers and customers a more complete offering under the Kioti brand.”

Kioti has around 500 North American dealers, with headquarters in Wendell, North Carolina, and a Canadian distribution center set up last year in Mississauga, Ontario. “A lot of our dealers don’t currently carry compact construction equipment, so this will enable them to serve a new market,” Bibee says.