Northern Virginia native Bryan Hill says that going into the service was always the plan. It's in his blood. But after retiring from the Marine Corps, he was in search of a career where he could find a home. That ultimately came in the form of a role in the Green Industry.

Coming from a long line of veterans

Hill comes from a long line of veterans. He has a photo of a great-great-grandfather that served in the Civil War. His grandfather served in the Korean War and his Great Uncle was in World War II. And both of Hill's brothers went into the military, as well. In fact, all three of them were in Al Asad Iraq at the same time. For Hill, that was his second deployment (for the first he had served in Fallujah, Iraq). Hill's oldest brother was in the Army and his middle brother was also a Marine.

An article was written about the three brothers uniting briefly in Iraq before they had to each go their own way, all in service to their country.

"I've always felt an obligation to serve my country," says Hill, who today works for Kingstowne Lawn & Landscape in Alexandria, Virginia. "And I do think it teaches you a lot of life skills that stay with you. Leadership, self-responsibility, and other disciplines that help to make people successful are all well-taught by the military experience."

Transitioning into the Green Industry

When he retired from the Marine Corps, Hill first went into business for himself working as a dog trainer. He also had a role as a project manager working for a company handling mold remediation and water damage. In this role, he saw homeowners dealing with distressing circumstances, so

Hill says that when he took an open position with Kingstowne Lawn & Landscape, it was refreshing.

"Here, we're selling services that homeowners really want and it's something they're usually very excited about," Hill says. "That has been rewarding. It's also rewarding to drive around the area and see some of the properties that we've transformed."

Although Hill says he never imagined he'd end up in the Green Industry, working outdoors has been something he has always enjoyed.

"I grew up working outside at my grandparents' house whether it was weeding or pruning or leaf removal," Hill says. "I've always considered myself as having a green thumb and it was something I enjoyed. I especially appreciate that I get to be outdoors for my job. I really like that I don't have to sit at a desk all day."

Hill started out as a lawn care technician and today is an Account Manager. He says it has helped to see some of the lawn and landscape problems that clients might have, first-hand.

"I've learned a lot in this role and I really enjoy it," he says. "I have definitely found a home in the Green Industry." 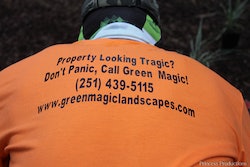 Persistence is key: Facing the struggles of the green industry 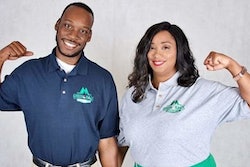 Starting the journey: From tragic to Green Magic 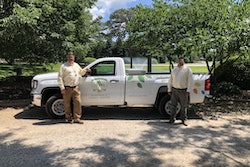 Leaner, meaner: Seasonal Services focuses on how to improve daily 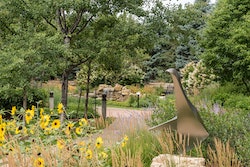